Israeli intelligence and negotiations experts fly to Nigeria but officials decline to get involved militarily.

An Israeli team of security officials are expected to arrive in Nigeria within a few days' time to aid the country's security forces in their fight against the Islamic terrorist organization Boko Haram, which kidnapped more than 300 school girls in April.

The formation of the Israeli team, expected to aid the Nigerians in effective hostage negotiation, was the result of a phone call on Sunday between Prime Minister Benjamin Netanyahu and Nigerian President Goodluck Jonathan in which the Prime Minister offered Israeli aid.

According to former head of the Mossad, Major General Danny Yatom, it's Israeli policy not to share intelligence information with locals in these types of situations.

"We need to remember that a month has already gone by since the kidnapping and things that could have been done in the beginning of the crisis are impossible to do today," said Yatom. 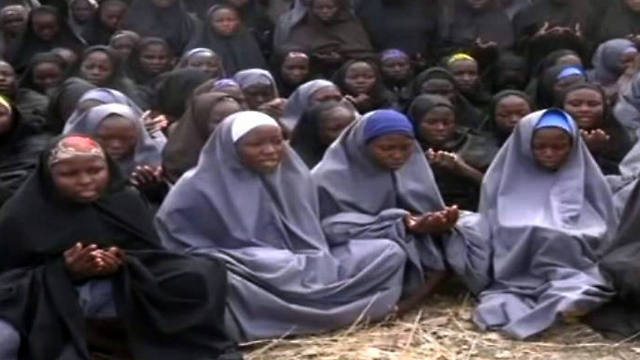 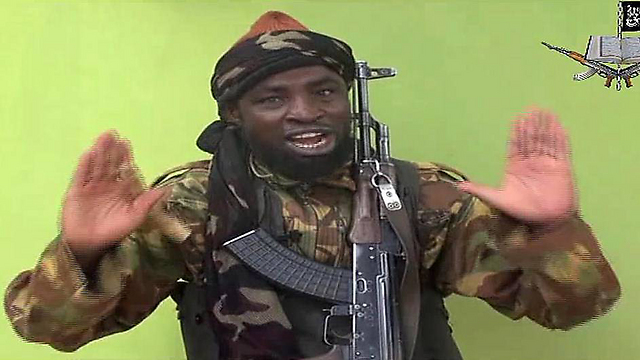 Leader of Boko Haram, Abubakar Shekau (Photo: AFP)
Yatom explained that the Israeli team would probably be comprised of specialists in abduction crises. "Besides the terror incident in Westgate Mall in Kenya, in which Israel also provided counseling, there have been many situations in the past when the State of Israel offered her help." "For the most part, those countries have also agreed to receive aid, but some of these circumstances have never been publicized," said Yatom. Yatom said that the Israeli experts could provide guidance to the Nigerians in building a better picture of the most effective options to gather intelligence on the terrorists and their captives. All the while, the Nigerians and the Israeli team will need to bear in mind what resources and abilities are at the command of Nigerian security and intelligence officials. The former Mossad official said that in the past there were formal security advisors, including IDF officers, who aided armies of Africa and South America. He noted that the team could greatly increase the odds of finding the kidnapped Nigerian girls as well as offering good advice on the best ways to secure their release. "We're talking about a large group of girls, who must have left a trail. It's possible to utilize the local intelligence much more," said Yatom.

Ynet's security analyst Ron Ben-Yishai, explained that first and foremost Israel has significant capabilities to aid Nigeria in the collection of intelligence as it's helped foreign countries in the past. Israel has exceptional knowledge in this arena from her experience collecting information with the use of unmanned aerial vehicles and listing in on communication networks.

Ben-Yishai said that it's not inconceivable that Israel would send UAVs at the request of the Nigerians although it's likely that Nigerians already have Israeli made UAVs in their arsenal. 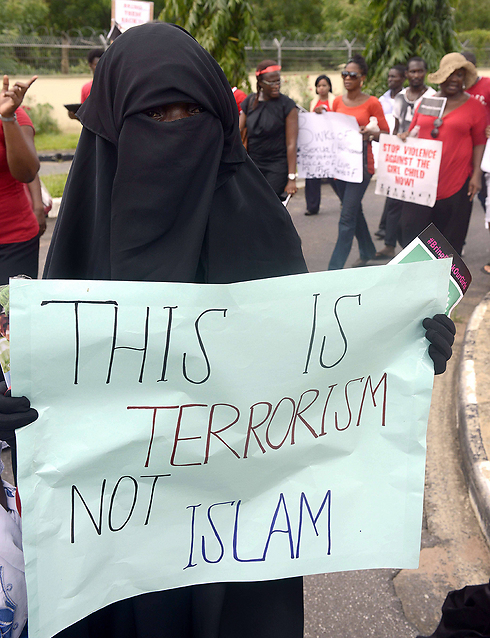 Photo: AFP
The collection of intelligence is the most critical step facing Nigerian forces, but Israel could also help analyze data and prepare for a rescue operation. If Boko Haram terrorists were to use the girls as hostages during a rescue attempt, Israeli experts could also give their experience and knowledge in hostage negotiations.

To Help Those Who Helped Us

These are all things that Israel can offer in help to Nigeria, which according to foreign sources has helped Israel in the past in collecting information on Hezbollah in Africa and weapons shipments to Hamas, Hezbollah, and Syria. According to the same sources, Israelis helped Columbian security forces gather intelligence and plan rescue missions in the past when Íngrid Betancourt, a presidential candidate in the country, was taken hostage and held for over six years by underground organization 'FARC'. The first confirmation that the kidnapped girls were still alive was received on Monday when Boko Haram released a video showing the girls in the town of Chibok in Nigeria. In the video the girls are shown praying and wearing the Islamic Hijab which covers the head and chest. Boko Haram claims that the girls have converted to Islam and said that they would release the girls in return for the freedom of Boko Haram militants in Nigerian prisons.

Nigerian authorities said that they haven't ruled out the option noting that, "all the options will be discussed" but family members of the captured school girls voiced opposition to the idea. One father said that, "It would be better for them to die than be traded for prisoners. If we release terrorists, then the kidnappings will never end."

The girls, most of whom are Christian, were captured on April 14 from the north-eastern Nigerian state of Borno. The girls were sleeping in school dorm-rooms when they were captures. Some were able to escape capture, but the whereabouts of those who were taken is still unknown.