While the Gaza flotilla approaches Israel's shores, Lapid issues a fiery statement decrying it as 'heinous' and provocative.

The third Gaza flotilla is nearing Israel's shores, having left Crete on Thursday.

The boat is currently running parallel to Egypt's Mediterranean coastline. The boat's arrival in the area will be the culmination of a long term public campaign by the organizations involved to raise the Gaza issue in the international media. The flotilla is due to arrive in Gaza on Sunday or Monday, but it seems unlikely Israel will allow it to reach the Gaza coast.

Meanwhile, the fiery statements by several MKs, ministers, and Prime Minister Netanyahu himself have kept coming.

MK Yair Lapid attacked the flotilla Saturday, as "a form of provocation against the State of Israel of people who are anything but defenders of human rights."

Speaking at a cultural event in Holon, the former finance minister said human rights were the furthest thing from the attempt to break Israel's blockade on Gaza.

"This is a flotilla of a group of terror supporters a heinous flotilla that needs to be stopped. We need to act against the flotilla the same way we do when dispersing a violent protest and these guys need to all be arrested," he said.

According to a report by the Anadolu Agency, the boats and activists who are taking part are from the organizations Canadian Boat to Gaza, Greece Ship to Gaza, Freedom Flotilla Italia, Norway Ship to Gaza, South Africa Palestine Solidarity Alliance, Spain Rumbo a Gaza and Turkey's Humanitarian Relief Foundation (IHH) – made famous for its role in the Marmara incident.

The hype around the flotilla has grown recently with the news that Joint Arab List MK Bassal Ghattas would be taking part. 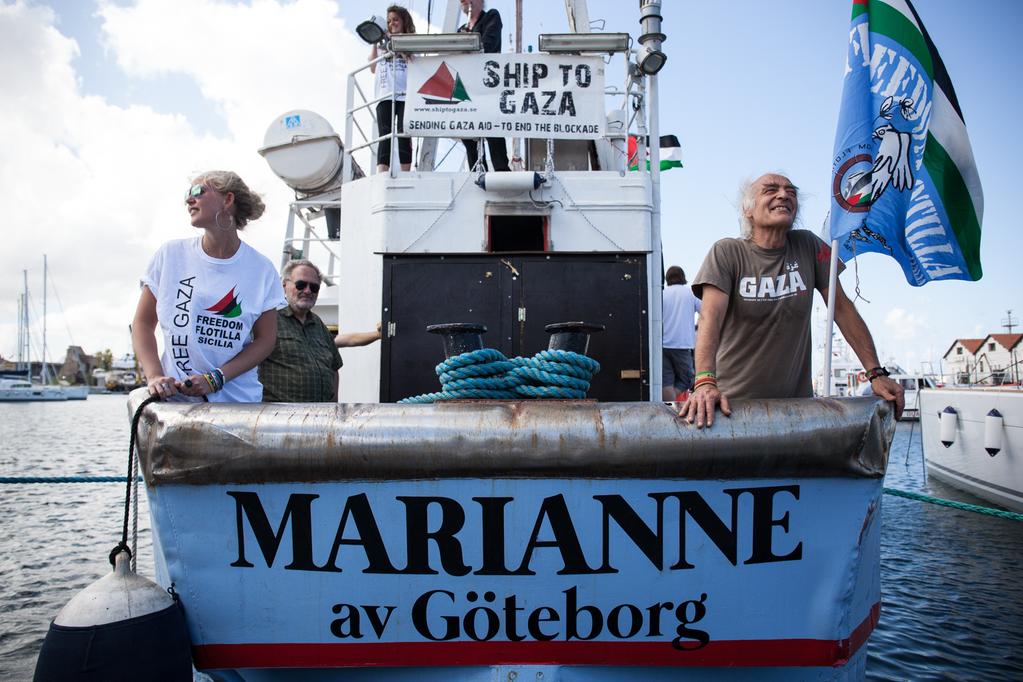 In addition to MK Ghattas, there are more than 70 activists and crew on board the Swedish "Marianne av Göteborg", including former Tunisian president Moncef Marzouki.

The flotilla itself is compromised of more than three boats, with upwards of 50 crew members and passengers, from about 20 countries.

Before leaving Crete, the crew warned that someone had attempted to sabotage the Swedish ship. In an interview with the Nazareth-based Radio al-Shams, former Israeli citizen Dor Feiler. "Somebody went underneath the boat at night and sabotaged its propellers." 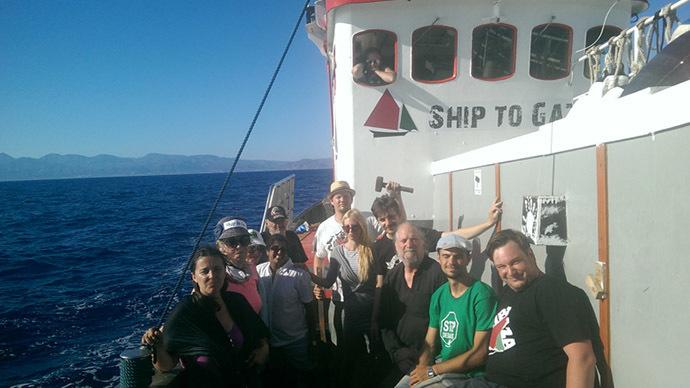 Gaza Flotilla (Photo:Freedom Flotilla)
Feiler said a similar sabotage attempt to sabotage one of a flotilla's boats happened in 2011, which is why the activists tried to stay in Greece as little as possible. Before arriving in the Greek island, the Swedish boat docked in Palermo and Messina in Sicily. Feiler was not alone in issuing statements prior to the departure; earlier this week, MK Ghattas defended his decision to join the flotilla, calling the other MKs criticizing him "hypocrites."

Ghattas said the flotilla is transporting medical equipment to hospitals in the Gaza Strip. 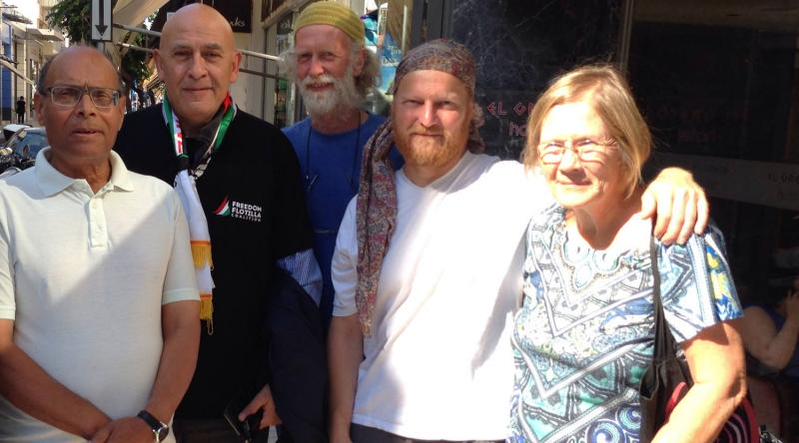 A member of the organization committee of the flotilla named Zohar Chamberlin Regev also gave a statement, telling Anadolu that "as a human being and an Israeli citizen, I do not want to stay silent over Israel's human rights violations,"

Regev said that the flotilla aimed to give Palestinians the right to move freely without being exposed to any restriction by the "illegal Israeli occupation".

"We want to reach Gaza. This is the only way to show the people of Gaza that we are in solidarity with them," she continued.