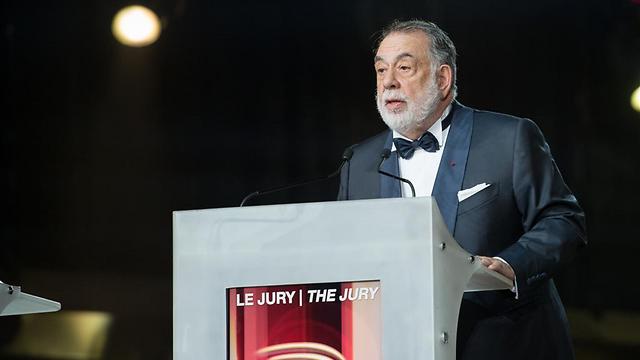 In an interview with Variety magazine at the 15th International Film Festival, the veteran filmmaker says: 'We were terrorists in the United States.'

American film director, Francis Ford Coppola, jury president of the 15th Marrakech International Film Festival, stated that Jews were terrorists before the founding of the State of Israel. In an interview with Variety magazine he accused the international media of shallowness, saying that the West failed to recognize the roots of radical Islam as a result. "I wish CNN would shut up," said the veteran director. "I know a lot about the Middle East and I know a lot about Islam and it seems to me what we have are fundamentalists who are taking the wrong parts of their religion. I don’t even know where to find what they’re taking from it."

Coppola, who said he recently read Dan Ephron's book a book Killing the King on the murder of Yitzhak Rabin, clarified: “Terrorism is when you don’t have an army. You use anything else you have. We were terrorists, in the United States. The Jews before Israel were terrorists. What we sometimes call terrorism is the last resort of people who don’t have jet planes, so that they use what they have. That being said, I’m still heartbroken about what is happening. When we should be busy in our world building utopia we’re still dealing with ancient issues.”

Coppola and his team in an unusual and surprising move, one that is not at all acceptable in the international film circuit, awarded the Jury Prize to the other 14 films in the competition. “Yes, ladies and gentleman, this year’s jury prize is for cinema itself," Coppola concluded.