While the Israeli and the Palestinian media are busy with around-the-clock reporting of the Shalit deal it appears the Arab press is less preoccupied with the matter. Arab daily newspapers have addressed the prisoner exchange in recent days, but it by no means made any headlines.

The three major Arab daily newspapers, al-Sharq al-Awsat, al-Hayat and al-Quds al-Arabi, all London-based, failed to mention the deal, which will see more than 1,000 Palestinian prisoners go free, in their front pages.

Latest stories on the Shalit deal:

Op-ed: An autumn of hope

Instead, they provided extensive coverage on the crackdown in Syria, the popular uprisings in Yemen and the Iranian plot to assassinate the Saudi ambassador in Washington.

Nevertheless, Arab and Palestinian papers did leave room for the issue in various editorials and columns as well as cartoons. Those primarily left the impression that the exchange constitutes a great victory for the Palestinians.

Below are several cartoons published in Arab and Palestinian newspapers: 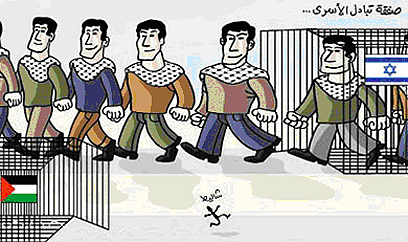 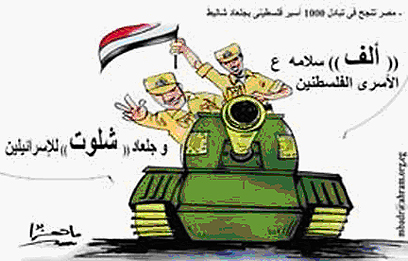 On the right: 1,000 Palestinian prisoners, on the left: Israel gets only Gilad Shalit 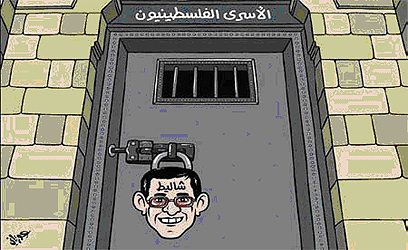 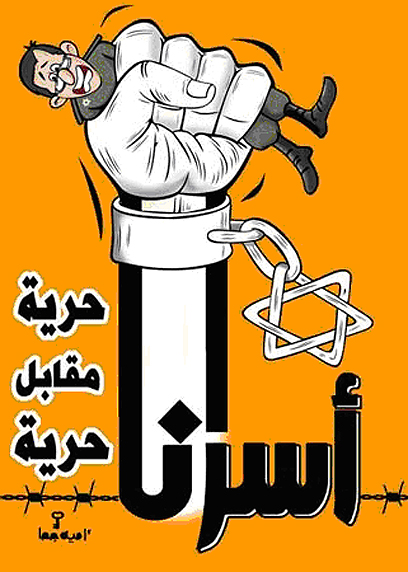 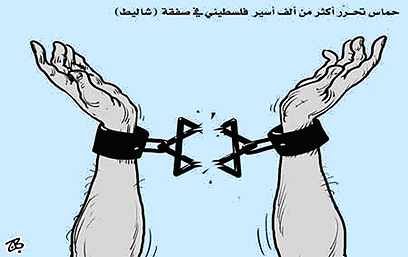 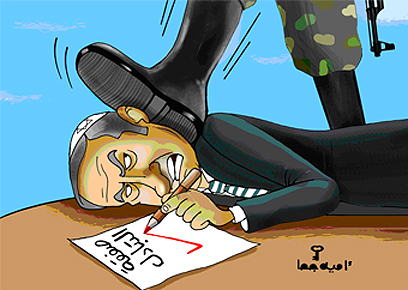 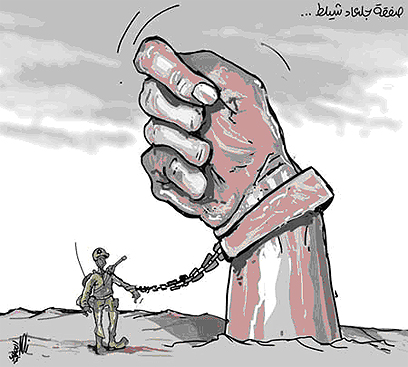