In a new 43-page report, Human Rights Watch documented a long list of abuses that it said Palestinians in Gaza endure under the justice system run by Hamas, which has ruled the seaside strip for the past five years.

"There is ample evidence that Hamas security services are torturing people in custody with impunity and denying prisoners their rights," said Joe Stork, deputy Middle East director for the New York-based group. "The Gaza authorities should stop ignoring the abuse and ensure that the justice system respects Palestinians' rights."

Hamas seized control of Gaza in 2007 after street battles with the Palestinian's Western-backed secular Fatah party. Since then the Palestinians have been split between Prime Minister Ismail Haniyeh's Hamas, which controls Gaza, and Palestinian President Mahmoud Abbas' Fatah, which governs the West Bank. The West supports Abbas' West Bank government but mostly shuns Hamas, which is considered a terror group by the US, EU and Israel because it has carried out attacks over the years that have killed hundreds of Israelis, most of them civilians, blowing up buses, cafes and other such targets.

In a statement, Hamas' Interior Ministry denied the allegations and accused HRW of political bias.

"The cases mentioned in the report, although they are not accurate, took place long time ago and we wonder why they were raised now," the ministry said. "Regarding the issue of torture: we don't have such a practice in any prisons."

Human Rights Watch said it based its conclusions on interviews with individuals who have been subject to abuse and their families, as well as lawyers, judges and Palestinian rights groups in Gaza. It said it also reviewed case files and court rulings.

The rights group cited the case of Abdel Karim Shrair, who was arrested by Hamas in August 2008 and tortured for three weeks, according to the man's family and lawyers.

Shrair faced further abuse at the hands of Gaza's internal security agency and was denied visits for weeks, the report said. He was then charged with collaborating with Israel based on confessions made under torture, according to his lawyer.

Shrair's mother, Safia Ahmad Shrair, told HRW that when she was allowed to see him in October of that year, his legs and face were bruised, his feet were swollen, his hands and arms had rope marks, and his chest had burn marks.

Hamas executed Shrair in 2011 by firing squad. His mother said Hamas forbade the family from burying him themselves and beat her with sticks when she tried to hold his body. 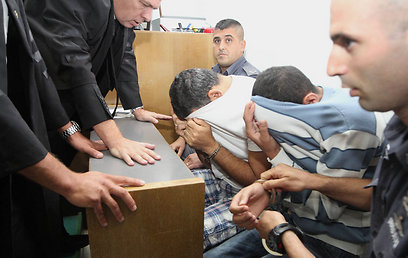 In its report, HRW alleged that such practices were not limited to suspected political offenses.

It cited one man, identified only as a lawyer named "Y'' for fear of reprisals, who said he was arrested for fraud by Hamas police who ransacked his office and confiscated his passport, client files and other items.

"Y," who denied the allegations, described being tied to a bed and beaten with a rubber hose and metal clubs and forced to drink bleach that along with other forms of torture made him lose consciousness, according to the report.

He told HRW he woke up in a Gaza hospital where interrogators continued to beat him and then bound his hands behind his back and tied them to a window until his body was partly suspended off the ground for several hours.

The report said that many Palestinians who were tortured were too scared to complain, fearing retribution by Hamas. It also said hospital officials often refuse to release medical records of torture victims to avoid them being used as evidence. 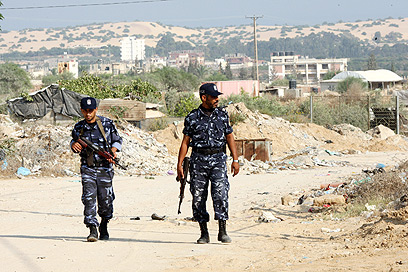 The report also accused Hamas police of making random arrests without warrants and sometimes holding family members as a pressure tactic. People are often detained without charge and denied access to lawyers and family, according to HRW.

It also criticizes the Gaza justice system for trying civilians in military courts.

The report also mentions the Palestinian Authority in the West Bank makes arbitrary arrests as well and subjects detainees to torture.