Op-ed: Key factor behind Israel’s success in Europe is ability to remove 'conflict' from bilateral ties

Before the ink was even dry on the Palestinian vote at the UN last week, headlines already started flooding on how Israel 'lost Europe.' The reality however, could not be further from the truth, as Israel continues to make stunning headway in its trade and bilateral relations with the EU.

Anyone familiar with the mechanisms of the United Nations, where the Palestinians enjoy an automatic anti-Israel majority, never seriously doubted the outcome.

Despite the predictable posturing by President Abbas, the Palestinian 'victory' was a hollow one that will not bring the Palestinians any closer to statehood. Only painful compromises in the context of a negotiated settlement, which also takes into account Israel’s security, will do that.

The argument as to why Israel supposedly 'lost' Europe, generally goes along the lines that the Czech Republic was the only European country to vote against the resolution, while key European countries and traditional 'staunch allies' of Israel (especially Germany, Britain and Italy) did not join the 'no' vote or decided to abstain.

Sure, the Jewish state may have liked a few more 'no' votes in their camp, but given the choice, Israel would take tangible results over symbolic victories at the UN any day.

Regrettably, when commentators lament how Israel has 'lost' Europe, they overlook the impressive list of achievements by this government in the past four years.

For example, in May 2010 the OECD unanimously voted to invite Israel to join the organization. This was no small achievement, and came despite intensive lobbying by the Palestinians. Even countries like Norway, Spain and Ireland, traditionally the most hostile to Israel in Europe, voted in favor.

In September 2011 Israel became the first non-European member of CERN, the European Organization for Nuclear Research, while in July this year the EU and Israel signed a memorandum of understanding to deepen their scientific cooperation in the fields of energy and water desalination, where Israel is a world leader. 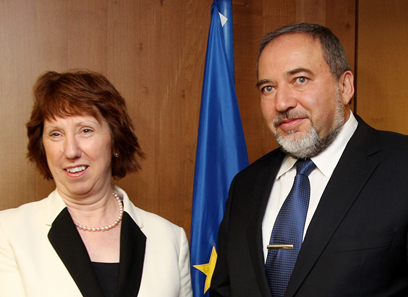 Moreover, in October the European Parliament ratified the ACAA agreement (Agreement on Conformity Assessment and Acceptance of Industrial Products) with Israel. The agreement is unprecedented in that it recognizes Israel’s industrial standards as equivalent to those in Europe, especially in healthcare, and is a prime example of a 'win-win' situation for both Europe and Israel.

According to David Saranga, the head of European Parliament Liaison Department for the Israeli Mission to the EU:

"The ACAA protocol will eliminate technical barriers to trade by facilitating the mutual recognition of assessment procedures. This will in turn help lead to facilitating imports of high-quality, low-cost Israeli medicines into the EU, while at the same time increasing medicinal choice for European patients and healthcare professionals."

In the last few years, Israel has also held an increasing number of government-to-government meetings at the highest level of Cabinet with various European allies, including the Czechs, Italy, Poland, Bulgaria and Germany (with whom Israel is meeting in Berlin this week). As a result of these meetings, Israel has signed a number of significant bilateral agreements in areas of high-tech, green energy, culture and the sciences.

This year alone, Israel has signed multi-billion dollar gas deals with Cyprus and Greece; Israel’s Aerospace Industries has secured two contracts worth nearly $1 billion to provide Italy with air force military equipment; whilst the past year has also been Israel’s “best tourism year ever”, with more than 3.5 million visitors to the Holy Land – most of whom have come from European countries.

Importantly, in 2011 the EU was Israel's largest trading partner, with total trade amounting to approximately €29.4 billion for the year – an increase of 45% from 2009; and this came during the midst of an unprecedented financial crisis in Europe.

Diplomatically also, the Palestinians failed where it really mattered at the UN – in the Security Council, which knocked back the application for statehood last year.

Achievements like this do not come easily, nor do they occur overnight.

Whilst the United States will always remain Israel's most important ally, the Foreign Ministry, under the present political leadership, has made a concerted effort to reach out to allies in Europe (and elsewhere) that had been neglected in the past.

Perhaps the key factor though behind Israel’s success in Europe has been its ability to successfully extricate 'the conflict' from their bilateral relations.

Previously, there had been a direct correlation between how the conflict was progressing and Israel's trade relations. Today, Israel has created an environment in which its bilateral agreements are increasingly judged on trade merits alone, while membership in international organizations is based on the same criteria as for every other nation – that is, what can Israel contribute by way of skills, experience and expertise.

No, Israel has not 'lost' Europe. Rather, Israel is 'winning' in Europe.