Weeks ahead of Israeli elections, Palestinian officials are already plotting a series of tough steps against Israel to be taken if, as polls predict, Prime Minister Benjamin Netanyahu is re-elected and peace efforts remain stalled.

Emboldened by their newly upgraded status at the United Nations, the Palestinians are talking of filing war crimes charges against Israel, staging mass demonstrations in the West Bank, encouraging the international community to impose sanctions, and ending the security cooperation that has helped preserve quiet in recent years.

These plans, combined with growing international impatience with Israeli settlement construction, could spell trouble and international isolation for the Israeli leader.

In a series of interviews with The Associated Press, a number of Palestinian officials all voiced a similar theme: Following the UN General Assembly's recognition of "Palestine" as a nonmember observer state in November, the status quo cannot continue. 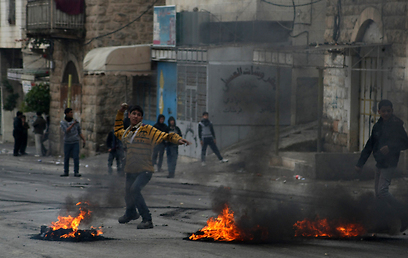 "2013 will see a new Palestinian political track. There will be new rules in our relationship with Israel and the world," said Hussam Zumlot, an aide to President Mahmoud Abbas.

Although the UN vote did not change the situation on the ground, it had deep implications. Opposed by just nine countries, it amounted to a strong international endorsement of the Palestinian position on future borders. It also cleared the way for them to join international agencies to press their grievances against Israel.

Netanyahu has accused the Palestinians of bypassing direct negotiations.

"One would hope we will in fact see in 2013 the re-emergence of the Israeli-Palestinian negotiating process," said Netanyahu's spokesman, Mark Regev. "There is no substitute for direct talks. You're not going to make peace in resolutions at the United Nations or other international forums."

Palestinian officials say they are hopeful that a formula for restarting peace talks can be found after Israel's election on Jan. 22, perhaps through a new initiative from President Barack Obama.

The Palestinians have begun to speak of a trial, six-month negotiating period. Azzam al-Ahmed, a top aide to Abbas, said Arab diplomats will present the plan in Western capitals, Russia and China next month. But with the Palestinians insistent on a settlement freeze, and opinion polls forecasting a new hardline Israeli coalition headed by Netanyahu, expectations are low.

The Palestinian officials said they will not rush toward any punitive measure, but they are determined not to stand pat.

"We have to prepare ourselves for a long and tough battle," added Yasser Abed Rabbo, secretary-general of the Palestine Liberation Organization, the Palestinians' top decision making body. "We will use all the political tools available."

Among the options being considered is halting cooperation between Israeli and Palestinian security forces in the West Bank. The cooperation is widely seen as a key element in preserving the calm in the West Bank in recent years, in sharp contrast to the heavy fighting a decade ago.

"There will be no security cooperation as long as there is no political horizon," said Mohammed Ishtayeh, a Palestinian Cabinet minister.

The Palestinians also talk of increasing "popular struggle," the term they use for demonstrations against Israeli soldiers. Such face-to-face confrontations frequently turn tense, with protesters throwing stones and troops firing tear gas and water cannons, and run the risk of growing more violent.

Perhaps most troubling to Israel, the Palestinians also want to use their upgraded status on the world stage to push for international action against Israel.

Officials say they will move to join the International Criminal Court, where they hope to pursue war crimes charges against Israel for its settlement activities. Although the road to taking legal action in the ICC appears to be long and complicated, it nonetheless has made Israeli officials jittery. 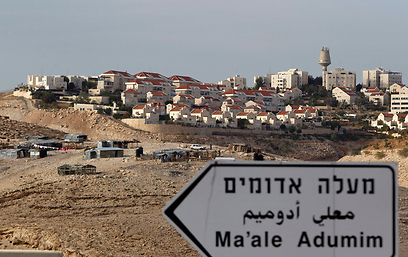 "We are going to pursue this policy to reach a point of having the international community impose sanctions on Israel," said Qais Abdelkareem, another PLO official.

This Palestinian agenda, while ambitious, is likely to encounter stiff resistance from both Israel and its international allies. Israel has a number of tools at its disposal, including possible military or economic pressure on the Palestinians. Israel's allies in the West, particularly the US, will also likely shield it from any attempt to impose broad international sanctions, at least in the near term.

But there are signs that international patience with Israel is wearing thin.

An Israeli official said the extent of the international uproar over its recent settlement construction plans had caught officials off guard. "Something has changed," he said. "Clearly a line has been crossed." He spoke on condition of anonymity because he was discussing closed diplomatic meetings.

Yossi Beilin, a former deputy foreign minister and peace negotiator, said there is "no way" the status quo can continue and that Netanyahu "understands that this situation where the US is the only one to support Israel cannot go on forever." He said Netanyahu, after pandering to hard-liners during the election campaign, will likely try to bring in a centrist party into his coalition after the vote to give the government an image of moderation.

"Reality might impose itself in such a way that we will find him doing things, like maybe an interim agreement with the Palestinians or something that seems now unexpected," Beilin said. "He will make small steps to appease adversaries. And to Netanyahu, the whole world is an adversary."