Analysis: Turkish PM Erdogan may find his fate tied with Kurdish leader's ability to change course and rein in violence

In recent weeks, dialogue efforts between the Turkish government and Abdullah Ocalan, a prominent imprisoned Kurdish separatist leader have intensified, with the stated aim of disarming the Kurdistan Workers’ Party (PKK) after three decades of conflict and over 40,000 deaths. On January 8, Turkish media outlets published reports which cautiously indicated that negotiations with Ocalan had yielded a potential four-point roadmap for PKK disarmament in exchange for minority rights and amnesty for thousands of Kurdish prisoners in Turkish jails. Notably, calls for Kurdish autonomy in Turkey were not mentioned as part of Ocalan's demands.

While the both sides have refused to verify reports of an agreement, the Erdogan administration did concede that pro-Kurdish Peace and Democracy Party (BDP) deputy Ayla Akat Ata and Kurdish politician Ahmet Turk met with Ocalan on December 29 on Imrali Island, where he has been imprisoned since 1999. Until that visit, the infamous PKK founder had only been permitted to speak with Turkish military and intelligence officials. Ocalan, long considered the godfather of terrorism in Turkey, reportedly told the Kurdish lawmakers that the time for armed struggle has ended.
Turkish Sunset
Erdogan's long-term plan
Dror Ze'evi
Op-ed: Turkish PM systematically imposing Islamic law; sense of helplessness, rage spreads
Erdogan's long-term plan

The year 2012 was reported as the deadliest year of PKK-related violence in over a decade with a noticeable uptick in civilian casualties. While the PKK has traditionally focused its attacks on Turkish security installations and personnel, the recent spike in attacks targeting civilians suggests more radical offshoots such as the Kurdistan Freedom Falcons (TAK) are gaining influence.

With that being said, Ankara’s renewed efforts to formulate a ceasefire are likely an attempt to quell the increased radicalism within the Kurdish separatist camp while also attempting to discontinue the perpetuation of the Turkish-Kurdish conflict over the long term.

Concerns over regional instability have also likely increased the willingness of the Turkish government to negotiate an end to the insurgency. Instability in Syria has severed previously strong economic and diplomatic ties between Ankara and Damascus, and increased concerns that Kurdish militants in northeastern Syria could join the PKK insurgency in Turkey’s southeastern provinces.

The close relations in the 1990s between the Assad regime and the PKK, then under the command of Abdullah Ocalan, serve as a precedent and have raised concerns in Turkey over Assad’s attempts to create instability inside Turkey in response to Ankara’s meddling inside Syria.

The deployment of NATO Patriot missiles in Turkey further signals the Erdogan Administration’s increased involvement in the Syrian conflict. Turkey’s continued role as host for the Syrian opposition is already said to have motivated the Assad regime to withdraw from Kurdish areas of the country, while possibly encouraging Syrian Kurds to stage attacks inside Turkey as a reprisal. As such, the recent talks with Ocalan may be an attempt to mitigate an internal Kurdish threat before Syrian Kurds become more emboldened to join the conflict. 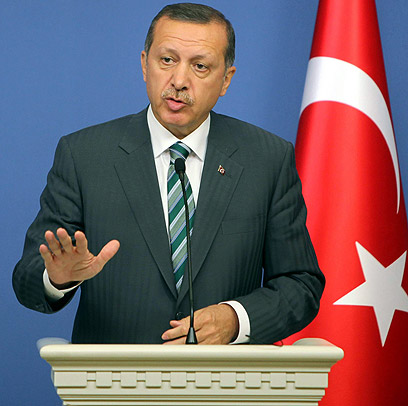 The notably absent criticism of the Ocalan talks from Turkish media and hawkish political elements highlights the growing fatigue amongst large swathes of Turkish society regarding a continuation of fighting. Since the collapse of a long-standing ceasefire in 2011, hundreds of PKK militants and Turkish soldiers have been killed in hostilities in the southeast, while Turkey has been forced to devote additional economic resources toward protecting key energy pipelines in the region from attack.

As such, the unprecedented permitting of Kurdish politicians to hold talks with Ocalan is likely part of a Turkish government effort to strengthen moderate Kurdish elements, while allowing Ocalan himself to gain political influence in exchange for other concessions.

Ocalan’s influence over the bulk of the PKK militant network remains strong, despite his imprisonment and disconnect with operational fighting units. In November 2012, Ocalan instructed PKK prisoners to end a 68-day hunger strike, bringing about and end to a potentially destabilizing crisis. Ocalan’s statements are unlikely to bring about a comprehensive end to the PKK’s current insurgency campaign without the agreement of militant leaders in northern Iraq and southeastern Turkey. Following the meeting between Ocalan and Kurdish politicians, the PKK’s military leadership in northern Iraq’s Qandil Mountains stated that the negotiation process had become more credible, but warned that a new settlement process had not yet begun. The aforementioned reaction from the PKK military leadership in northern Iraq highlights the group’s willingness to re-enter a ceasefire with Turkey, pending certain demands are met. In the coming days and weeks, cross-border attacks by Kurdish militants from Iraq into southern Turkey will indicate the group’s unwillingness to cooperate with the negotiations between Ocalan and the Turkish government. Meanwhile, the winter season generally witnesses a drop in militant activity, meaning that intentions to commit to a lull will be difficult to gauge until the spring and summer months.

Any ceasefire agreement between the Turkish government and the PKK will likely be challenged by radical Kurdish offshoots inside Turkey, in addition to those based in Iran and Syria. In Turkey, the Kurdistan Freedom Falcons (TAK) has claimed responsibility for numerous attacks, including bombings, of civilians in recent years in major cities. Meanwhile, reports indicate that Kurdish militant factions based in Iran and Syria have increased their operations in Turkish border areas with the backing of those respective governments.

The Turkish government has continuously alleged that Iranian operatives had been apprehended in its territory, while asserting that Iran had begun to use its own Kurdish militant groups as proxies to deter Turkey from continuing involvement in Syria. As such, in the event that talks with Ocalan reach a breakthrough, these elements may stage attacks in an attempt to force Turkish military reprisals and collapse the negotiation process.

With the clock ticking down to Erdogan’s first bid for the presidency in 2014, Prime Minister Erdogan may find his fate tied with Ocalan’s ability to change course and reign in violence. Erdogan likely knows that his ability to solve the Kurdish problem without enflaming hawks within his AKP faction as well as within Turkey’s nationalistic opposition may just be the defining moment of his political career.