Harry and Amelia have been revealed as the most popular names for babies born in England and Wales for the second year in a row, the Daily Mail revealed on Monday.

Muhammad was the second most popular name for boys across England and Wales, once variations in spelling are taken into account.

According to the report, three different spellings of the name are listed in the top 100 names for boys from the Office for National Statistics. The most common is Muhammad, which is in 19th place on the table. Mohammed comes 26th and Mohammad is in 60th place. 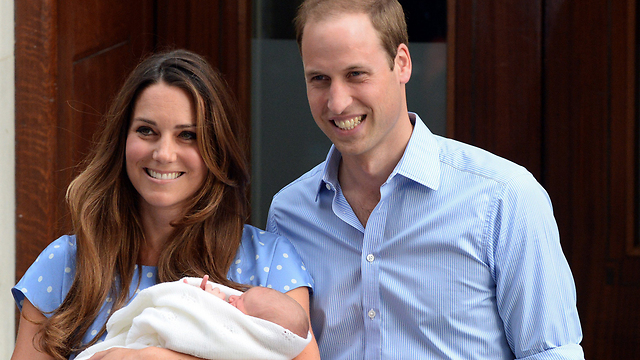 Kate and Will with newborn George (Photo: MCT)

Overall the name was given 7,139 times in 2012, just 29 behind Harry – which took the top spot. Muhammad was the most popular name for boys in London, Jack was picked by most in the north east while most Welsh parents went for Jacob. Riley has replaced Joshua in the boys' list of names, climbing from number 13 to number eight, and also made the top one hundred girls' names. On the girls' chart, Mia and Isla replaced Ruby and Grace in the top 10 by climbing six and seven places from numbers 13 and 15 respectively to fill the seventh and eighth slots. Actress Kate Winslet has a daughter named Mia, while Australian Isla Fisher made a string of successful films in 2012, which might explain the spike in the names' popularity.

Other famous parents to name their daughter Isla include Peter Phillips and his Canadian wife, Autumn.

According to the Daily Mail, George is now long odds-on to feature in the Top 10 baby names for 2013 after being given to the Duke and Duchess of Cambridge's new arrival last month.