The militants forced the two vehicles to stop, ordered the policemen out and forced them to lie on the ground before they shot them to death, the officials said.

The policemen were in civilian clothes, the officials said, speaking on condition of anonymity as they were not authorized to talk to the media. The killings took place near the border town of Rafah.

There was initial confusion over how the ambush had happened, and the officials at first said the policemen were killed when the militants fired rocket-propelled grenades at the two minibuses. 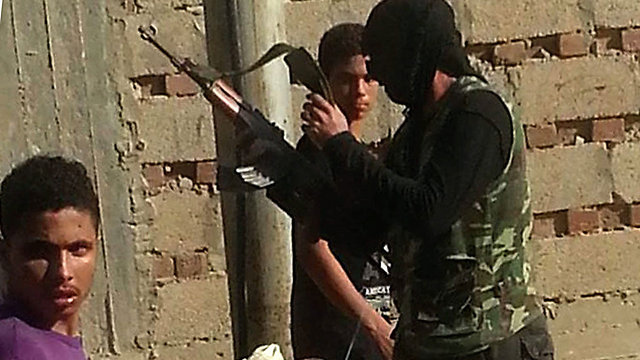 But confusion over details in the immediate aftermath of such incidents is common. Egyptian state television also reported that the men were killed execution-style.

Sinai has been witnessing almost daily attacks targeting security forces by suspected militants since the July 3 ouster of Islamist President Mohamed Morsi in a military coup. The strategic region borders the Gaza Strip and Israel.

Egypt's military and security forces have been engaged in a long battle against militants in the northern half of the peninsula. Militants and tribesmen have used the area for smuggling and other criminal activity for years. Militants have fired rockets into Israel and staged other cross-border attacks there on previous occasions.