Torpedoes and sandals: The daily life of a submarine's crew

A half-billion dollars worth submarine carries IDF soldiers to covert ops thousands of miles away from home. What does keeping quiet has to do with missile precision? What do they do when a soldier needs surgery? And who's the lucky guy who gets a daily shower? Ynet gets rare glimpse into Israel's most covert unit

Few IDF soldiers receive a personal thank-you from a major general when they return to their base after an operation. Thus, the importance of the submarine unit, one of the most covert units in the Israeli military, is made evident on Haifa's military port's piers, where Navy Commander Maj. Gen. Ram Rothberg often welcomes in person the returning submariners to congratulate them on the successful completion of yet another mission.

But outside of the navy few are aware of the unit's activities. While the public is notified in some degree of Sayeret Matkal or Shayetet 13's missions by the press, the submarine unit's ventures are, and will remain, shrouded in secrecy.

"It's a bummer to hang with friends from other units, listen to them telling high-tales, but having to keep quiet when they wonder what it's like to operate across the border," Victor, a young submariner, admitted. 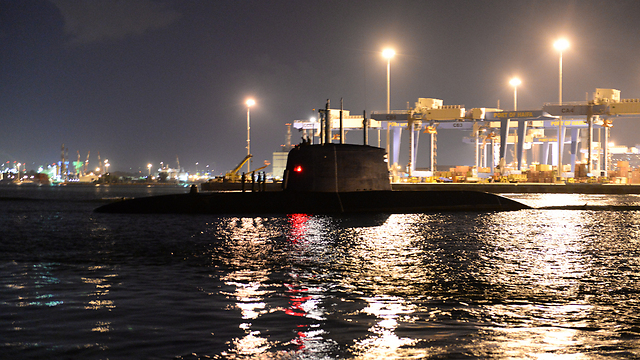 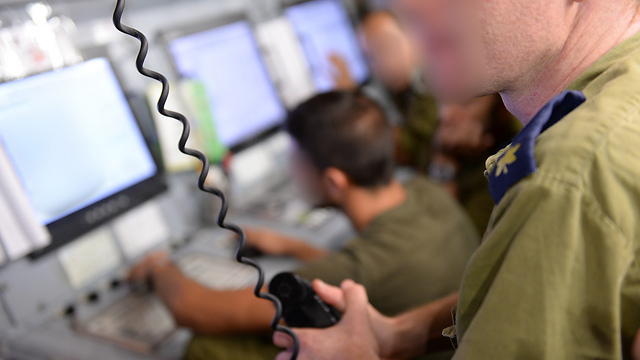 This week Ynet tagged along to a submarine drill, in a depth of about 400 meters, and accompanied the soldiers who were ordered to assault a target in the deep sea, while dealing with problems seemingly trivial on dry land: How to smoke, water rationing, keeping fit, and what to do when a soldier is in need of medical care.

Initially, the monstrous vehicles which played a crucial part in the world wars were not the Israeli top brass' unanimous cup of tea, and the first submarine joined the Israeli fleet only by 1959.

Even today, when the price of one submarine (about half a billion dollars) can buy several tank battalions or a few fighter jets, the discussion over the ideal size of the submarine unit continues.

However, in the coming months the navy will receive a fourth submarine from Germany, which will be joined by two more by 2017.

Until then, the commander of the INS Tekuma submarine which we joined had a striking answer to detractors, with a heavy hint as to the submarines strategic capabilities.

"I invite them to see our operational achievements, what we brought and what we did," says Lieut. Col. Gal. "One mustn't be mislead by how quiet this tube is." 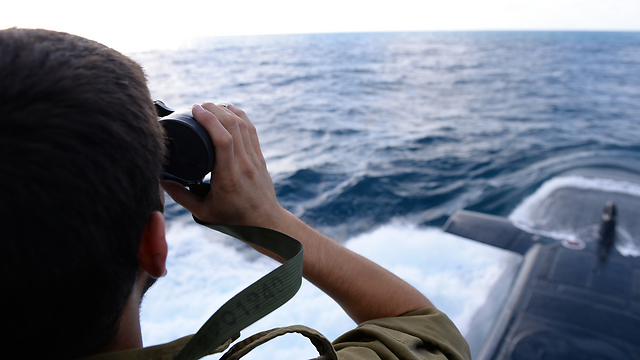 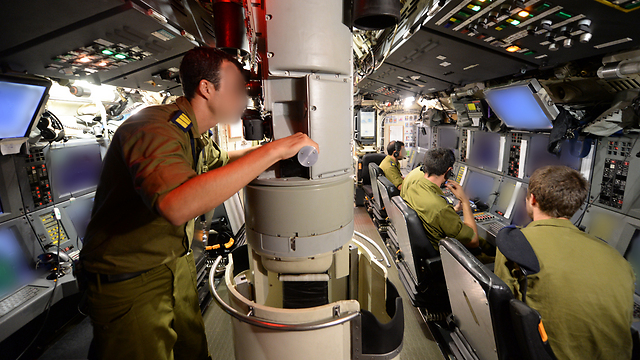 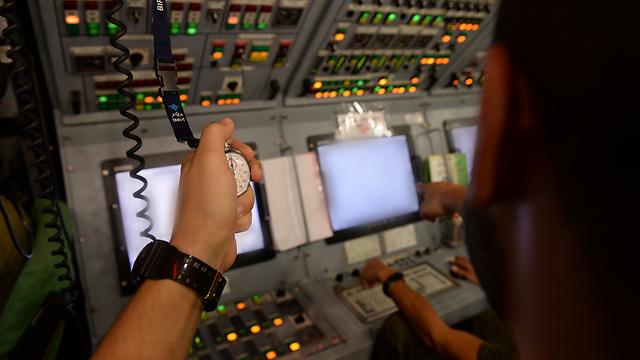 While infantry and armored regiments proudly expand on their drills preparing for further bouts on the northern front, Gal is purposefully vague: "Yes, we'll have a significant part in the next war, and we're preparing and exercising for it. The secret to success will be as always – through covertness."

The most sensitive part of the drill – sinking into the deep after leaving the harbor – is accompanied by an endless flow of orders, read allowed by every soldier and officer according to his role.

Even the tone is mandated: A report of a switch flipped, valve released or wheel moved in unclear tone will have the commander demand the report repeated. In a depth of several hundred meters, the submarine under the heavy pressure of the sea, the heavy silence can be misleading.

After the giant tanks were emptied of air and filled with hundreds of tons of water, causing the submarine to sink like a giant weight, the lights in the vessel's combat intelligence center go off and the mission is on. The goal: Search and destroy two enemy ships, simulated by two Navy Dabur-class patrol boats.

Every several minutes a soldier passes and shines a beam at the ceiling, chock-a-block with valves and dials, to make sure there is no leak. The tension on board can be cut with the navigator's compass, whose eyes are glued to the map on his desk.

Without radar, the ship's only sensory data comes from the ears of the sonar operators, the "sonarists," who can decode the sound waves echoed from every object in the sea, according to distance, range, and quality. It's as if a man could identify every type and model of vehicle with his eyes closed, based on hearing the sound of the motor alone. 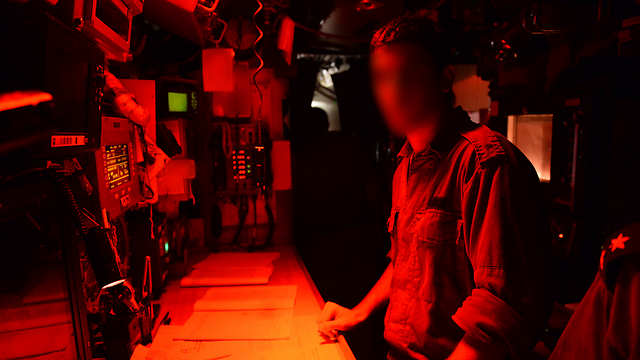 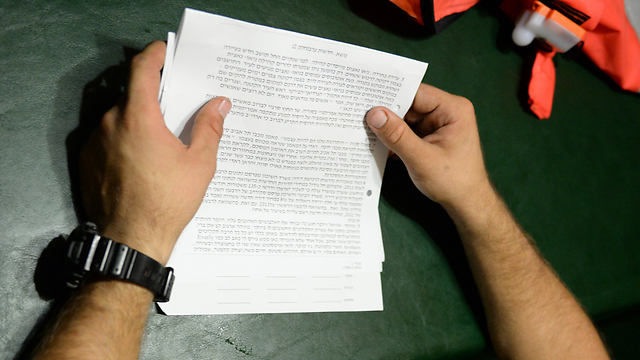 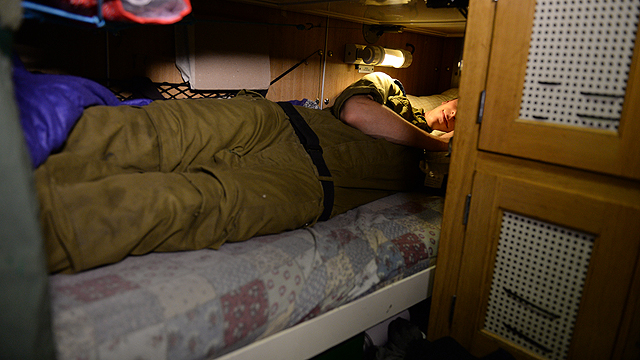 So as not to disturb the sonarists, the submarine is stationery and the crew speaks only when absolutely necessary. Even the AC is off. When the has been acquired, the captain deemed them as the enemy, and the weapons systems officer supplied the means of destruction: Silent, deadly torpedoes.

Gal, the commander, tests his subordinates and simulates a torpedo cruising malfunction. As an alternative, a less covert weapon is launched. After what seems like forever, the missile's tiny dot on the plasma screen hits the target dead-on.

This action-packed part of a drill or mission covers only the tip of the submariners' job. The way to the target is long, arduous, plagued with the unexpected and with harsh dilemmas, sometimes of life and death.

"We're very independent; sometimes we stay for a long period without contact with the base, autonomous to make our own decisions," said the deputy captain, Major Ben.

"It happened that an officer lost a finger when a door slammed on it during an extended mission, or when a soldier fell ill, and even a case in which we had to notify a soldier during a deep sea mission of his father's death. We explained the meaning of transferring him to a beach, and he chose to complete the mission and missed the funeral.

"There have also been incidents of severe mechanical malfunction, like complex leaks, and the captain decided to carry on. For long missions we take a doctor. He has a small operating room in the sub, and the authority to determine whether an injured soldier merits evacuation. We had one soldier who got appendicitis on a mission and we had to turn back."

To be on the safe side, before going out for a mission the crew is examined by a doctor, including a dental examination, to preempt as many problems as possible.

"Really, inside the submarine there's another submarine. Every element has a backup, and double and triple auxiliary systems," Major Ben noted. 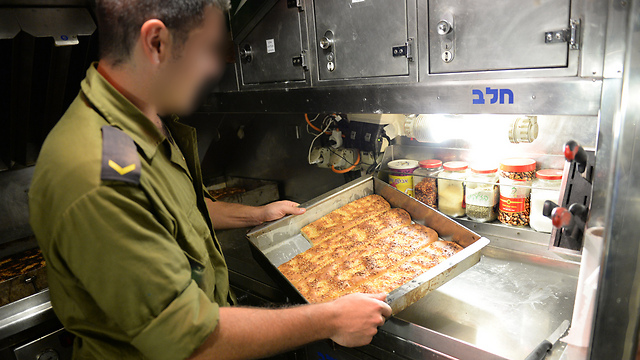 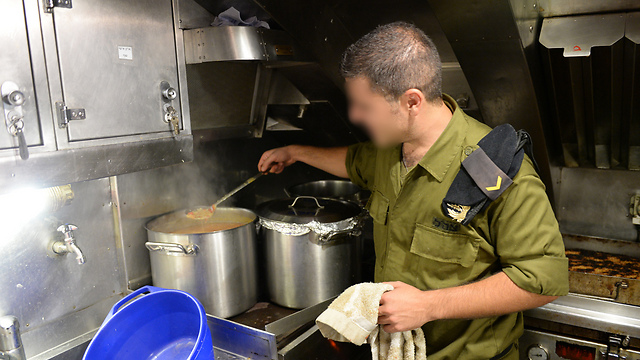 Saving energy and avoiding risk is felt everywhere: The cook is the only crewmember allowed to shower daily – for health reasons – and cooking is done on an electric stove to prevent CO2 emission to the enclosed space.

"Showers are very short, 2-3 minutes, and by a commander's approval only," says the deputy captain. "That's why on operational duty we always wear civilian clothing – shorts, t-shirts and sandals – to reduce sweating and limit the need for shower and laundry. We only wear uniforms on drills. To save water, we wash dishes first with seawater."

These unusual circumstances – IDF soldiers in enemy territory, thousands of miles away from Israel, wearing shorts – are also related to the silence discipline: Every step in a military boot on the submarine's floor would reverberate and disturb the sonarist.

The drill's timetable poses additional difficulties for the crew. During it, they sleep for only 3-4 hours a day, and during an actual operation they may be required to stay up and alert for 48 hours straight. 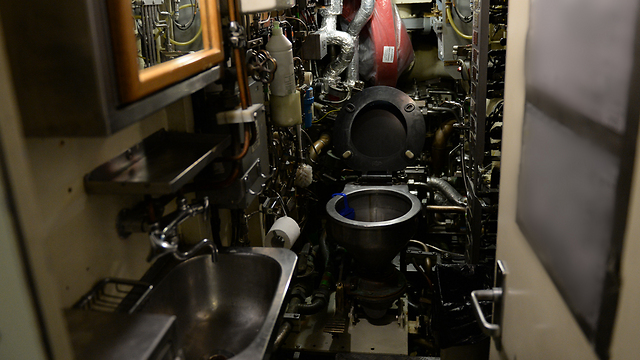 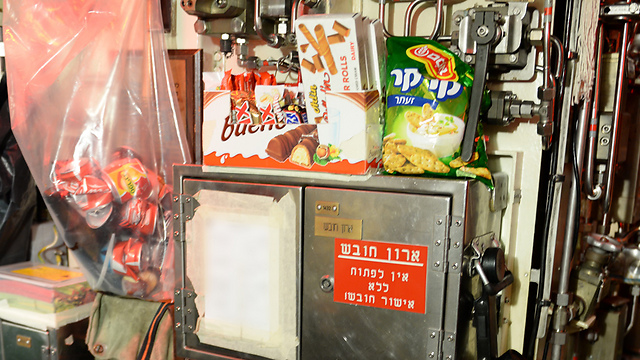 Lieut. Col. Gal noted that the closed quarters and extended missions give a special atmosphere to the daily life on the vessel, as the crew bonds through long conversations, without the distractions of Facebook and smartphones.

Smokers have a small, sealed off chamber, but they can only smoke with the commander's approval and on rare circumstances.

Aside from leisure activities, during their free time the crew is trained on the submarines systems. "Officers here know by heart the function of each and every valve out of the 3,000 in this vessel," said Major Ezra, the technical officer.

To the soldiers' convenience there are three toilets, but only one can be used for "everything."

Also, despite the wonders of modern technology on board, the navigation table is still home to a map, compass, ruler, and a pencil.

The submarine also has a canteen and a small gym equipped with a pull-up bar, a stationary bicycle and weights, and every day the Navy control base telegrams the submarine's communication officer with the latest news, including sport matches results and reality shows outcomes.

"It's happened before that the communication officer planted fake news like a locust swarm over all of Israel to pull the guys' leg," Victor recounted.