The leader of al-Qaeda has urged jihadis in Syria to unite, an appeal likely aimed at rival affiliates of his terror network fighting there to oust President Bashar Assad.

Ayman al-Zawahri, the leader of al-Qaeda says fighters must "rise above organizational loyalties and party partisanship" and unite behind the goal of setting up an Islamic state. 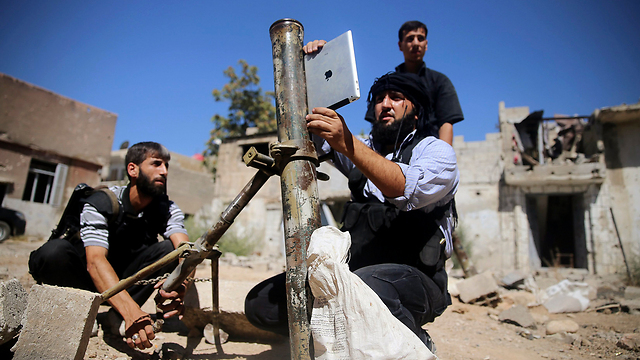 al-Qaeda linked fighters (Photo: Reuters) However, he suggests he will not impose unity, saying in an audio message Friday that "what you agree upon will also be our choice." Two al-Qaeda-linked groups have emerged in Syria's civil war – Jabhat al-Nusra and the Islamic State of Iraq and al-Sham. The first is commanded by a Syrian, the second by an Iraqi, but both are loyal to al-Zawahri. Al-Zawahri also urged Syrian regime opponents not cut deals with Westerns and secular groups. 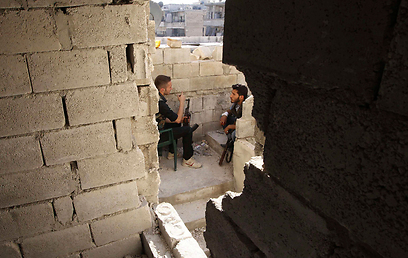 "Two mortar shells fired by terrorists landed in front of the Dar Al-Salaam school in Nejma Square in Damascus," the agency said. It reported "injuries and material damage" in the incident, but gave no further details.

According to later reports, an 8 year old was killed and 11 people were hurt in the blasts in the upscale Abu Roumaneh area of Damascus. One shell fell near a school and the other on a roof, damaging several shops and cars.

The blasts struck some 300 meters (1,000 feet) away from the Four Seasons Hotel where the chemical inspectors and UN staff are staying. A UN employee staying there said it did not appear that the hotel was affected by the twin explosions. The hotel remained open after the blasts, he said, speaking on condition of anonymity because he was not authorized to speak to reporters.

State media uses the term "terrorists" to refer to opposition fighters seeking to oust the government of President Bashar Assad.

Rebel forces have increasingly targeted central neighborhoods of Damascus with mortar rounds, firing from their rear bases on the outskirts of the capital. 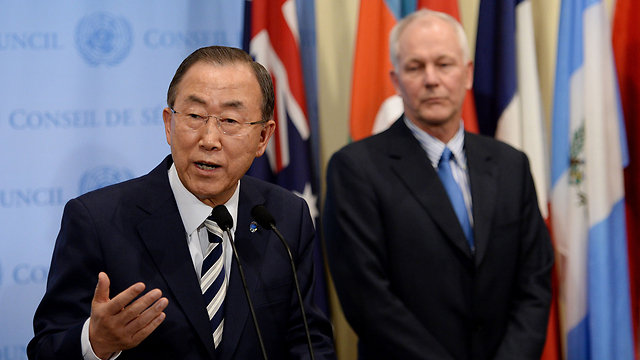 The Organization for the Prohibition of Chemical Weapons and the UN already have a team of 60 experts and support staff in Syria destroying Syria's production facilities while the country's civil war rages on.

The 15-member Security Council sent a letter to Ban on Friday backing his plan on carrying out the full eradication of Syria's banned chemical arms.

"The Security Council authorizes the establishment of the OPCW-UN join mission as proposed," said the letter, a copy of which was obtained by AFP. 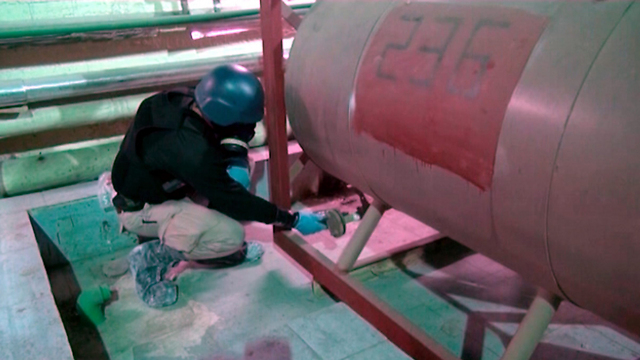 The formal backing was given as it was announced that the OPCW had been awarded the Nobel Peace Prize.

"This recognition occurs nearly 100 years after the first chemical attack -- and 50 days after the appalling use of chemical weapons in Syria. Far from being a relic of the past, chemical weapons remain a clear and present danger," Ban said in a tribute to the OPCW.

Ban said in a draft plan sent to the Security Council that up to 100 experts will be needed to carry out the mission aiming to destroy Syria's sarin, mustard gas and other chemical weapons by the middle of 2014.

He has warned they will have to operate in unprecedented danger because of the war that has left well over 100,000 dead. 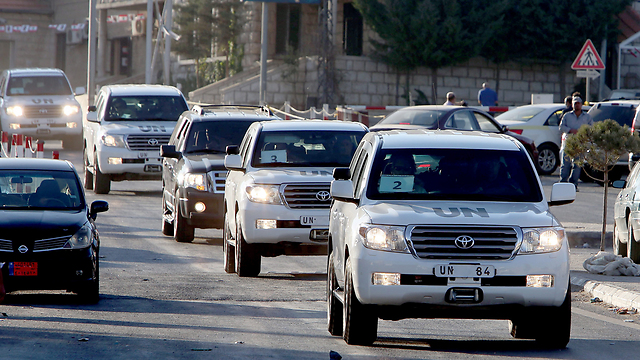 A chemical weapons attack in Damascus on August 21, which left hundreds dead, sparked an international crisis that led to threats of a US military strike against Syrian government targets.

However the Security Council passed a resolution on September 27 backing a Russia-US plan to destroy President Bashar Assad's chemical weapons.

The team has been doubled to about 60 people in recent days, the UN said Friday, adding it "has made good progress in verifying the information submitted" by the Syrian government, said a UN statement.