The number of poor families in Israel slightly decreased in 2012, the National Insurance Institute's report on poverty revealed Tuesday.

In 2012, there were 439,500 poor families, a total of 1,754,700 people, and of which 817,200 were children. The authors of the report said that the poverty numbers from 2011 to 2012 were negatively influenced by drastic measurement changes that the Central Bureau of Statistics undertook during those years.

The percentage of families with two workers or more, which were once considered immune from falling under the poverty threshold, rose to 5% in 2012 from 2% at the beginning of the decade. 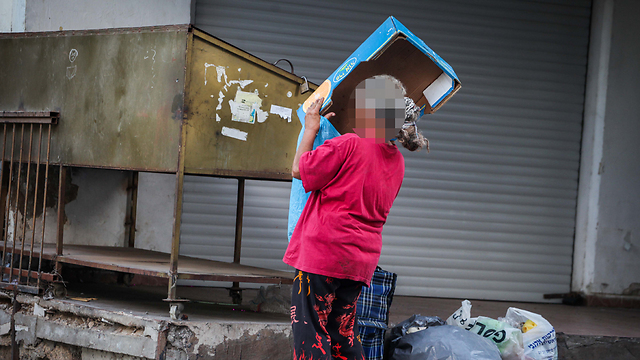 There are 817,200 children living under the poverty line (Photo: Avishag Shaar-Yashuv)

The National Insurance Institute said that looking at the numbers long-term and in an international comparison, the poverty rate remained high as in previous years.

The authors of the report explained that the reason for the increase in the number of seniors under the poverty threshold was that in 2009-2011 there was legislation to increase old-age pensions. However, given the growth in the general standard of living, poverty still rose among seniors, as for most their income is based on government allowances and not pensions.

The report also established that the rates for the poverty gap were not uniform in 2012. The gap didn’t change from 2011 to 2012, and the rate for severity of poverty, the gap between the poverty line and the average income of poor people, decreased.