According to B'Tselem report, for first time in 10 years more Palestinians were killed in West Bank than in Gaza Strip. 'No one is held accountable for killings', NGO's spokesperson says

It was also the first time in 10 years more Palestinians were killed in the West Bank than in the Gaza Strip, where Israeli forces killed nine Palestinians in 2013, Israeli human rights group B'Tselem said.

Three Israeli security forces personnel were killed – two in the West Bank and one in Gaza, the group added in a statement on Monday.

B'Tselem said that in many of the West Bank incidents, Israeli soldiers shot at Palestinians who were throwing stones, "one man was shot when he tried to enter Israel without a legal entry permit," and "one woman passerby was shot by the military who argued that a Molotov cocktail had been lobbed in the area."

Two Israeli soldiers were killed in separate incidents in the West Bank in 2013 and an Israeli fixing the border fence with the Gaza Strip was shot dead by a sniper from inside the blockaded Palestinian territory. 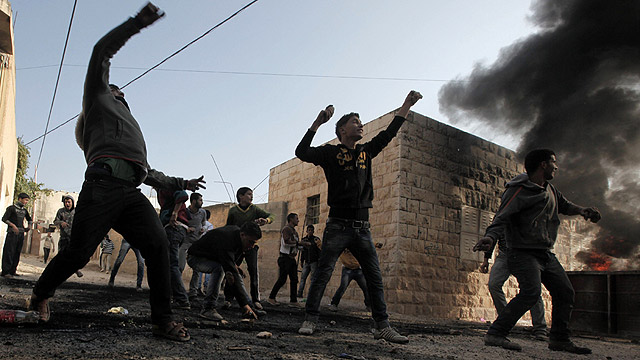 B'Tselem spokesperson Sarit Michaeli slammed the Israeli army's "lack of seriousness" in investigating the incidents where Palestinian civilians were killed by Israeli troops.

The army has only once indicted and convicted a soldier in some 28 separate incidents that have killed 35 Palestinians in the last two-and-a-half years, B'Tselem said.

"Yet the essence of the investigative mechanism remains unchanged... in which practically no one is held accountable for the killing of Palestinians."