A US and Israel-based rabbi at the center of an investigation for corruption initially uncovered by the FBI has now broken his silence on his ties to a senior fraud squad police officer accused of bribe-taking, Ynet has learned.

Last Wednesday, a gag order was lifted on an internal police investigation into suspicions that police officers - including Commander Menashe Arbiv, the head of the Lahav 433 anti-fraud unit - had over the years been enjoying "benefits" from Rabbi Yoshiyahu Pinto.

According to information received by Ynet,  Pinto has now given Israel Police his own version of events they had previously heard from Arbiv. Pinto spoke out after learning that Arbiv had told police that the rabbi's associates had asked for information regarding an investigation into Pinto's Jerusalem-based Hazon Yeshaya non-profit organization.

Until recently, Pinto and Arbiv were known to have close ties. Even after Pinto was arrested on suspicion of trying to bribe the head of the national unit for fraud investigation and Arbiv's superior, Brigadier General Ephraim Bracha, Pinto never spoke about his relationship with Arbiv. The rabbi always claimed that a "senior officer" who knew the real details of the Bracha affair would tell the truth, exonerating him.

But in a recent investigation, Pinto was questioned about claims made against him by Arbiv regarding the non-profit probe. Upon receiving a copy of the indictment against Pinto, the rabbi's confidantes realized that apart from the Bracha affair, the rabbi is expected to face further police action, after Arbiv testified that the rabbi had sought details concerning the investigation into the non-profit organization.

"That's what finally broke the rabbi, and so he agreed to speak out against Arbiv," said sources familiar with the case. Following the incident, Pinto's defense attorneys traveled to the US, where they received information from sources close to the rabbi detailing the "benefits" Arbiv had received from Pinto's associates. 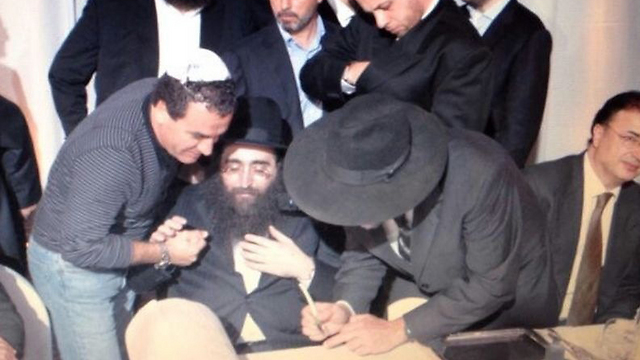 Attorney General Yehuda Weinstein also referred publicly to the affair today, for the first time. Speaking before the weekly cabinet meeting in Jerusalem, Weinstein said that the affair was being investigated, and expressed the hope that "we will serve the public interest in the best way possible."

Meanwhile, the Police Investigations Unit (PIU) has completed the first phase of its own investigation into Arbiv, relying in part on three separate testimonies that back up Pinto's own claims.

The PIU was expected Sunday to complete its initial study of materials related to the Arbiv affair, prior to a critical meeting between Weinstein and Arbiv's lawyers, but the meeting was canceled in the last minute.

The Attorney General's department said that the meeting with Pinto's representatives was merely delayed, and not cancelled.

Their reason for the delay, the AG department said, was because the office wanted to process the material and claims brought before them by Arbiv's representatives. A new date for the meeting has yet to be determined.

The Justice Ministry issued a response: "This is a complex case that justifies a thorough, in-depth examination. Therefore, the Attorney General acquiesced to the requests of sources affiliated with the Justice Ministry and ordered to postpone the meeting," the statement added.

Over the weekend, Arbiv and his attorney Gideon Fisher met for long hours, going over simulations of allegations which the Police Investigations Unit may confront him with. Arbiv continues to consistently say that he did not take any benefits from Pinto and that the rabbi is trying to overthrow him.

The PIU and the Attorney General were expected to request that Pinto's lawyers hand over all the materials they have on the matter, so that they can begin a criminal investigation and obtain a full picture of the case.

The police are also expected to hold negotiations with Pinto's lawyers on what they are willing to give in exchange for the probe into Arbiv. If the representatives from the prosecutor's office stand their ground, and insist on filing charges against the rabbi, his defense attorneys will not allow the prosecution to use evidence they have. This turn of events could pose a problem for the PIU in as their investigation into Arbiv progresses.

In recent days, a representative for Arbiv said that he plans to return to his post in the coming week. But as things stand now, Arbiv, who took a leave of absence after the details of the affair began to emerge last week, is unlikely to return to the police force in the near future.