Large police forces, MDA teams arrive on the scene in south Tel Aviv after blast goes off in car. MDA paramedic: 'We tried to evacuate the man from the vehicle, but the fire forced us to retreat'

A man was killed in a car explosion in the Kfar Shalem neighborhood in south Tel Aviv on Saturday evening.

Large police forces, as well as Magen David Adom (MDA) emergency services personnel were dispatched to the scene and began examining the circumstances of the incident.

Alon Magen, Chief Superintendent of the neighborhood station, reported that the explosion occurred at around 7:30 pm. 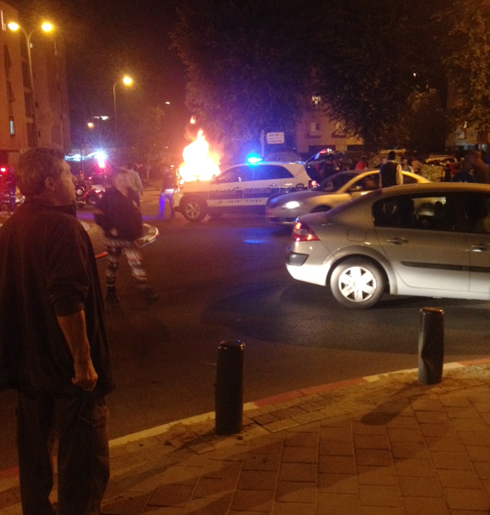 "I heard an explosion that rattled my house and I immediately went outside," said MDA paramedic Ilan Muallem, who lives nearby and arrived on the scene. 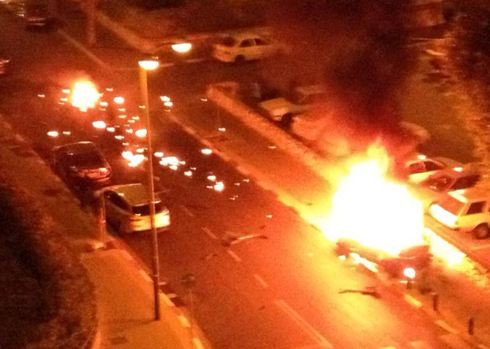 "I saw a vehicle going up in flames with a person inside. With the help of another on-call MDA paramedic that arrived at the scene, we tried to evacuate him from the vehicle, but the spreading fire forced us to retreat. After the fire was extinguished we pronounced his death." 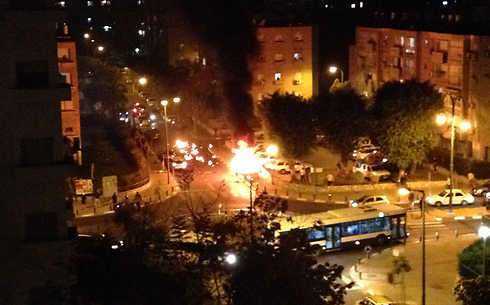 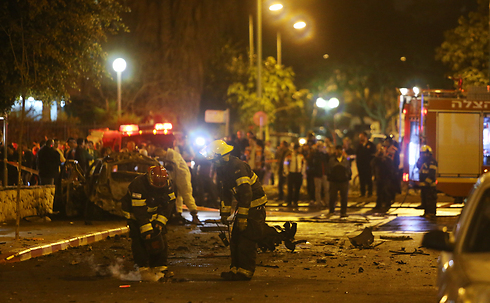 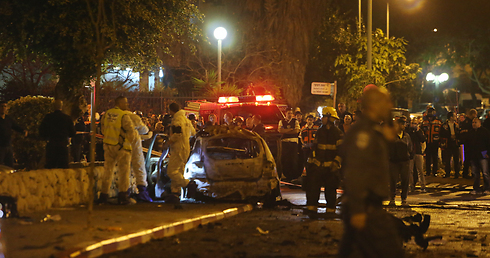 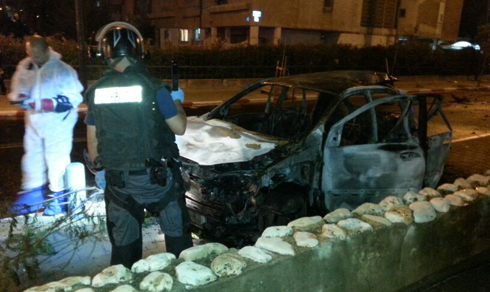 Earlier this week, two people were killed in a car explosion in Petah Tikva, not far from a kindergarten and school.

The large explosive device injured three more adults and a toddler, who were sleeping in their homes in nearby apartments.