Analysis: Islamic Jihad avenged killing of its activists, but massive rocket fire may have also been response to seizure of Iranian arms ship. Use of short-range rockets implies organization is not interested in further escalation.

The residents of the western Negev are in for a few tense days. The State of Israel and the IDF will not ignore the barrage of rockets fired from the Strip, and since the response will likely be serious – mostly, bit solely, from the air – it's safe to assume that the Palestinian Islamic Jihad and maybe even Hamas will keep on firing. The Gaza envelope communities will, for two or three days, return to the all-too-familiar routine of staying near secure spaces.

Since Operation Pillar of Defense in November 2012, we have not seen such a simultaneous barrage of dozens of rockets. It was a move initiated by Islamic Jihad, likely in coordination with Hamas, which did not even try to prevent the fire.

It's impossible that Hamas was unaware of the preparations for the launch of dozens of rockets by the second-largest organization in the Strip – which usually coordinates its move with them – giving us to undersand that Hamas gave its silent approval, even if it did not participate firing the rockets.

If exchanges of fire escalate, it's very possible that Hamas will join in, in particular if there is a high number of casualties in the Strip. It may even use longer range rockets than the short-range Qassams fired by Islamic Jihad. 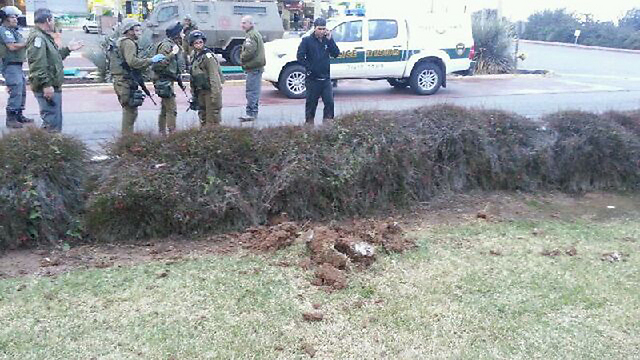 Rocket hits Gaza vicinity community, Wednesday (Photo: Roee Idan)
The question is, why did the organization decide to initiate such a major move, and even rush to take responsibility for it, although it knew very well that Israel would respond firmly and extensively? It seems that there is an accumulation of combination of reasons. Firstly, the killing of three of Jihad activists on Tuesday, as they were firing mortar shells at an IDF force operating west of the border fence (within the security zone). This military activity was conducted in accordance with the understandings in the Egyptian-brokered ceasefire between Israel and Hamas, but Islamic Jihad saw firing on IDF troops – who, as far the group was concerned, had infiltrated Gaza – as a legitimate act of defense. The killing of its activists was probably more than the organization was willing to accept. The second reason is likely the capture of the shipment of heavy rockets on the Klos-C weapons ship from Iran. Islamic Jihad is currently known as the primary Palestinian organization with direct ties to Iran, and it receives not only aid from Tehran through the Revolutionary Guards' Quds Force, but also operational orders. The seizure of the arms ship by Israel demanded an Iranian response, and Islamic Jihad was probably either asked to execute it or understood that it was supposed to do so. Simultaneous rocket launches are unusual, and the organization would probably not have taken such a risk simply because of Tuesday's border incident. The third reason is the organization's need to prove to its Iranian operators that it is worthy of the financial support, arms shipments and training it receives. In addition, it is also possible that this week's killing of a Jordanian judge of Palestinian descent by IDF troops at the Allenby crossng earlier this week helped motivate the group to unleash the major barrage.

It should be stressed that this is not the first time since Pillar of Defense that Islamic Jihad has fired rockets at communities in the Gaza vicinity, but it's usually a drizzle of a few rockets mostly carried out by a rebellious faction within the organization – a faction trying to settle scores with the central leadership as well as challenge it. There have been several such cases this year, but Jihad generally honors its agreement with Hamas and avoids firing rockets.

The policy of restraint agreed with Hamas began in the wake of Pillar of Defense, when Hamas asked for and received Islamic Jihad approval to reach Egyptian-brokered understandings with Israel. According to these understandings, Hamas will prevent rockets being fired from the Strip in exchange for Israeli concessions, such as easing the siege and opening the Rafah crossing on the Egyptian side. 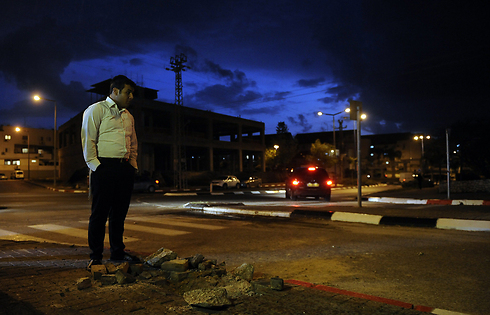 We should remember that the Pillar of Defense understandings were reached during the term of former Egyptian president Mohamed Morsi of the Muslim Brotherhood, who was not interested in a conflict with Israel. After Morsi was ousted, the Egyptian army toughened its attitude towards Hamas, and apart from destroying the smuggling tunnels between the Strip and Sinai, it is also threatening to close the Rafah crossing, which will cause serious economic and psychological distress among the Strip's residents.

The Islamic Jihad understands that, and is therefore not challenging Hamas and trying to impose restraint on its people. The organization needed a motive – or a number of very strong motives – to do what it did Wednesday afternoon. Like Hamas, the Islamic Jihad fears responses as well – both Israeli and Egyptian. On the other hand, it is in Cairo's interest to maintain calm in the Strip so that the Egyptian street would not be ignited and challenge the government to act against Israel.

It should be noted that Wednesday's rocket fire was massive quantity-wise, but that the quality of the rockets was poor. They only fired short-range rockets, dozens of which probably didn't even reach Israel but landed within the Strip. By only firing Qassam rockets at the Gaza vicinity – rather than Grads at Ashkelon or at more distant cities – the Islamic Jihad signaled to Israel that this was a one-time incident, and that after the organization avenged the killing of its activists and the ship's capture, it was not interested in further escalation.

The Israeli intelligence had no early warning about the Islamic Jihad's simultaneous rocket fire. The rockets may have been fired from underground launchers, but the fact that there was no warning raises concerns. One of the possible reasons for the absence of such warning is the stormy weather. Nonetheless, the active defense system coped well with the situation. Iron Dome batteries intercepted several rockets, the residents received a Color Red warning and took shelter, and as a result there were no injuries or damage. Now we must wait and see how the Palestinians will respond to the Israeli response. The IDF rushed to use tanks against Hamas and Jihad observation posts in the area near the fence, but it's safe to assume that that is not even the appetizer of what the IDF is preparing in response to the blatant violation of the Pillar of Defense understandings. Most chances are that the IDF is working to coordinate its activity with the Egyptians, so that they won't be surprised and will be able to prevent an escalation in the activities of the Gazan terror organizations. If there is an escalation, it's reasonable to assume that the Popular Resistance Committees will join the exchanges of fire, as will the Salafi organization. The Jihad is known to have strong ties with the organizations operating in Sinai, and so we must at least prepare for the option of rocket fire from Sinai as well. The IDF has taken that possibility into account too.