President says author, who died at the age of 87, 'expressed great interest' in the Israeli-Palestinian peace process.

President Shimon Peres eulogized Nobel laureate Gabriel Garcia Marquez who passed away on Thursday afternoon at the age of 87.


"The world will feel the loss of a great dreamer, who told both children and us adults, in such a beautiful manner, about life's truths," Peres wrote.

In his statement, the president told of his meeting with the acclaimed author in Marquez's home country of Colombia. 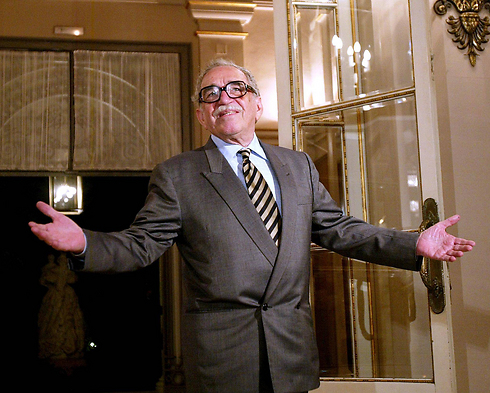 (Photo: AFP)
Marquez, Peres said, "expressed great interest" in the Israeli-Palestinian peace process. The literary giant wished for Middle East peace, Peres said, and said that until peace is achieved "my heart will remain broken and I will pray every day for the realization of the dream of peace." One of the most revered and influential writers of his generation, Marquez brought Latin America's charm and maddening contradictions to life in the minds of millions and became the best-known practitioner of "magical realism," a blending of fantastic elements into portrayals of daily life that made the extraordinary seem almost routine.

Known to millions simply as "Gabo," Garcia Marquez was widely seen as the Spanish language's most popular writer since Miguel de Cervantes in the 17th century. His extraordinary literary celebrity spawned comparisons with Mark Twain and Charles Dickens. 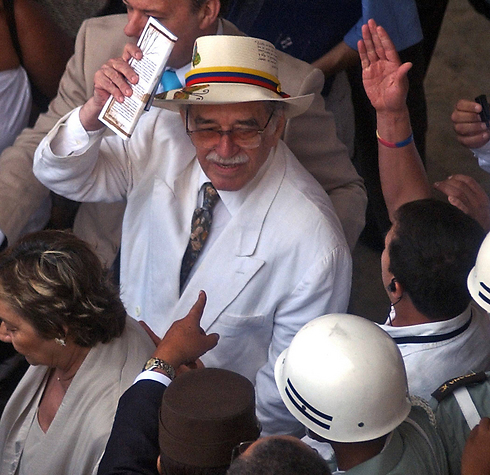 (Photo: AFP)
His flamboyant and melancholy works - among them "Chronicle of a Death Foretold," `'Love in the Time of Cholera" and "The Autumn of the Patriarch" - outsold everything published in Spanish except the Bible. The epic 1967 novel "One Hundred Years of Solitude" sold more than 50 million copies in more than 25 languages. The first sentence of "One Hundred Years of Solitude" has become one of the most famous opening lines of all time: "Many years later, as he faced the firing squad, Colonel Aureliano Buendia was to remember that distant afternoon when his father took him to discover ice." 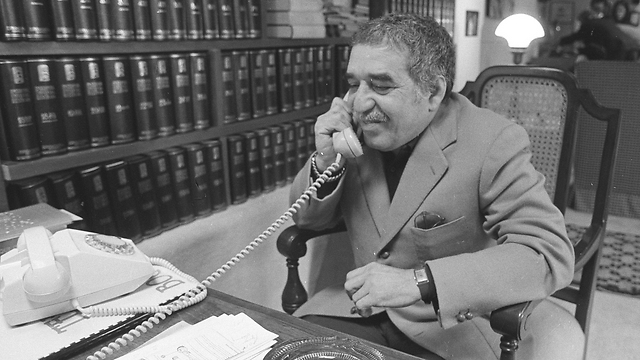 (Photo: AP)
With writers including Norman Mailer and Tom Wolfe, Garcia Marquez was also an early practitioner of the literary nonfiction that would become known as New Journalism. He became an elder statesman of Latin American journalism, with magisterial works of narrative non-fiction that included the "Story of A Shipwrecked Sailor," the tale of a seaman lost on a life raft for 10 days. He was also a scion of the region's left.

Shorter pieces dealt with subjects including Venezuela's larger-than-life president, Hugo Chavez, while the book "News of a Kidnapping" vividly portrayed how cocaine traffickers led by Pablo Escobar had shred the social and moral fabric of his native Colombia, kidnapping members of its elite. In 1994, Garcia Marquez founded the Iberoamerican Foundation for New Journalism, which offers training and competitions to raise the standard of narrative and investigative journalism across Latin America. 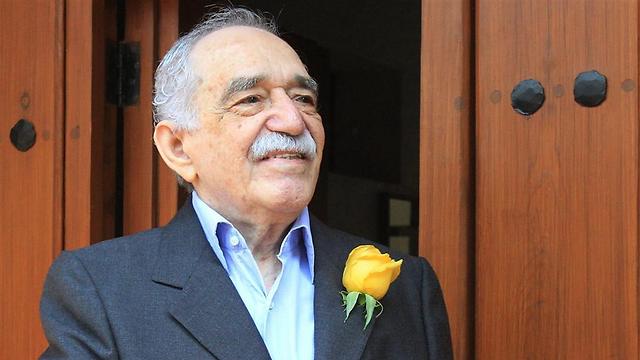 (Photo: EPA)
But for so many inside and outside the region, it was his novels that became synonymous with Latin America itself. "The world has lost one of its greatest visionary writers - and one of my favorites from the time I was young," President Barack Obama said.

When he accepted the Nobel prize in 1982, Garcia Marquez described the region as a "source of insatiable creativity, full of sorrow and beauty, of which this roving and nostalgic Colombian is but one cipher more, singled out by fortune. Poets and beggars, musicians and prophets, warriors and scoundrels, all creatures of that unbridled reality, we have had to ask but little of imagination, for our crucial problem has been a lack of conventional means to render our lives believable." 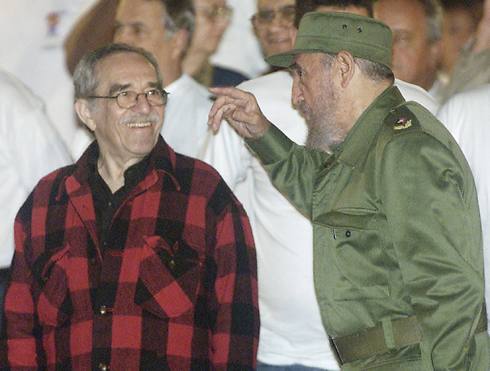 Like many Latin American writers, Garcia Marquez transcended the world of letters. He became a hero to the Latin American left as an early ally of Cuba's revolutionary leader Fidel Castro and a critic of Washington's interventions from Vietnam to Chile. His affable visage, set off by a white mustache and bushy grey eyebrows, was instantly recognizable. Unable to receive a US visa for years due to his politics, he was nonetheless courted by presidents and kings. He counted Bill Clinton and Francois Mitterrand among his presidential friends. 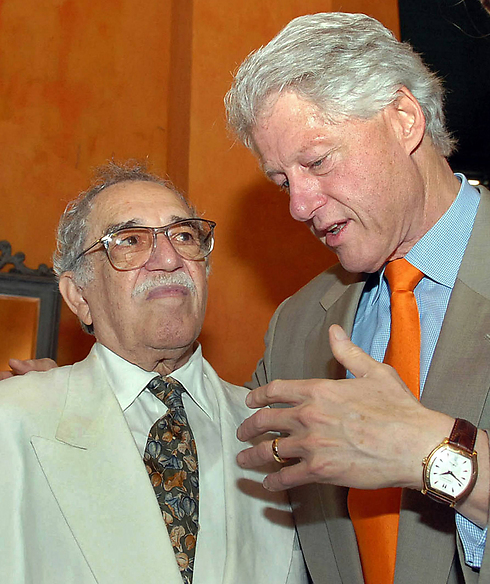 Marquez and former US President Bill Clinton (Photo: AFP)
"From the time I read `One Hundred Years of Solitude' more than 40 years ago, I was always amazed by his unique gifts of imagination, clarity of thought, and emotional honesty," Clinton said Thursday. "I was honored to be his friend and to know his great heart and brilliant mind for more than 20 years." Garcia Marquez was born in Aracataca, a small Colombian town near the Caribbean coast on March 6, 1927. He was the eldest of the 11 children of Luisa Santiaga Marquez and Gabriel Elijio Garcia, a telegraphist and a wandering homeopathic pharmacist who fathered at least four children outside of his marriage.