Survivors use Israel's Holocaust Rememberance day to think back on some of their most difficult memories.

In an annual ritual, Israel will come to a standstill Monday morning for the country's official Holocaust remembrance day. Air raid sirens will wail across the country as pedestrians stop in their tracks and drivers exit their vehicles and bow their heads to honor the six million victims of the Nazi genocide of World War II that wiped out a third of world Jewry.

For Israelis of all walks of life, the two-minute tribute offers a moment to remember the victims and focus on an image that dreaded period represents to them. For Israel's dwindling population of elderly Holocaust survivors, however, the painful memories linger year-round.

Hundreds of thousands of survivors made their way to pre-state Israel after the war and helped build the new country. With less than 200,000 survivors remaining, Israel is still home to the largest such community in the world.

To capture the experience in a snapshot would be impossible. Still, The Associated Press asked a group of survivors who endured the worst horrors of the Holocaust to share their strongest singular memory. Without exception, each focused on those closest to them who did not survive. Asher Aud (Sieradski), 86 (Poland): Married, three children and ten grandchildren. Retired from Israel Military Industries, a state-owned weapons manufacturer. Asher Aud's odyssey reads like a history of the Holocaust's horrors.

Over six years, he was separated from his parents and siblings in his native Polish town of Zdunska Wola and then scavenged for scraps of bread and staved off a debilitating illness alone in the Lodz ghetto before he was deported to the Auschwitz death camp. 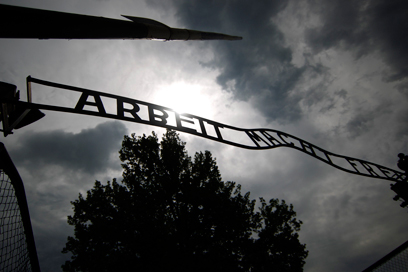