An Israeli is among the 249 people killed Thursday when a Malaysian jetliner was shot from the sky by what US intelligence officials believe was a surface-to-air missile.

The man was named as Itamar Avnon, 27, an Israeli who had served in the army as a lone soldier. 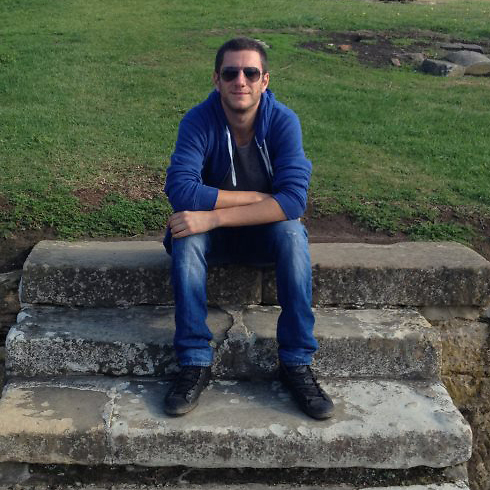 The cause of Thursday's crash was not immediately clear but the area has seen heavy fighting recently between government troops and pro-Russia separatists, with the rebels bragging about shooting down two Ukrainian military jets in the region Wednesday, just a day earlier.

Avnon's father, Dov, wrote on his Facebook page that "unfortunely, our son Itamar was on the plane the crashed in Ukraine. He was making his way back to Australia after visiting Holland. He served as a paratrooper and fought in Operation Cast Lead," the IDF's last Gaza operation, "but died in a plane crash." 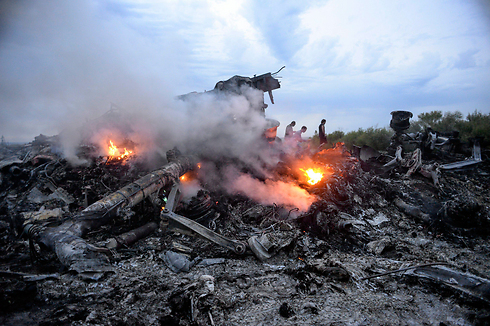 Debris from crash (Photo: EPA)
Ukraine accused the rebels of shooting down the Malaysia Airways plane. The rebels denied it. Russian President Vladimir Putin blamed Ukraine for the downing, saying it was responsible for the unrest in its Russian-speaking eastern regions - but did not accuse Ukraine of shooting the plane down and not address the key question of whether Russia itself gave the rebels such a powerful missile. 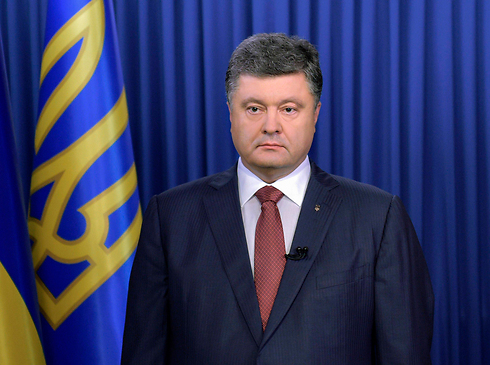 Ukraine and the West have accused Russia of supporting the rebels, a charge that Moscow denies.

American intelligence authorities said a surface-to-air missile brought the plane down but were still working on who fired it.

Ukrainian President Petro Poroshenko called it an "act of terrorism" and demanded an international investigation. He insisted his forces did not shoot down the plane.

For the first day in months, there was no sign of fighting in the area, but it was not immediately clear if a formal cease-fire had been called.

The crash site itself was sprawling. Large chunks of the Boeing 777 that bore the airline's red, white and blue markings lay strewn over a field. The cockpit and one turbines lay a kilometer (over a half-mile) apart, and residents said the tail landed about 10 kilometers (6 miles) away, indicating the aircraft most likely broke up before hitting the ground.

At least four bodies were seen in the streets of the village, and an Associated Press journalist saw bodies and body parts strewn across a sunflower field outside Rozsypne.

One rebel militiamen in the village told The Associated Press that he had seen a part of the fuselage demonstrating evidence of having been struck by a projectile.

Kenneth Quinn of the Flight Safety Foundation said an international coalition of countries should lead the investigation. The Unites States has offered to help.

But the actual investigation is likely to be severely complicated by the still-tense security situation. The road from Donetsk, the largest city in the region, to the site of the crash was separated by five rebel checkpoints Friday. At every checkpoint, militiamen ran document checks.