While foreign nationals protest in favor of Gaza operation; protesters in Tel Aviv and Haifa urge end to incursion.

Dozens of foreign nationals, mostly from the Philippines, held a demonstration in south Tel Aviv's Central Bus Station, calling for "peace and safety for the people of Israel," in which they expressed their support of the IDF's operation and waved Israeli flags. 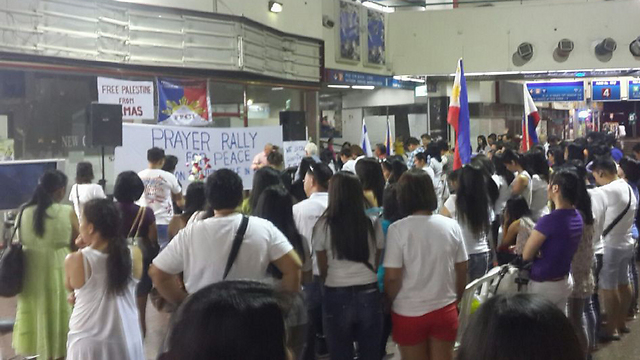 Meanwhile, leftist in Tel Aviv and Haifa held protests calling on Israel to end its violent Gaza operation, and clashed with the rightists holding counter protests. 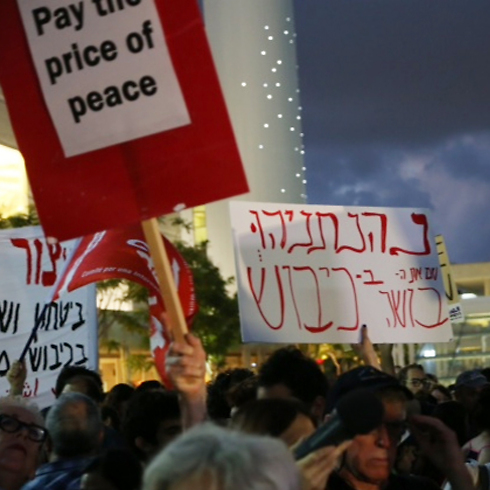 Anti-Gaza operation protest in Tel Aviv (Photo: Motti Kimchi)
"We also feel threatened," one of the Filipino nationals told Ynet. According to a community organization statement, the demonstration was held to "pray for Israelis and for IDF soldiers risking their lives." Jeffry Ulian, a community leader, said "there are kids from the community who serve in the IDF, and we are grateful to the soldiers fighting for us and Iron Dome protecting us. "I want to send a message to the Muslims protesting against Israel in the Philippines: There are Filipinos in Israel!" 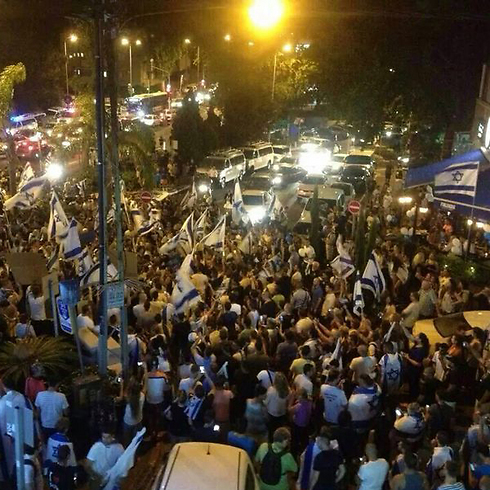 Also on Saturday, hundreds of Arab and Jewish protesters from the left-wing party Hadash demonstrated against the Gaza operation, and clashed with extreme right-wing activists in Haifa. A simmilar protest was held in Tel Aviv and was also attended by hundreds. 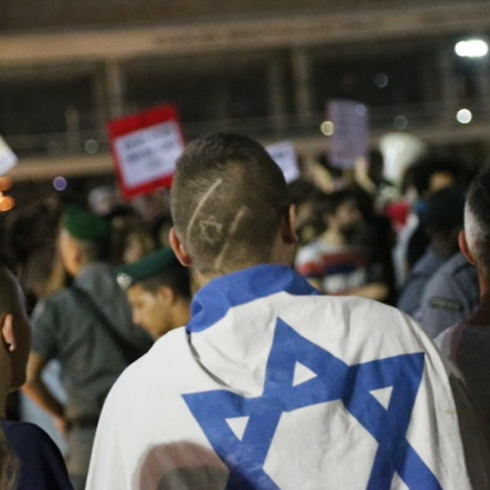