Israeli economy is slipping into recession

Drop in GNP in Q3 reflects downturn in investments and exports, and rise in private and public expenditure; bnut it's not all bad news.

All those who still believed that the figures indicating an economic slowdown in Israel were merely provisional and shouldn't concern us too much received a response on Sunday from one Finance Ministry official who said: "The Israeli economy got a slap in the face."

For the first time since 2009, the third quarter of the year yielded negative growth: The Gross National Profit fell 0.4 percent in annualized terms, following a 2.2 percent climb in the second quarter and an increase of 3.2 percent in the first three-month period of the year. This constitutes a serious about-turn in the Israeli economy and a distinct slippage into a recession.

Two consecutive quarters of negative growth officially define the economic situation in the country as a recession. What remains to be seen is whether or not the current quarter, the last of the year, will also yield negative growth. It's worth noting, meanwhile, that the third quarter includes the months of July and August, in which Operation Protective Edge took place, with all its negative ramifications for the economy. 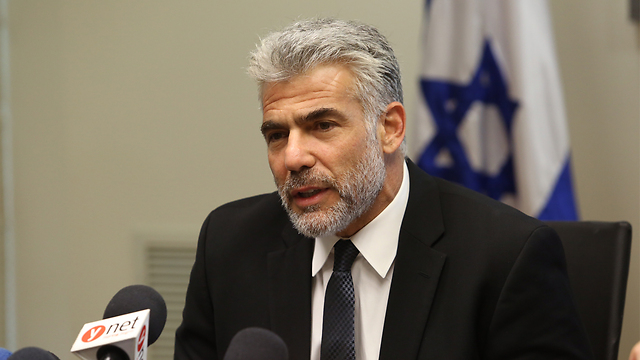 The fall in GNP in the third quarter of the year reflects, according to the Central Bureau of Statistics, a decline in investments in assets and the export of goods and services, and a rise in both private and public consumption expenditure.

A review of growth figures in recent years reveals that the last time the Israeli economy experienced negative growth over a three-month period was in the first quarter of 2009 – negative 0.2 percent. The quarter before that, the last quarter of 2008, also yielded negative growth (minus 1.8 percent). And thus, the two consecutive quarters signaled the recession Israel got caught up in back then, at the time of Operation Cast Lead.

Despite all the government announcements about increased construction for residential purposes, the CBS figures reveal a different picture: Investment in residential construction fell 2.1 percent in the third quarter of 2014, in annualized terms, following a drop of 2.3 percent in the previous three-month period, and a 2 percent slip in the first quarter. At the same time, exports of goods and services – excluding the diamonds and hi-tech sectors – fell 4.4 percent in the third quarter of this year. In addition, tourism to Israel plunged 31.1 percent (77.5 percent in annualized terms) in the July-September period, due in all likelihood to Operation Protective Edge.

Nevertheless, there are some bright spots: Imports of goods and services increased 16.2 percent in the third quarter, following a 4.5 percent fall in the previous three-month period; and private spending rose 1.8 percent per capita. In other words, there clearly hasn’t been a drop in the standard of living. The rise in private spending per capita in the third quarter reflects an increase of 17.9 percent in spending on durable goods (cars, furniture and electrical appliances). In addition, spending on food, utilities, clothing and footwear, medicines, home maintenance and travel abroad remained stable, after an increase of 2.4 percent in annualized terms in the previous quarter.

The figures were greeted with astonishment at the government's economic ministries, with a senior officials admitting on Sunday: "We didn't expect this. This is a blow we will have to work to overcome."

According to a statement from the treasury, "The Finance Ministry assessed that growth would be affected in the wake of Operation Protective Edge. The Israeli economy remains stable, in part due to the measures we took during the period 2013-2014; we believe therefore that we're dealing with a time-specific result and not long-term damage. The growth forecasts for 2014-2015 remain as they were."