Ran Abu Dolah fought during Operation Protective Edge and injured by an anti-tank missile but was not allowed entry to a pub in northern Israel over the weekend because he is not Jewish, 'Apparently, they are good enough to fight in Gaza but not to enter a pub,' says a friend of Dolah.

Ran Abu Dolah, a Druze IDF soldier who fought during Operation Protective Edge and was injured by a Hamas anti-tank missile, decided to head over to a pub in northern Israel with another Druze friend over the weekend, but was denied entry into the establishment. The security guard at the entrance said, “I’m not allowed to let in non-Jews,” according to Dolah.

Dolah is a 23-year-old from Yarka, a Druze village in northern Israel that is located northeast of Acre. 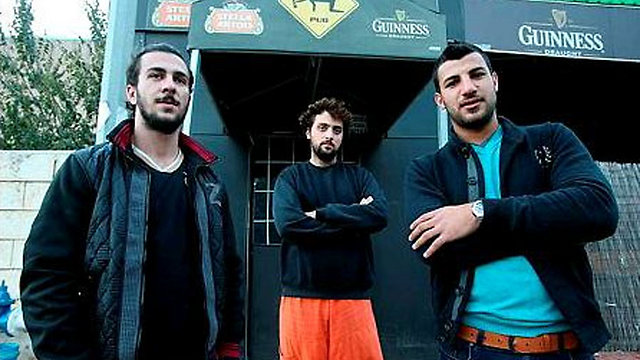 Dolah (right), and Hamoud (left) were denied entry to a pub in northern Israel. (Photo: Elad Gershgoren)
The owner of the Carmiel pub which the boys tried to enter said, “We do not discriminate, it’s a members only club.”

Dolah was drafted into the IDF after he completed a prestigious program sponsored by the IDF, which pays for studies of promising soldiers in return for an extended military service in a specialized field. 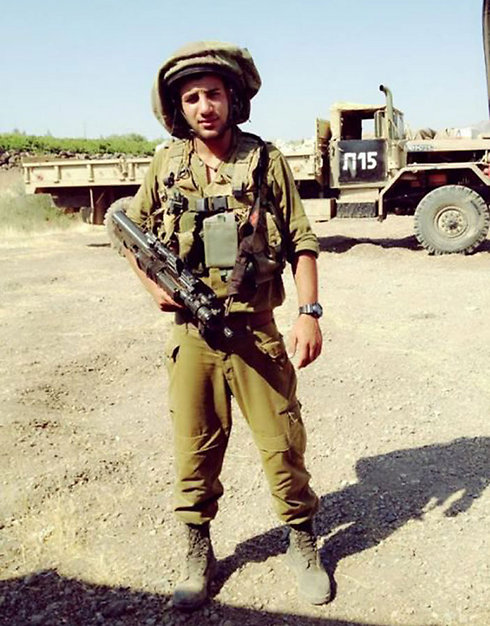 Dolah during his IDF service in the Golani Brigade.
Dolah studied electronic and electrical engineering and served in the esteemed Golani Brigade in the IDF. During Operation Protective Edge, Dolah entered Gaza with his unit directly into the battle stricken city of Sajaiya where 13 IDF soldiers were killed. On the 27th of July, Dolah was wounded by a Hamas anti-tank missile and suffered a fractured pelvis and herniated disc for which he is still undergoing rehabilitative treatment.

Last Thursday night, Dolah intended to have a fun night with some friends at the Carmiel pub in northern Israel.

The security guard at the entrance to the pub allowed Dolah’s Jewish friends to enter without trouble. However Dolah and his friend Amir Hamoud (22), who is also a resident of Yarka, were told they had to stay outside. “We have a lot of Jewish friends from our studies, one of them served with us in the Golani Brigade, and usually we go out together. However when the security guard at the entrance saw where we lived on our IDs, he told me that the owner of the pub instructed him not to allow anybody who is not Jewish to enter,” said Dolah. “I didn’t believe what I was hearing. What did we do to deserve this treatment?” added Hamoud. The two men quickly told their Jewish friends, who were already inside the pub, that they were not allowed to enter. Their friends tried to help. “I talked to the owner of the place. I told him these are our friends - great people. The owner avoided answering us and sent us to speak with the security guard who said ‘I do what the owner tells me,’” said Harel Charsky. “When we saw that Ran and Amir were left outside, we got up and left the pub. This is shameful discrimination and racism,” said Charsky. Another friend, Natanel Kalfon still seemed shocked by the incident: “I have never encountered this kind of racism. Apparently the Druze are good for military service, to fight in Gaza, but not good enough to enter a pub. The moment they take off their uniform nobody counts them.” Dolah and Hamoud were forced to shamefully go home that night.

“This is not the first time, and unfortunately probably not the last, that young Druze who give everything to the nation are discriminated against when they go out during the weekend,” said Dolah.

"They must decide – if we are truly speaking of a lifelong covenant between Jews and Druze in this country, then it must be manifested in life and not only in death," said Dolah.

The owner of the Carmiel pub responded and said that the “Carmiel pub is a members only club. The customers sign up during the week and receive a member's card.” 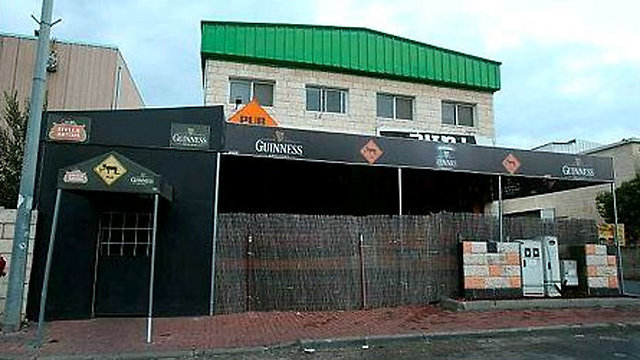 The Carmiel pub in northern Israel where Dolah said he was denied entry because he is not Jewish. (Photo: Elad Gershgoren)
“We do not discriminate. I have a great respect for the Druze community. Many Druze businesspeople enjoy themselves here, and everything is okay. We employ Muslim security guards, and the bartender is a Lebanese Christian, and we respect and accept everyone,” he continued.

Even though the sign outside the pub says the establishment is a “member's only club,” Kalfon claimed that this was a “lie and deceit” and the club is “open to everyone.”

“My friends and I have gone there and we are not members,” Kalfon said. The spiritual leader of the Druze community, Sheikh Moafaq Tarif, said that “after 65 years it is a disgrace that the Druze are not properly integrated into Israeli society as they should be, and are not allowed to enter places in this country. The time has come for equality and not just in words, but in actions. This discrimination against Druze must be condemned.”