More than 60 people accuse Eden Memorial Park of breaking vaults to make room for more graves and disposing of human bones in a pile.

One of America's largest Jewish cemeteries and the resting place of notables including Groucho Marx has been sued for allegedly breaking vaults to make room for more graves and throwing out human bones in a pile.

More than 60 people accuse Eden Memorial Park in Los Angeles suburb of Mission Hills of negligence, fraud and other civil offenses, according to the Los Angeles Daily News.

The lawsuit, filed in Los Angeles Superior Court, seeks millions of dollars in damages and comes about a year after Eden Memorial's parent company settled a lawsuit for $80.5 million over similar complaints at the same cemetery. In the latest lawsuit, families say they were not told when they bought plots in areas of the cemetery where groundskeepers were instructed to make new graves fit even if it required breaking outer burial containers in adjacent graves.

The work caused remains to be disturbed or disposed in a pile on the cemetery grounds, according to the lawsuit. 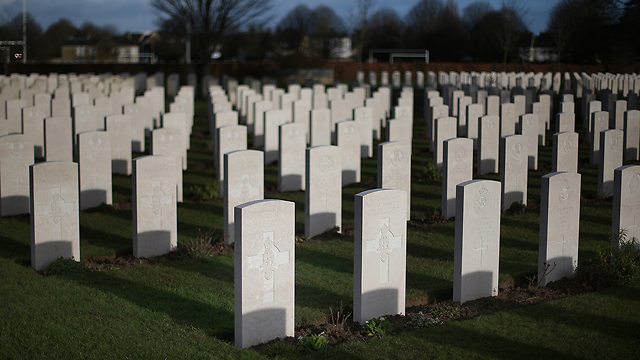 Attorney Gary Praglin, who represents the plaintiffs, said the cemetery committed "a horrible violation of trust." He said it should have told customers about the plots they bought, where they were located and what was happening there.

"Current and former groundskeepers at the cemetery have admitted that breaking burial vaults will often cause human remains to spill out of the broken vaults," the complaint says. "In such situations, the groundskeepers were instructed by their supervisors to throw away the bones and other remains in the Cemetery Dump located on the cemetery premises."

State regulators from the Department of Consumer Affairs last inspected Eden Memorial in September, but they found no evidence of what the lawsuit alleges.

The first lawsuit was filed in 2009 and covered complaints from 1985.