Fifty ambassadors and other diplomats visit Samaria region for educational tour of area as part of preparations for oversea missions.

A large group of Israeli ambassadors and diplomats, who will soon leave for missions abroad, met on Monday with leaders of settler groups in the West Bank for an educational tour as part of their preparations for their trip overseas.

The tour was attended by 50 Israeli diplomats, including ambassadors, consul generals and deputy ambassadors.

The tour was initiated by the Training Division in the Foreign Ministry. This is the first time an official delegation of senior Israeli diplomats met with representatives from settlements in the Samaria region. The diplomats were briefed by officers in the Judea and Samaria Division, met with veteran settler leader Benny Katzover on Mount Gerizim, and visited the Bracha winery's visitor center near Nablus. 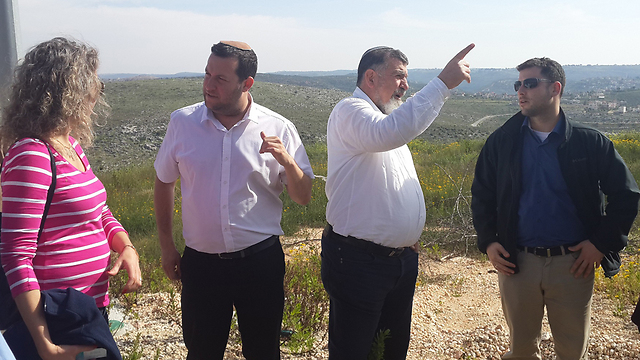 The delegation also visited the Barkan Industrial zone where 8,000 workers are employed – including 5,000 Palestinians. This industrial zone exports are worth $150 million a year – and if the EU decides to boycott settlement products, the economical damage would be significant.

The Foreign Ministry and the settlers share a common interest on this issue. While at Barkan, the ambassadors and diplomats met with Jewish and Palestinian workers employed at the Lipsky plastic factory and received a briefing from Gershon Masika, head of the Samaria Regional Council. "If you are looking for coexistence, you can find it here in the Barkan industrial area, where the Palestinian workers have the same employment rights as Israeli workers." 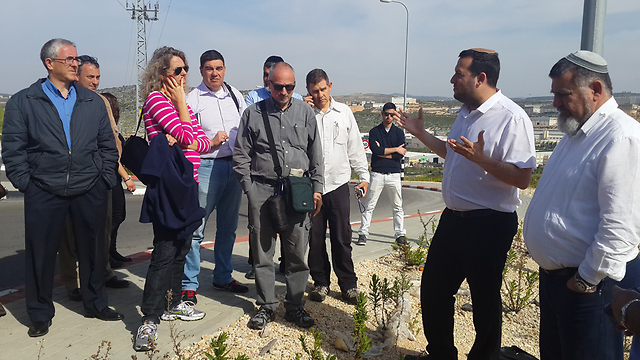 Photo: Shomron Regional Council Spokesman
Masika told the group that "when you bring guests, bring them here. Seeing is believing – the hasbara (public diplomacy in Israel) is very important to us."

The Foreign Ministry stressed that the tour was an educational experience which aimed to strengthen the tools available to Israeli diplomats in their missions abroad, where they face many challenges related to the Israeli-Palestinian conflict. Ministry sources said that there was nothing like a visit to the area to gain a deep understanding of the various issues. 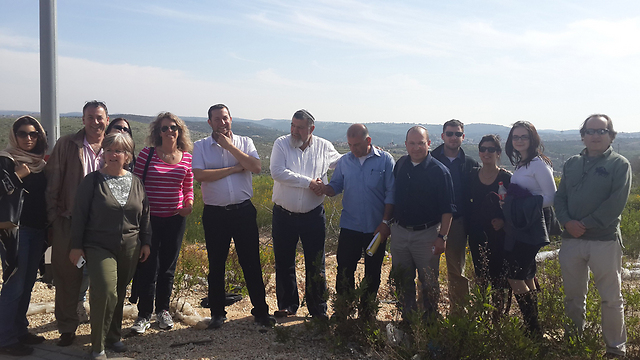 In the past, settlers complained of a lack of cooperation from the Foreign Ministry in hasbara efforts abroad. However, the collaboration between them has been strengthened over the past months. For example, Acting Head of the Samaria Regional Council, Yossi Dagan, gave a lecture last month to cadets in the Foreign Ministry training course.

The Samaria is an area that is very active in the field of public diplomacy, and has hosted in recent years more than 100 parliament members and 150 foreign journalists. Settlers from the area also began to form a "pro-Israel political action committee” within the French parliament to raise awareness about the coexistence between Israelis and Palestinians in the territories