Sexual victims and organizations dealing with sexual harassment say this is a direct result of a culture of silence and a fear to report an offense widespread in the intelligence community.

The intelligence organizations have released the data following months of uproar over repeated allegations of sexual offenses in the Israel Police. 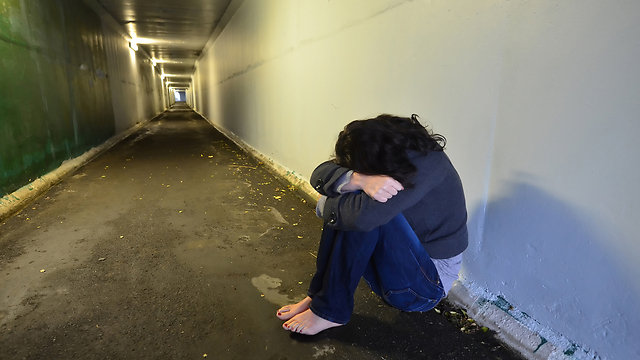 The complaint filed with the Mossad was against another state employee and therefore transferred to the Civil Service Commission, which eventually found it was unjustified.

During those same years, the Mossad's gender equality institution received 14 complaints or reports of sexual harassment, but the applicants were not willing to file a complaint and as such the cases were treated as administrative and disciplinary matters.

At the Shin Bet, one of the two complaints in the three-year span was filed in 2012 and the other in 2013. In both cases, workers were sentenced in an internal disciplinary procedure. In one case, the complaint led to the dismissal of the harasser while in the other case, the employee received a severe reprimand - one month's salary was deducted and the employee was barred from receiving a promotion for four years.

The Mossad, whose staff is 37 percent women, said of the low number of complaints: "In many cases, despite the efforts of the commission on gender equality to persuade applicants to complain, they are unwilling to complain and become exposed. The reasons for this are varied – sometimes (the women) are interested in putting the matter behind them and not deal with it anymore after the harassment has ended. Sometimes (the woman) fears that her name and complaint will become known and sometimes (she) fears for her good reputation."

The appeal made to the Prime Minister's Office, which is responsible for the Mossad and Shin Bet, was made by Gal Rozenswieg from the the Clinic for the Freedom of Information at the College of Management Academic Studies.

Attorney Alona Winograd, head of the Movement for Freedom of Information, said: "The response by the intelligence services to the request of freedom of information is an unprecedented achievement. The mere fact that a response was given is estimable and emphasizes the change that has begun within the authorities on the right the public has to receive information."

According to Winograd, the movement for the freedom of information filed a request three years ago to obtain information about sexual harassment within the intelligence organizations but did not receive a favorable response.

The Mossad also detailed the way in which it handles complaints of sexual harassment. According to the organization, a representative of the committee for gender equality meets discreetly with the individual who filed the complaint. The complaint is then transferred to representatives of the Civil Service Commission. The complaint is then dealt with according to guidelines with the coordination of the institution's legal advisors.

CEO of The Association of Rape Crisis Centers Orit Solotziano is not impressed by the data. According to Solotziano, "the Shin Bet and Mossad are male-centered, hierarchal organizations, and as experiences from the IDF and police have taught us, unfortunately, these types of organizations are characterized many times by silencing of sexual harassment cases, which seriously harms the security and personal welfare of workers in these institutions."

According to Solotziano, the fact that there were only three complaints filed in a span of three years in the intelligence services points to a subculture of fear among women and men to report cases of sexual harassment.