According to sources quoted by Al Jazeera, the attack in al-Qalamoun targeted the 155th and 65th Brigades of the Syrian army, which deal with strategic weapons and long-range missiles.

The sources reported several explosions in the Syrian towns of Al-Qutayfah, Yabroud and Qarah on the outskirts of Damascus. 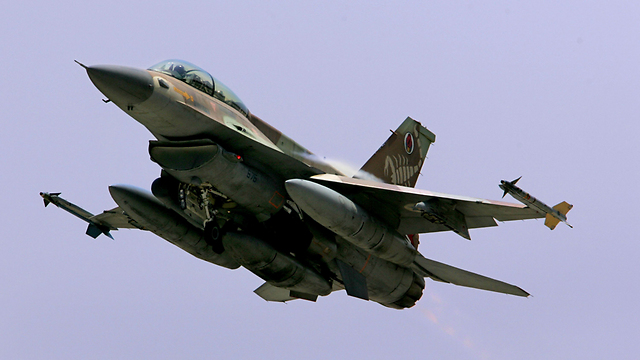 Sources confirmed to Lebanese news site Elnashra that Israel attacked Syrian posts near Qarah. Elnashra is a site known for its pro-Assad and pro-Hezbollah coverage.

According to foreign sources, Israeli air force have allegedly carried out several raids against targets in Syria, including depots storing weapons meant for Hezbollah, since the conflict there started over four years ago.

Though Israel had maintained a policy of neutrality regarding the Syrian war, the most recent strike was said to be in January, when Hezbollah commander Jihad Mughniyeh, the son of Lebanese terrorist Imad Mughniyah, was killed along with other Hezbollah fighters and a senior Iranian Revolutionary Guards commander.

Israel has never confirmed it carried out the strikes, but it says it has a policy of preventing arms transfers to militant groups including Hezbollah.