'If the government has new ways to build faster, it can go ahead'
Photo: AP 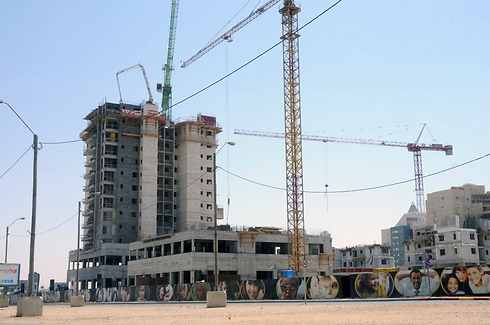 Op-ed: Without the World Zionist Organization's subdivision, dozens of communities in the Galilee and the Negev would not have been established. As one of the government's most efficient tools, it must not be shut down.

Last week, I had the chance of speaking to four significant Israeli entrepreneurs, who have turned us into the Startup Nation. They included Yossi Vardi, one of the pioneers in the field of startup companies; Dov Moran, who brought the DiskOnKey into the world and dozens of other inventions; Prof. Haim Rabinowitch, who took part in the development of cherry tomatoes and turned them into an important export industry for Israel; and Dr. Danny Gold, who was responsible for the development of the Iron Dome System.

Each of them changed the world, each of them turned Israel into a technological power – just like David Ben-Gurion, Israel's first prime minister, had dreamed.

It was an early morning hour, and we were talking in front of cameras about the reason why these ideas develop here of all places. Why Israelis? Why Jews of all people? And how can we explain the gap between the familiar complaints and the successes?

And there was also one explanation related to the government: Apart from Danny Gold, who developed a military system, the advantage all the other entrepreneurs had was freedom. That did as they pleased, thought about whatever they wanted, invested, fell and got up – all thanks to themselves. The government helped by not interfering – it created comfortable conditions and remained behind the scenes.

Construction in the Negev. In Israel, it's easy to set big processes in motion without governmental involvement (Photo: Herzl Yosef)

This insight is important in almost every field of work. In Israel, it's easy to set big processes in motion without governmental involvement. The moment the government performs, the chances of implementing the project decrease. Bureaucracy is difficult, legalization creates almost imaginary restrictions, and no one wants to be an entrepreneur while working for a governmental salary. The only thing an average government worker wants is to get home safely without getting in trouble.

If these had been the systems at Ben-Gurion and (former finance minister) Pinchas Sapir's side, I doubt Israel would have survived. I was a civil servant for certain periods of my life, and I personally experienced it. Some of the restrictions have a systematic logic aimed at protecting public money, but some of them have the independent power to stop every good idea raised on the ground. In many cases, the Startup Nation stops at the government compound, no matter how talented the ministers are and how much goodwill they have.

In order to work, one must find creative ways. One of those ways is the World Zionist Organization's Settlement Division. According to estimates, as an external body the division receives half a billion shekels (about $125 million) from the state to build settlement projects according to the government's decisions. They build in the Negev, in the Galilee, in the Golan Heights and in Judea and Samaria. Why them? Because they work fast, as part of procedures. If the Construction Ministry is asked to do it, it will take many years.

The Settlement Division is a slim body with a comptroller on behalf of the Finance Ministry and a legal advisor who ensure proper management but also an ability to maneuver as an extra-governmental body. For example, instead of re-issuing a tender which takes a year, they issue a one-year framework bid – and the winning contractor, who offers the lowest price, works on the all projects for an entire year. Could that have been done in the government? Perhaps, but it's a fact that it hasn't been happening.

The deputy attorney general recently demanded that the Settlement Division be closed down in light of claims from the opposition that money is being transferred under the table to build settlements.

There is a lot of truth in the claim that the government is building in Judea and Samaria without a clear plan on what and where – but these claims are irrelevant to the Settlement Division. They are relevant to the government, which decides where to invest. If we want to change the investment map, we should replace the government rather than shut down one of its most efficient tools.

Without the Settlement Division, dozens of communities in the Galilee and the Negev would not have been built, including new Bedouin communities in the Arad and Dimona area, the Ayalim student villages in the south or the caravilla sites for Gush Katif evacuees.

If there are mishaps and transparency problems, they should be solved. And if the government has new ways to work faster, it should go ahead, create competition and make the division redundant. Until then, let them work peacefully. We are not done building.