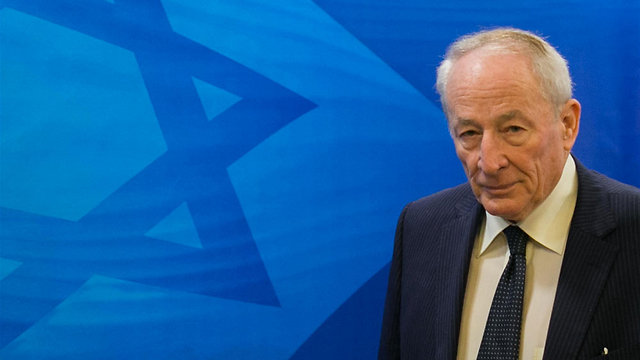 Weinstein determined funds must not be 'given' to any specific party or faction, but agreements stipulate each MK would receive NIS 20 million in 'coalition funds' for unspecific purposes.

Attorney General Yehuda Weinstein could pose an obstacle to the coalition agreements Prime Minister Benjamin Netanyahu has signed with United Torah Judaism and Bayit Yehudi, after raising his objections to the allocation of hundreds of millions of shekels in "coalition funds" to specific parties or factions.

In addition, the Settlement Division under Bayit Yehudi's Uri Ariel will receive an extra NIS 50 million.

The existing method of transferring coalition funds has been in place for years. These are funds originating in a state budget surplus and directed towards purposes chosen by a party in the coalition. (In certain cases, opposition members also receive such allocations.)

In the recent scandal centering on former Yisrael Beytenu MK Faina Kirschenbaum, suspicions arose that these funds were used by political officials to transfer sums that essentially functioned as part of a system of bribery.

In March, Weinstein issued clear instructions for the implementation of political agreements that include budgetary allocations. According to Weinstein, the funds allocated in any such agreement must be included in the state budget and cannot be listed in a way that earmarks them as "belonging" to a party or a faction.

In addition, Treasury officials will no longer receive instructions regarding the implementation of the budget from anyone but those authorized to do so by the government.

Furthermore, Weinstein has determined that political agreements that allocate a budget to a specific group cannot be implemented. The attorney general noted that allocating funds to a specific group could result in these groups being dependent on the party that reached the agreement "in their benefit", and might even at times serve as a cover for personal or political benefits.

When funds can be permitted to be allocated to a specific group due to the unique nature of the group in question, special measures have been determined to provide appropriate control and supervision.

Despite these instructions, funds were clearly allocated to specific parties in the coalition agreements.

Deputy Attorney General for Legislative Affairs Dena Zilber wrote in a legal opinion in February that the state must reclaim powers given to the Settlement Division regarding policy setting, including decisions on the distribution of resources to third parties.

"In accordance with this, the state must end the direct budget for the Settlement Division, whether as part of the state budget or in other manners of direct funds transfer," Zilber wrote.

Despite this legal opinion, the Settlement Division will receive a direct transfer of NIS 50 million.