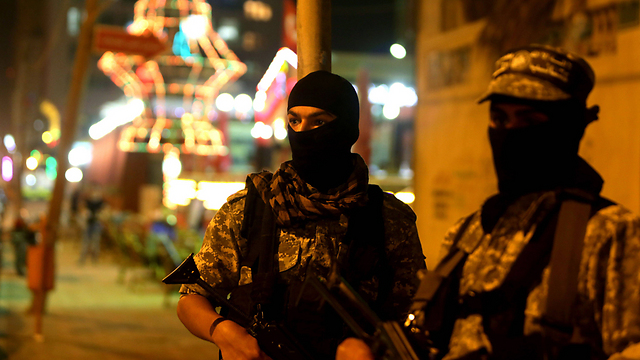 Shin Bet chief says Hamas losing its ability to govern in Gaza, facing funding challenges, a stagnant effort to rebuild after war, and increasing resistance by ISIS aligned groups from within the territory; 'We will uproot the state of the Jews (Israel) and you and Fatah,' ISIS militants tell Hamas in new video.

Islamic State insurgents threatened on Tuesday to turn the Gaza Strip into another of their Middle East fiefdoms, accusing Hamas, the organization that rules the Palestinian territory, of being insufficiently stringent about religious enforcement.

The video statement, issued from an Islamic State stronghold in Syria, was a rare public challenge to Hamas, which has been cracking down on jihadis in Gaza who oppose its truces with Israel and reconciliation with the US-backed rival Palestinian faction Fatah.

"Eight years they control the territory, and have yet to enforce one Islamic teaching," the ISIS speaker said in the video.

"We will uproot the state of the Jews (Israel) and you and Fatah, and all of the secularists are nothing and you will be over-run by our creeping multitudes," said a masked Islamic State member in the message addressed to the "tyrants of Hamas". "The rule of sharia (Islamic law) will be implemented in Gaza, in spite of you. We swear that what is happening in the Levant today, and in particular the Yarmouk camp, will happen in Gaza," he said, referring to Islamic State advances in Syria, including in a Damascus district founded by Palestinian refugees. Islamic State has also taken over swathes of Iraq and has claimed attacks in Egypt, Libya, Tunisia and Yemen.

Hamas security forces (Photo:AFP)
Hamas is an Islamist movement that shares the jihadis' hostility to Israel but not their quest for a global religious war, defining itself more within the framework of Palestinian nationalism. Deemed a terrorist group by Israel, the United States and the European Union, and viewed by neighboring Arab power Egypt as a regional security threat, Hamas's struggle against Islamic State-linked jihadis has not won sympathy abroad. Israel's intelligence minister, Israel Katz, accused Hamas on Tuesday of partnering with Islamic State affiliates in the Egyptian Sinai - a charge long denied by the Palestinian group. "There is cooperation between them in the realm of weapons smuggling and terrorist attacks. The Egyptians know this, and the Saudis," Katz told a Tel Aviv conference organized by the Israel Defense journal. "At the same time, within Gaza, ISIS (Islamic State) has been flouting Hamas. But they have common cause against the Jews, in Israel or abroad."

Meanwhile, Shin Bet chief Yoram Cohen told the Knesset's Foreign Affairs and Defense Committee on Tuesday that Hamas is losing control over the Gaza Strip and its ability to govern there is eroding.

One of the challenges Hamas is dealing with is the reconstruction of the Gaza Strip following the destruction caused during last summer's Operation Protective Edge. A major component of which is the lack of foreign funding due to infighting between Hamas and the Palestinian Authority over control of border crossings, Cohen said. 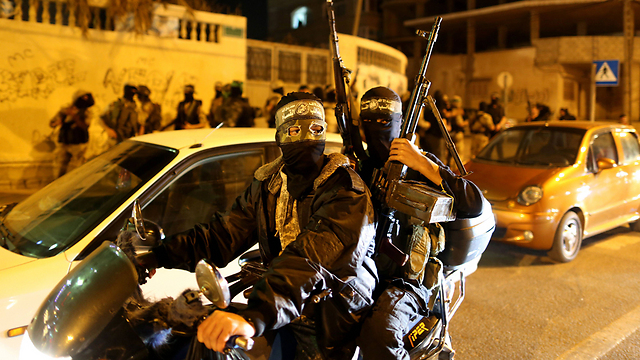 In the face of this erosion, Cohen stated that Hamas still maintains control of the Strip, whether through fear or the lack of an organic alternative.

Referring to the next possible conflict, Cohen said that the organization is speeding up its military preparations, including rehabilitating its tunnel program and efforts to develop and build more rockets. With that said, Cohen estimates that Hamas does not currently have the will to act against Israel, even though it has the capabilities to conduct a serious campaign with the means it has at hand now.

The Shin Bet chief stated that there is a fear of Hamas within the Strip – and this fear was especially evident in a recent AP article marking a year since the operation. In the article, a 50-year-old named Imad Feri described his anger at Hamas; "Who is not angry about this difficult situation? We are waiting for the rebuilding and are not getting it. But the civilians in Gaza won't revolt against Hamas. If I say two words, I may go to prison," the Gaza resident said.

A recent survey found that half of Gaza's residents would leave the Strip if the borders were opened. 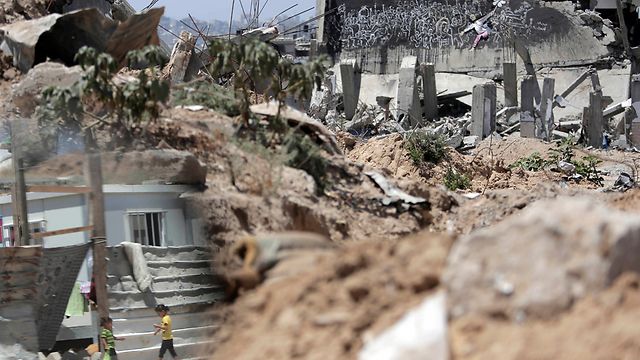 Cohen also referenced recent events in the West Bank, bringing up data on the number of thwarted attacks in recent years. Since 2012, there has been an annual rise of 50 percent in popular terror attacks (683 attacks in 2012 vs 1,834 in 2014). It is important to note, however, that the largest increase in terror attacks happened during Operation Protective Edge in 2014.

The Shin Bet chief stated that popular terror, or lone wolf attacks, represented the majority of attacks in the last years including this week's terror attacks.

Cohen also said security cooperation between Israel and the Palestinians, allows the PA to survive and that the Palestinian population in the West Bank was mainly focused on making ends meet.

He also noted that the activities of the international community are a major facet of the reality on the ground.