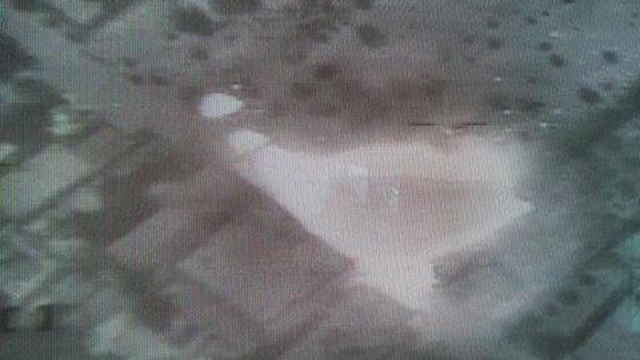 Analysis: For Egypt, the Islamic State’s murderous attack against its troops in Sinai is a price it has taken into account. Israel, on the other hand, cannot afford to allow a threat to grow right under its nose while it is plagued with intelligence flaws in this area. And the danger doesn’t just lie across the border – it’s already here.

On Thursday morning, the Egyptian army put out a display of bloodied bodies. Some 60 dead bodies of Islamic State fighters were brought from all the areas of fighting and laid down in rows on the bottom of a pool in al-Arish. Nearby, in the shallow end of the same empty swimming pool, the Egyptian army unloaded dozens, if not hundreds, of different types of weapons used by the terrorists. Inside this pool of death one thing stood out - the fact most of the bodies were dressed in full military uniform, some of them including bullet-proof vests and proper load-bearing equipment. On Thursday afternoon, the fighting died down in the area between al-Arish and the Egyptian Rafah. Now, they're counting bodies. The Egyptian security forces, including the army, also have a few dozen casualties.
Enemy's Foe
Everyone against ISIS: Hamas and Egypt's mutual interest
Roi Kais
Analysis: In the shadow of a brutal terror attack in Sinai, Egypt and Hamas, typically sworn enemies, find common ground in the battle against ISIS destabilization.
Everyone against ISIS: Hamas and Egypt's mutual interest
The attempt of "Islamic State's Sinai District" to seize control of an urban area, specifically al-Arish, has failed. But the propaganda battle is still being waged. Who won? Who lost? Egypt has an ace up its sleeve for propaganda - the rows of bodies of enemy combatants, while ISIS can utilize the shock the Egyptian public felt in light of the combined attack its fighters staged this week, both in Sinai and in Egypt proper. It's hard to assess whether the current round of fighting on the northern shore of Sinai has ended, or if this is merely a lull, as this round of fighting between the Egyptian army and the Islamic State has caught intelligence agencies completely by surprise. The IDF, which rushed to deploy troops to the border in the very first hours of fighting on Wednesday morning, has also taken into account the possibility that there was an intelligence oversight on Israel’s part as well, and that this round of fighting could suddenly start moving towards the Israeli border. This is why the IDF increased its observations and its intelligence gathering deep into the field. On Wednesday morning, Israel could tell with greater certainty that ISIS had no plan to attack the Israeli border, but the IDF remained on high alert. Had ISIS been victorious against the Egyptians, they might have tried to leverage that against Israel. During situation assessments in Israel, a possibility was raised that Salafist groups within the Gaza Strip would take advantage of the opportunity and open another front against Israel. No one knew where this snow ball was going.

A front against Hamas, a front in Sinai

And that is the main problem. As far as we're concerned, the State of Israel has once again received a clear strategic warning: There is an armed force operating in Sinai, organized in levels we've seen in Afghanistan, Syria and Iraq. This is no longer about armed Bedouin who attack Egypt military posts or hit the gas pipe every now and again. This is a group of Egyptian Bedouin with a jihadist ideology and foreigners who, over the past six months, made themselves at home in Sinai and have turned into an established military force.

Egyptian airstrikes on ISIS targets in Sinai
Over a 100 Islamic State fighters took part in the attack this week, all at the same time, in several different locations at once, in an area of 25 kilometers. This calls for extended preparations, training, logistics, command and control. To demonstrate the fact they were ISIS and not someone else, they started using the organization's trademarks; over the past six months, the decapitated bodies of those accused of cooperating with the Egyptian army, or of being Israeli agents, started popping up in the Sinai desert. The main point of weakness with this strategic warning is the intelligence. The Egyptians were supposed to create intelligence supremacy in Sinai, which Israel would be able to enjoy as well. But the situation is the complete opposite. Egypt has no intelligence to lean on, and what Israel doesn't do on its own - no one will do for it. After the past week's events, all of the investments Israel has made so far in building information infrastructure in Sinai must become a budgetary priority. Israel knows how to manufacture its own intelligence in a field it has put at the top of its list of priorities - preventing the smuggling of weapons from Sinai into the Gaza Strip, as part of an effort to "dry out" Hamas' military wing. And this effort has been bearing fruit. The instructions to the Shin Bet and to the border authority are to confiscated every last item that could be used for the digging and construction of tunnels. And, indeed, over the past few months, Hamas' teams of diggers have been out of work. There is not enough equipment; dozens of kilometers of cables meant for the tunnels are seized at the Kerem Shalom border crossing. A year after Operation Protective Edge, Hamas had planned to reach a certain number of tunnels, but failed to meet its own goals. As soon as construction equipment comes in - like cement from Qatar through the Rafah crossing, courtesy of the Egyptians - the digging industry reawakens from its slumber. This is where Israel concentrates its intelligence effort, and it brings results, including a decrease in the scope of rocket production. Even so, the different factions in the Strip, primarily Hamas, have conducted several hundreds of rocket launching experiments over the past year. Among other things, they are developing rockets with a range of 80-250 kilometers. Israel is making great efforts to curb this industry and is looking for any speck of iron oxide (used for the rocket's propellants) on the trucks passing through Kerem Shalom.

Trucks garrying equipment rumble through the Rafah border crossing between Egypt and Gaza (Photo: EPA)
But Hamas has revived several tunnels on the Philadelphi Route, between the Egyptian Rafah and the Gazan Rafah, which bypass the buffer zone the Egyptians have created some 1.5 kilometers from the border, and built tunnels that are 2.5-3 kilometers long. And so, commercial amounts of propellants pass through the Philadelpi Route. We can only take comfort in the fact that today, one ton of propellant material costs $50,000 compared to $10,000 in the past. But when it comes to Sinai, the intelligence effort is still minor. This is despite the fact it becomes ever clearer that the Islamic State is shaping up to be a potential enemy on Israel's southern border. And this fact is just as concerning - if not more - as the sight of ISIS working to overthrow President Assad's regime in Syria. Egyptian President al-Sisi might decide to stage a grand display of power in Sinai, but there will be no change in the Egyptian strategy against the Salafist groups in Sinai. Al-Sisi did make Sinai a priority, and unlike his predecessors he entrusted the army with the responsibility of fighting in the peninsula and deployed heavy artillery and elite units to Sinai. Israel, on its part, permitted the Egyptians to fly fighter jets and helicopters over the peninsula in order to fight terrorism. So there is no wonder Israel expected the Egyptian army to succeed single-handedly in isolating the terror-infected area, disconnecting southern Sinai from the north of the peninsula and detaching Gaza from northern Sinai. But the Egyptians are not there yet.

The cost of a thousand casualties

Egyptian intelligence has had and still has a long-standing presence in Afghanistan. They know the techniques of fighting terror groups operating from the midst of civilian population just as well as we do. Unlike the Israeli counter-terror strategy that looks for terror cells or networks, the Egyptians are trying to win over the hearts of the Bedouin population in order to alienate them from the terrorists. But they don't really have the means required to build schools, hospitals and industries that could make up for dozens of years of neglect.

Al-Sisi is willing to risk 1,000 lives in the fight against ISIS. Israel is not (Photo: Reuters)
The intelligence measures at their disposal, mostly the technological measures, are divided between Egypt's different borders: Libya, Sudan and Sinai. They don't have enough resources. Acquiring equipment to gather intelligence is no simple matter and recruiting and deploying agents among the Bedouin is a process that takes time. A year and a half ago, the top echelons of the Egyptian military started talking about the strategy to crush the insurgency in Sinai as a long process, riddled with surprises and casualties. The commander of the armed forces in Sinai estimated in private conversations that the cost of this campaign to the Egyptian army would be a thousand casualties. Therefore, in the Egyptians' eyes, the round of fighting against ISIS this week was a bad incident - but it is a price they took into account. Israel cannot afford to allow a threat to continue growing under its nose while being plagued with intelligence flaws. Our strategy, and the one implemented by the Egyptians, are different in essence. Israel cannot and is not willing to pay a thousand casualties, and it can also not afford a situation in which Sinai becomes Hamas' logistic back yard, the result of cooperating with ISIS. And ISIS is not just in Sinai. You have to be really naive to believe ISIS did not already cross the border from Sinai to the Negev. And you have to be truly naive to believe that Israeli citizens are not influenced by this ideology and have not turned into terror operatives - and this is not just about a few individuals who found their way to the fighting in Syria, or those taking part in discussions about ISIS on social media. ISIS is a contagious disease, and it's already here.