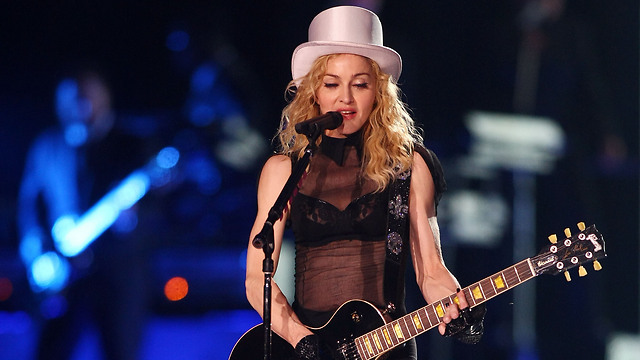 Israeli who hacked Madonna gets 14 months in jail

A former contestant in Israel's version of "American Idol" was jailed for 14 months on Thursday for selling demo tracks he stole from Madonna's latest album by hacking into the email and cloud accounts of people close to the singer.

Under a plea bargain at Tel Aviv Magistrate's Court, Adi Lederman confessed to computer trespassing and infringement of privacy and property rights in connection with the offences, committed last year. He was also fined NIS 15,000 ($4,000).

Madonna (Photo: GettyImages)
According to court papers, Lederman sold demo tracks from Madonna's album "Rebel Heart" to two buyers at $300 each, having copied the files from cloud accounts whose passwords he obtained after hacking email servers used by her musical director Kevin Antunes, talent manager Guy Oseary and two other people.

"The ease with which crimes such as this can be committed by those who have skills in the field, such as the accused, require an appropriate punitive response that has a deterrent and uncompromising message," the court said in a statement.

Adi Lederman
Arguing for leniency, Lederman's lawyer told the court that his client was "not someone with a criminal mentality, but rather, a very fired-up and impassioned collector who went too far". Lederman had health problems, said the lawyer, declining to detail these for the court record out of privacy concerns. Lederman, 39, was arrested in January after an investigation assisted by the FBI. Unfinished tracks from "Rebel Heart" had leaked online a month earlier. Madonna has said the crime was an "invasion into my life - creatively, professionally and personally (that) remains a deeply devastating and hurtful experience". Lederman previously made a brief appearance on "A Star Is Born", Israel's version of "American Idol", before being voted off.