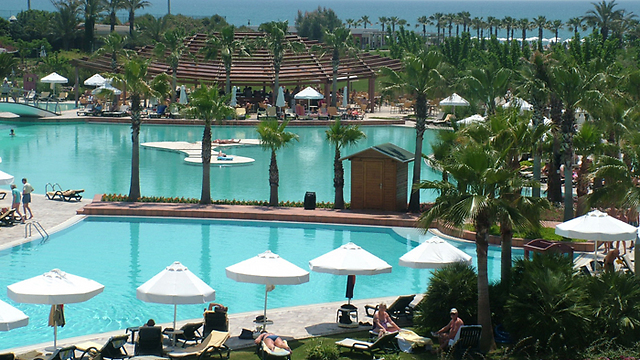 Despite the chilly relations in the diplomatic arena, Turkey has become the most active destination for flights from Israel, according to an Israel Airports Authority (IAA) summary of the month of July, which was released Monday.

The United States, which has been the most active destination of direct flights from Israel for years, fell to the third place, while Greece went up to the second place.

A total of 172,507 Israelis and tourists traveled on the Israel-Turkey route throughout July, a 30 percent increase from July 2014, when Operation Protective Edge began. It's too early, however, to announce an improvement in the relations, as many of the passengers flying to Istanbul took connecting flights to other destinations in Europe, the Far East or America.

Greece came in second with 169,248 passengers and a 29.7 percent increase, while the US reached the third place with 136,373 passengers and an increase of less than 10 percent. (The data refer to direct flights only, as there is a major traffic of passengers flying to the US through Europe).

Heraklion International Airport in Crete came in fifth with some 60,000 passengers and a 34.5 percent increase.

A total of 1,768,300 passengers (both Israelis and tourists) passed through Ben-Gurion Airport in July. This figure exceeded all IAA expectations, presenting a 20 percent increase from July 2014.

A total of 8,514,861 passengers passed through Ben-Gurion Airport in the first seven months of 2015, a 4 percent increase compared to the same period in 2014.