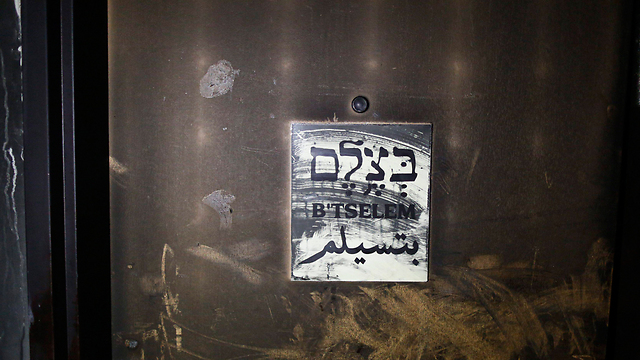 Op-ed: Things are good for Israel, except for what's happening at home. We have lost the ability to be practical. Every word said in public becomes part of the struggle between left and right.

We are in a confused period in the annals of Zionism.

Around us, everything is great. There are no great enemies to threaten the state of Israel's existence. The Iranians are busy humiliating American sailors, and the Arabs are busy with survival as a substitute for the traditional ambition of throwing the Jews into the sea. The economy is stable. Our situation is better than in the past, despite concerns about the BDS movement and one anti-Semitic foreign minister from Sweden. Perspective makes all the difference: during the Arab boycott of Israel, thousands of companies boycotted us, while today we barely have Roger Waters and one ambassador who was iced on the way to Brazil.

If you'd like another speck of positivity, then make note that Zionism was realized: We are a sovereign nation with Jewish rule, military power (plus a submarine), falafel which is really a culinary territory conquered from the Arabs, and many statistics showing that half of all the world's Jews live here despite the knives and intifadas.

Everything's good, except for what's going on inside, at home.

Door to B'Tselem offices after fire this week (Photo: EPA)
I have a clear side in the political debate happening here. In my view, it is impossible to attain peace with the Palestinians and this truth must be said again and again in order to create political alternatives. There are those on the left who would like a unilateral retreat, and I would like a partial annexation, reducing the disputed territory in order to bolster separation from the Palestinians – without gambles in the Gaza mold. The method is unimportant and is not my point. What's important is that the social process happening here does not depend on what happened in 1967, but on what has happened here in the past decade. We have lost the ability to be practical. We lost a certain level of sanity in favor of a tribal war.

Every word said in public becomes part of the struggle between left and right. Every radical is an excuse for a counter campaign. That's how I found myself breathing a sigh of relief on Monday morning when it was revealed that the fire at the B'Tselem offices was sparked by a short circuit  and not arson. Why? Because it could happen. Here's the honest truth: there are enough radicals on the right who could set the B'Tselem offices on fire, and they worry me very much.

There are plenty of examples, from the hilltop messianics who want to form the Kingdom the Judea to the young people of La Familia and Lehava. Most of them have a low socioeconomic status, teen dropouts without an education or a future. They have never read what Jabotinsky said about the Arabs or what Begin's and Herzl's values were. They don't understand Netanyahu's verbal wriggling for and against leftists and Arabs, or the sectarian political game. They certainly don't understand that after activity on the radical write and dedicated handling by Lehava will ruin their lives. They will never be drafted into the army, like Gopstein. They will have a hard time getting jobs after that. All they will have left is hatred. What's the conclusion? That they're my problem. I have a responsibility to fight the phenomenon as someone who writes and speaks out. Not because they're my tribe, but because they're part of my people.

Three days before the fire at B'Tselem, the exposé about Ezra Nawi and a B'Tselem member was released showing them discussing turning in land owners to the Palestinian Authority. Human rights activists who are responsible for the killings of innocents belong in a script that even Hollywood would reject for being unrealistic. Here, it happened and was documented. It's a good story journalistically, but beyond that it exposed the threat of social disintegration.

Supposedly, I should have been party to the festival of Schadenfreude. I have dealt with the unhealthy mixing between some human rights organizations and activity in the gray area for several years. Anyone who met Nawi in southern Mount Hebron in uniform knows the method, the curses he hurls at IDF soldiers. Anyone who's been there knows his camera, waiting for the moment a soldier loses his cool. There was no need for an exposé and plants with a hidden camera to find out about the blurring of the lines. There is no need for incriminating information in order to understand that Breaking the Silence is trying to create political pressure on Israel and not to improve morality, or that B'Tselem employs investigators for whom human rights are the last priority. You also don't have to be on the center or right to practically understand that something is rotten in this performance.

And here, instead of practical reactions, an accusatory campaign against everyone who brought the story to light began. Everything except soul searching and taking responsibility. The left, which stayed silent, shot itself in the foot. And yes, human rights organizations have the right to deal with politics instead of human rights even when I am opposed. The problem begins when there is no more faith in Israeli democracy, when people try to circumvent it by applying external pressure or scheming.

Anyone who thinks unpractical thinking and tribalism is the purview of a particular political camp does not understand the scale of the problem. It's everywhere. Take the money the Agriculture Ministry allocates for paving a road to the Cave of the Patriarchs or to an auditorium in a settlement I know from up close. Do you have to be part of the opposition to understand that agriculture in Israel is in trouble? Pepper farmers in the Jordan Rift Valley (and beyond the Green Line) are failing and farms in the Aravah are shutting down. Do you have to belong to a particular tribe to see that the reduced budget needs to be allocated for agriculture? Other projects, from roads to religious sites, have other ministries. Common sense is decisive, not the tribe.

Since Operation Protective Edge, I have received many e-mails from people on the Zionist left who feel persecuted. The lack of legitimacy is very problematic. Some write in order to debate without risking a deluge of contempt, and some to unload to the guy who writes in the paper. In the days of Mapai, that's how libertarians felt, and national religious Jews feld it at one time. Now, within the tribal war erupting over every Ezra Nawi, that's how Zionist leftists feel. IT's frustrating. The campaign in the last election to brand Labor followers as anti-Zionist was outrageous to me. It was political weakness of those who didn't know to say what they were, and so explained who they were against. Now there is a counter campaign, which accuses critics of human rights groups of Rabin's murder. There are no elections on the horizon, to the best of my knowledge, but the campaigns go on anyway.

The responsibility to establish a common ground belongs to the government and those who control it. The rest take responsibility voluntarily. I doubt there's anyone in today's political echelons who understands how potentially damaging life in an ongoing campaign can be. There is no struggle over 1967 here, but rather about 2048. There's no need for a fake hug – just a need to understand this. For anyone who needs it, Jewish history is full of explanations.

And maybe that's the reason I feel comfortable in the reserves. It's the sanest place in Israel. Despite all the researchers who talk about concern over the process of religionization (a term invented to explain the number of religious officers in the IDF), despite claims by Breaking the Silence, there is no legitimacy in the IDF to be radical. The thinking is practical. The Zionist left exists there and the right lives in peace with it. In wartime, Israelis serve in the reserves or just stand and give away coffee and care packages at intersections. It's always impressive to see how the IDF became, alongside its combat role, the most important educational system in Israel – nationalism without political stripes. It's a jungle out there. The problem is that as time goes by, so shrinks the percentage of recruits and reserves soldiers from the general population.

The whole issue of the equal burden and recruitment to the IDF has been forgotten. The most important tool for our existence. Something small that we all have in common.