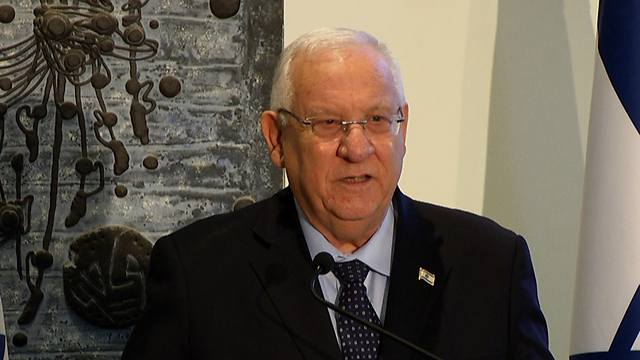 Rivlin was right to bar Zahalka's entry to President's Residence

Op-ed: The president wanted to promote the five-year plan for development in the Arab sector. He wanted all of Israel's citizens, the Arabs included, to enjoy full rights. But he didn't want provocation.

Since taking office, President Reuven Rivlin has made sincere and serious efforts to bring the Arab sector closer. It is not easy. The presidential institution has no executive powers. But the President has moral power. Rivlin's efforts deserve every support. In the past year, the prime minister made statements that made Rivlin, by the grace of propaganda lies, the arch-racist. The truth is somewhat more complex. Netanyahu's statements were not successful. In practice, however, the five-year plan, which includes an investment of billions, proves that the current government is doing more for the Arab sector than any previous government ever did.

Rivlin sought to link the historic step the government has made and the atmosphere of reconciliation which he is trying to promote. He planned an event to launch the five-year plan. Not just cocktails and burekas. He invited all of the Arab community leaders, senior ministers and general directors from the governmental ministries. Rivlin wanted to seat them around round tables so that unmediated close familiarity will help cooperation and the implementation of the five-year plan. Knesset members were also invited. Jamal Zahalka was the only person who made it clear that he it would not come to the event.

Meanwhile, something else happened. Zahalka and two of his friends from Balad met with the parents of murderers from the last wave of attacks. These people do not represent the Arab sector. This is Balad, a fascist and nationalistic party that identifies with instransigence and murder, and sometimes pretends that it represents the secular part of the Arab sector. Balad is so secular, that it regularly identifies with Hamas, even more so than with the Palestinian Authority. Balad previously called for Abbas to be fired because his cooperation with Israel, while Zoabi accused him of treason.

In the backdrop of that, there are the growing tensions in recent years between the Arab communities’ leaders and members of Knesset. The community leaders are at the forefront: they are in charge of education, sewage and construction plans. They want and need the cooperation of the ministers and senior officials. Out of loyalty to their positions, they announced they are all intending to attend the event at the President's Residence. They have the opportunity to meet with director-generals who are supposed to implement the five-year plan. They want to be included.

They did all come. The only one who was absent was the head of a community who was in mourning. MKs Zouheir Bahloul from the Zionist Union and Issawi Frej from Meretz also showed up. An hour and a half before the event was to begin, Zahalka decided that he too wanted to be there. Zahalka did not have a change of heart. It's safe to assume that the main reason for him deciding to come was the fact all Arab community leaders were there. Even though it was made clear to Zahalka that his last-minute shenanigan did not meet President Rivlin’s approval, and that Rivlin did not want him to attend, Zahalka showed up. He was not allowed in. MK Ayman Odeh, in response, decided that he too would not attend the event. In a choice between the Arab community leaders and Balad, the known moderate leader of the Joint List chose Balad.

That is the story. The president wants to promote the five-year plan. He wants the citizens of Israel, including the Arab ones, to have full rights. But he didn't want any provocations. Rivlin sought to bring together those who work for that goal, and stand in the way of those fighting against reconciliation and integration. But part of the left wing, the part represented by this editorial in Haaretz, determined that "Rivlin decided to add more fuel to the cocktail of hatred and racism... he joined all those who undermine democracy, trying to destroy it ... he joined the campaign of incitement and persecution, the objective was to eliminate the authentic Arab representation in the Knesset."

I'm reading it and I can't believe it. Here and there, I admit, I criticized the president. Criticism, not incitement. I made no foolish accusations of racism. Just like Haaretz systematically tries to turn Israel into a racist country, it is now doing that to a president who is trying to be conciliatory and bring people together. Even his turn came.