"Jerusalem is one of the world's greatest historical destinations."
Photo: Telegraph.co.uk

Israel beat out countries such as Mexico, Brazil, and even Spain in a Telegraph poll of British people’s favorite vacation sites.

British newspaper The Telegraph held a poll of the top 50 countries British people like to visit on vacation, putting Israel in 28th place with 75,000 votes.

The Jewish State rose 8 places from last year, when it came in 36th.

Israel was ranked above France, Austria, Brazil, Mexico, and many other countries considered tourist havens. Surprisingly, Israel even beat out Greece, which came in 29th. 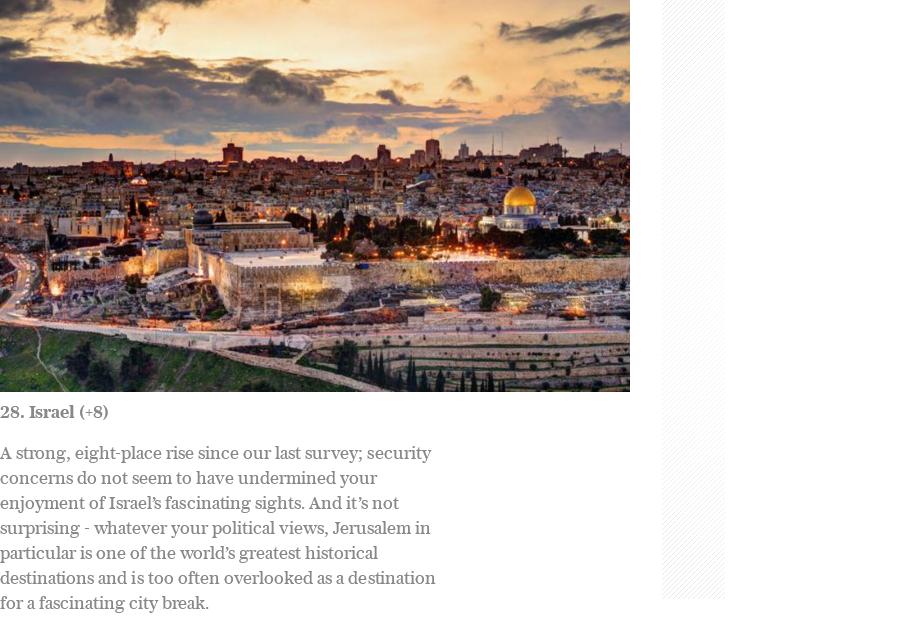 The Telegraph wrote of Israel that "security concerns do not seem to have undermined your enjoyment of Israel's fascinating sites… whatever your political views, Jerusalem is one of the world's greatest historical destinations." Interestingly, Tel Aviv isn't even mentioned.

Amongst the more interesting rankings, Mexico was in 36th place, Brazil in 38th, Jordan was in the 44th spot, Spain was 45th, and Austria barely made it onto the list, coming in 47th.

The biggest surprise perhaps came from Africa, the continent which took five out of the top ten spots.