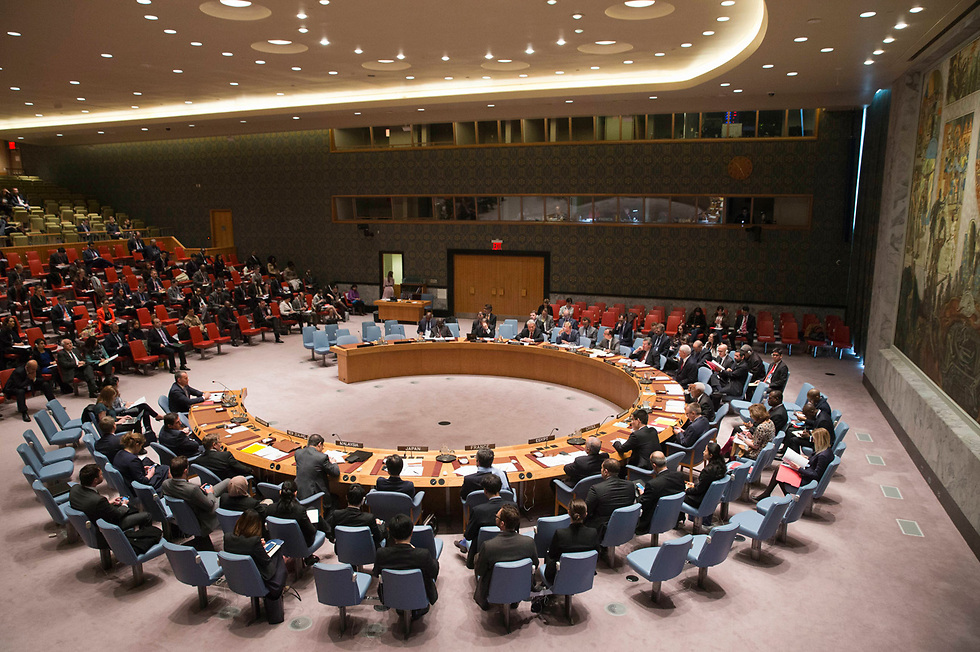 Abbas is facing pressure over potential withdrawl of Palestinian UN resolution to officially condemn all Israeli construction over the Green Line.

A set of Palestinian initiatives aimed at advancing policy through anti-Israel measures at international organizations, or using international forums, appear to be in disarray following a series of setbacks. Late last week, Irinia Bokova, the director of the United Nations Educational, Scientific and Cultural Organization (UNESCO) was forced to repudiate a Palestinian-backed initiative that ignored all historic Jewish ties to the Temple Mount area of Jerusalem’s Old City. “This decision was made by the economic council and the management council of UNESCO which are both management bodies, and was not made by me,” she clarified, in a statement, adding that she maintains “Jerusalem is a Holy Land of the three monotheistic religions, a place of dialogue for all Jewish, Christian and Muslim people, nothing should be undertaken to alter its integrity and authenticity. It is a mosaic of cultures and peoples, whose history has shaped the history of all humanity. Only respect and dialogue can build the trust we need to move forward – this is the strength of UNESCO, for the benefit of all.” It was the second time this year that Bokova was forced to step in when an anti-Israel move crossed the bounds. In January, she condemned Iran for sponsoring a conference denying the Holocaust.

In an interview with the semi-governmental Petra news agency, Ensour disclosed that, having disposed of initial Israeli opposition to the idea, “we were surprised since our intention to carry out the project, by the response of some of our Palestinian brethren to the project, adding that they voiced their concern and cast doubt on its aims and objectives.”

The Palestinian government declined to explain its reversal following months of demands that cameras document “Israel police violations.” In recent weeks, as the prospect of cameras placed on the contentious site grew more plausible, a number of banners declaring, “We don’t need any cameras here. Only Allah sees all,” and “the picture is clear – so no cameras are needed,” among other mottos, have appeared. Ensour said “we decided to halt implementation” of the plan out of respect for “our brethren in Palestine.”

On Monday, Palestinian Authority President Mahmoud Abbas was blasted by his own political allies when it emerged that he is leaning towards shelving the Palestinian effort to secure a UN Security Council resolution condemning and the construction in the West Bank at the behest of France.

France hopes to convene its own Israeli-Palestinian peace summit this summer, and senior Israeli and Palestinian officials have told numerous media outlets that the French government demands that the Palestinian delegation stands down so as not to sabotage its own efforts.

“The opportunity to go to the Security Council will always be there and we want to give a chance to the French initiative because, in the end, this is an initiative that serves us and not one that hurts us,” one Palestinian official told the Israeli Israeli media.

Another setback, the third in two weeks, has provoked expressions of frustration form Abbas supporters in Ramallah, who fear their hands are tied as summer recess looms, and as issues such as the ongoing killing in Syria and the refugee crisis in Europe have overshadowed Palestinian demands in the international arena. Until Monday, despite hints of official wavering, Palestinian diplomats continued to assure Western diplomats and the international media that the demand for a vote on the Palestinian resolution was not in question. Some exasperated senior Palestinian officials, who have not been kept in the loop of the president’s thinking, believe shelving the resolution is a mistake when there's no inconsistency between the resolution and the French-sponsored conference. Mustafa Barghouti, who many consider a possible successor to Abbas, said that “It’s impossible to rely solely on the French initiative, since to this day we don’t know what it’s based on, and on the other hand, we know very well that Israel and the US won’t lend a hand to implementing such an important move, and Israel will continue building in the settlements and expropriating large parts of the West Bank as if there were no global public opinion.” “Therefore, if there’s a trend we should support in practice, it’s increasing anti-Israel boycott activity and intensifying the popular struggle.”