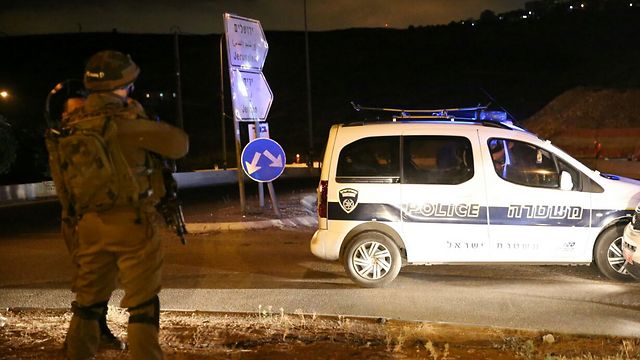 An IDF officer was wounded on Tuesday night when an explosive device went off at the entrance to the Palestinian town of Hizma, near Jerusalem's Pisgat Ze'ev neighborhood.

A Home Front command force patrolling on Highway 60 identified a suspicious object. When the troops left their vehicles to examine what turned out to be an explosive device, it went off near the force's commander. He was evacuated to the Hadassah Medical Center in Jerusalem's Ein Karem.

IDF and Shin Bet troops cleared the scene and closed off route 437 after finding two additional suspicious objects that they fear may be explosives. The forces were also searching the area for the terrorists who planted the bomb.