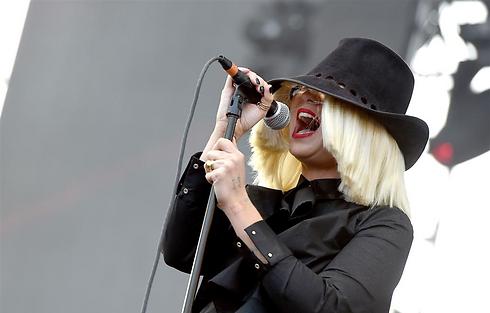 Sia, Pharrell and others to perform in Israel

Australian singer Sia, electronic duo the Chemical brothers and American rapper Pharrell Williams have all announced they will be coming to Israel to perform; pop sensation Rihanna has also expressed a desire to return, yet certain obastacles may prevent this

The summer of 2016 is shaping up in terms of musical acts, as performer upon performer begin sending out official confirmations of their shows in Israel.

First among equals is the Australian Sia, who is due to perform on August 11 at Yarkon Park. The show was initially supposed to take place at a smaller venue, but the huge tickets demand eventually swayed the production team to move it to Yarkon.

Legendary electronic powerhouse duo the Chemical Brothers have also confirmed they will be coming to Israel for a single performance. More information on their show is still pending.

Additionally, US rapper Pharrell Williams has announced he is on his way to Israel to perform for the first time. Williams' camp has confirmed that the hits "Happy" and "Get Lucky" (which he made with electronic duo Daft Punk) will be included in the show.

Pop diva Rihanna, however, who has also expressed a desire to perform in Israel this summer, poses a more complicated story. In October 2013, she delivered a sub-par performance at Yarkon Park that included her beginning the show ten minutes late, lipsyncing for most of the performance, having no costume changes (something that garnered her a great deal of criticism) and ending the show 20 minutes early. Now, the Barbados beauty seems to want to make it up to her local fans with a third performance in Israel.

Rihanna (Photo: Getty)
Over the past month, Rihanna's team has been in talks with several Israeli producers, yet as the possibility of her return becomes more realistic, two things stand in the way: the first is a possible performance by none other than Beyoncé. As long as there are still ongoing negotiations with the Queen Bey herself, it will be hard to find a producer willing to promote Rihanna's show and go head-to-head with the supernova of all musicians. The second obstacle before confirming Rihanna's performance is the singer's refusal to apologize for her behavior during her last Israeli show. A request for an apology has already been sent to Rihanna's team, but so far the singer has not agreed to do so. Rihanna's current tour has been promoting her latest album, "Anti." So far, it has been well-received by fans on the US leg of the tour.