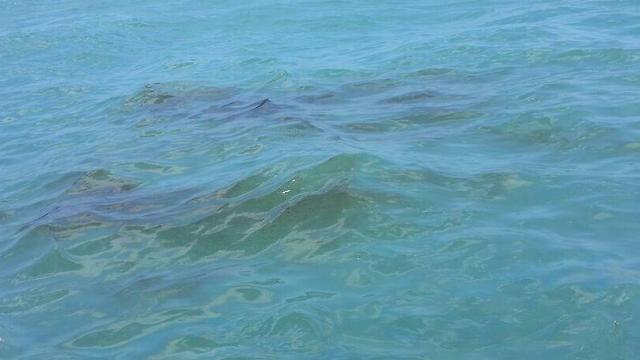 Oil was released on Tuesday afternoon from a burst old pipe in the Haifa Bay during works to remove such pipes from the seabed. The Environmental Protection Ministry said the oil, that spilled over a radius of 1,200 meter in the Kiryat Haim and Haifa area, might reach the coasts of the Krayot—particularly Kiryat Yam—and urged the public to keep away from the spill area in the city's beaches.

The ship that caused the pipe to burst belongs to Petroleum & Energy Infrastructures Ltd. (PEI). The company took responsibility over the incident, closed the leak in the pipe and is working to stop the oil from spreading further, as well as collected the oil already spilled. PEI estimated some 1-1.5 cubic meters of oil were spilled. The head of the Marine Environmental Protection Division, Rani Amir, explained cleaning would take a day or two.

"This isn't a disaster, it's small-scale sea pollution," Amir said, noting the spill could get as far north as Acre.

"The spill occurred around 8am during works to dig out pipe number three," he continued. "A digging ship hit an old, falling-apart pipe filled with old oil. PEI was prepared for such an eventuality and was able to stop the spread of most of the oil, but some of it spread towards the Krayot beaches. At the moment, there are scattered oil slicks that will continue moving towards the beaches. Oil is a dangerous substance and should not be touched." 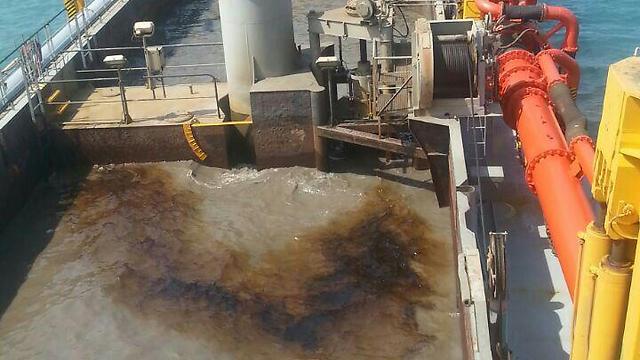 Last April, PEI announced that, at the request of the Marine Environmental Protection Division, it has begun removing old underwater pipes from the Haifa Bay seabed. The pipes were once used in the import of oil, but are now posing an environmental risk. The removal of the pipes became necessary after oil slicks caused by a leak appeared on the Kiryat Haim beach in the summer of 2014.


The work to remove the remaining old pipes will continue over the next few weeks, with measures being taken to avoid another spill. However, the Environmental Protection Ministry said because of the poor condition of the Mandate-era pipes, a similar incident could occur, and in such a case, it'll be dealt with accordingly.