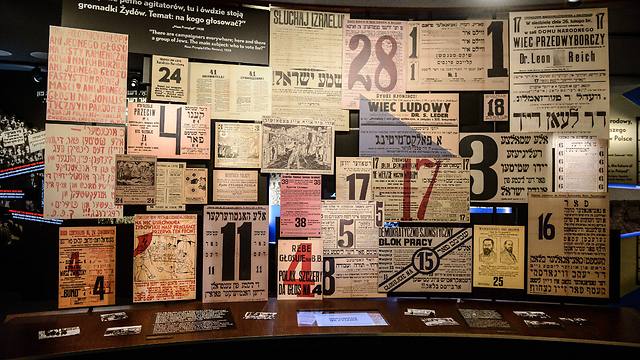 Despite heavy international pressure to change its existing legal stance, which refuses to consider property claims made after 1988, the Polish law remains in place; 'We are very disappointed in the court's decision to uphold a law denying the rights of the many claimants,' said World Jewish Restitution Organization's (WJRO) Gideon Taylor. 'The last of the survivors are growing old. The time to act is now.'

The Polish Court found on Wednesday that the law limiting the returning of property to Polish Holocaust survivors is constitutional and therefore will not be amended. The decision means that many survivors and their relatives will continue to be denied the option of reclaiming property that was stolen during and following WWII.

Several governments and organizations had put pressure on Poland to change its law and allow the return of stolen Jewish property, among them the US, Canada and Britain. The World Jewish Restitution Organization (WJRO) also pushed for it to be amended, with its Operations Chairperson Gideon Taylor voicing his displeasure following the ruling. "We are very disappointed in the court's decision to uphold a law that denies the rights of the many claimants to their Warsaw property," he said. "The last of the survivors are growing old. The time to act is now."

Museum of the History of Polish Jews (Photo: EPA)
Poland is the only country within the European bloc that has yet to put forth a comprehensive plan that aims to return the private property that was confiscated by the Nazis or nationalized under Communist rule to its owners. The Polish government went even further on June 25, 2015, when it passed a law that made it exceedingly more difficult to reclaim stolen property in Warsaw, by automatically rejecting any claims that were submitted after "the Warsaw Law" in 1988, in addition to not recognizing any claims made by those who fled Poland to escape the Communist regime or growing anti-Semitism.

The City of Warsaw (Photo: Shutterstock)

The legal owners of the property were also denied reasonable opportunity to file a claim prior to 1988, since almost all Polish-born Holocaust survivors had been living outside of Poland between 1945 – 1988, a fact that effectively prevented them from filing a request with the Polish Communist government. Any claims that were presented before the government were either denied or not looked into during the Communists' time in power, which ended in 1989.

In 2009, Poland joined 46 other countries in the Terezin Declaration, which called countries to provide an adequate, comprehensive and fair solution to property claims made by victims of the Holocaust. Many nations see the current Polish court's decision as continuing to go against this commitment.