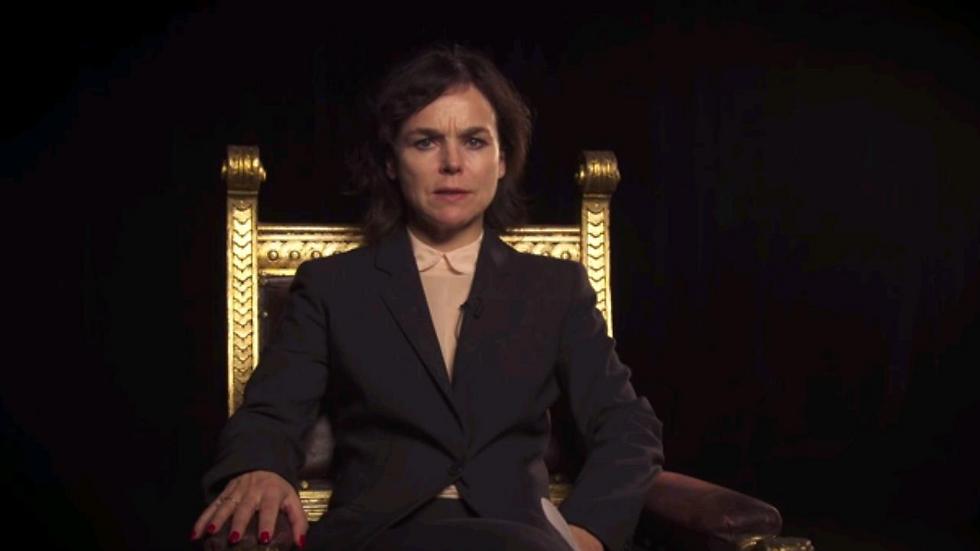 As part of a theatre festival, artists released a film that pretended to portray an apology from Norway's National Theatre for collaborating with Israel's; it was released intending to cause viewers to believe that it was real, and it announces solidarity with the BDS movement and calls to 'Free Palestine' from the 'apartheid state.'

A short film released Friday as part of Norway's Ibsen Festival purports to convey an apology from the National Theatre of Norway for collaborating with its Israeli counterpart, Habima, and supporting a boycott of Israeli press. Stage artist Pia Maria Roll confirmed to Norwegian newspaper Vårt Land on Friday that she was behind the piece and found it "nice that people think that it's true."

According to sources in the Israeli Ministry of Foreign Affairs (MFA), the film, entitled The National Theatre of Norway apologizes, received Norwegian governmental funding, including from the local Ministry of Culture. In the film, an actress who is introduced as a spokesperson of the National Theatre apologizes for that body's "shameful collaboration" with Habima for its role in "normalizing the Israeli occupation." The Norwegian and Israeli national theatres collaborated on a project organized by the European Theatre Union (UTE) from 2013 to 2015 on terrorism in Europe. This collaboration had been criticized in Norway due to Habima's performing for Israeli settlements in the West Bank.
X

In the melodramatic 6-minute video, the actress, speaking on a darkened stage from a gilded chair with swells of dramatic music accentuating her crescendo as she rises to pace, explains that Israel is an apartheid state and the National Theatre was guilty of not having researched this. She elucidated three fictional promises from the National Theatre: solidarity with the BDS movement and cancellation of membership in the UTE, two years of work dedicated to "the situation in the Middle East," and the donation of half of National Theatre Director Hanne Tømta's salary to theatre in the West Bank and Gaza.

From the video
In a message on the National Theatre's official site, the body wrote that the film and the accompanying article in the Norwegian newspaper Morgenbladet "are not made by The National Theatre of Norway – and do not represent The National Theatre of Norway's attitude – they are an expression of artistic freedom. The National Theatre of Norway still has greater faith in collaboration with artists across national borders and from regimes we are critical to, than boycotts and silence." This clarification was necessary, as many on social media were uncertain if the video was real or not. Roll, who made the film together with Marius von der Fehr, said that this was their intent. Habima's CEO, Odelia Friedman, said that the film was created "behind the (National Theatre's) management's back." She said that "they promised me that they'd send me a letter of explanation that would convey that this video is not the theatre's position." A source in the MFA said to Ynet, "The film brings to mind the propaganda from the sick minds of Goebbels, the Nazi filmmaker Leni Riefenstahl and the Norwegian collaborators Quisling and Hamsun. The State of Israel insists that the Norwegian National Theatre, in whose name the defamatory statements were made, clearly and immediately repudiate the film and act to remove it from every site or network. The Ministry of Foreign Affairs is working energetically to remove the nefarious video."