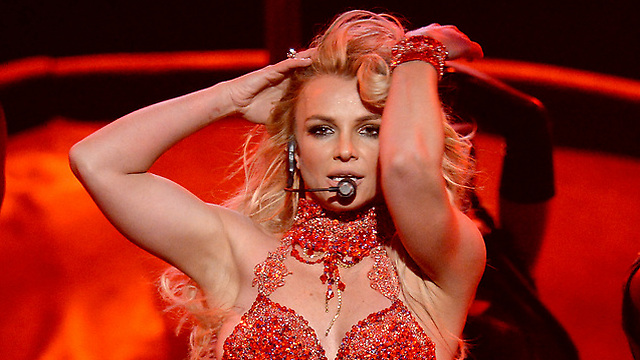 Britney Spears just may drive you crazy next summer in Israel

Not a girl, not yet in Israel: the iconic pop star, whose scintillating songs have been offering her legions of fans an excuse to dance for over a decade, is reportedly in talks to perform in Israel for the first time next summer; Spears has reportedly set her price at $2 million.

After Aerosmith, Justin Bieber and Guns n’ Roses have all confirmed they will be performing in Israel next summer, a new name has been floating around as a possible entertainer to visit the Holy Land. Her name is Britney, and she’s looking to give you more for your money come watermelon season.

Ms. Spears’ team has been negotiating with the owners of Zappa music clubs to find an appropriate venue for and price for the all-out circus that Britney’s performance is sure to evoke. Zappa, however, is not the only party in town; Bluestone Productions have also been in talks with the sultry songstress. “Spears has already given a green light,” said a source privy to the correspondence betwixt the eager companies and Spears. “Now it’s just a question of timing and price.”

Britney Spears at the 2016 Billboard Music Awards (Photo: Gettyimages)
Timing is of the essence, since in a season already frothing with pop and rock stars, clashing schedules could pit Britney against the music of Bieber, Steven Tyler or Axl Rose. This in turn could cause Spears’ sales tickets to go down. Since she is looking to charge $2 million for her show, its producers would be looking to draw at least 35,000 people. “Bieber speaks to a similar audience,” said an inside source. “So it’s a real dilemma whether to bring Britney for this summer or the next one.” Britney’s last tour was the 2011 Femme Fatale, which promoted her album by the same name. The tour brought in $69 million and catered to 700,000 fans in total. Since then, Spears has been keeping her talent local: these days, if you seek Britney, look no further than her Las Vegas extravaganza Britney: Piece of Me. Her show has been immensely successful, and her contract has recently been renewed to May 20th, 2017. Every time rumors of a possible Britney show in Israel had been raised in the past, they were eventually refuted. Last year, Spears’ team had looked into a possible tour, but that did not end up materializing. Britney, for her part, has voiced her desire to celebrate her latest album, Glory, with her fans. In a recent interview, she mentioned the rush she gets from meeting fans who do not come to see her in Las Vegas, and how she loves to go on tour. “It’s in my blood,” she said.