The PM on 60 Minutes 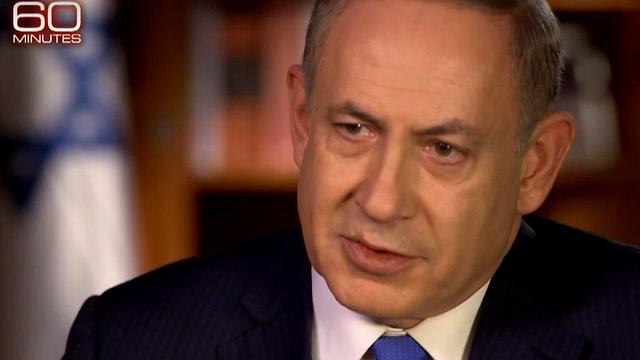 Analysis: Despite the PM's intention to work with Donald Trump to abrogate the Iranian nuclear deal, the chances of success are slim for a number or reasons—not least because the international community may not follow suit.

Prime Minister Benjamin Netanyahu senses an opportunity to work with US President-elect Donald Trump to cancel the Iranian nuclear deal, despite his refusal to explain publicly how such a cancellation could be implemented.

While political officials assess a total annulment of the deal as slim, a number of channels do exist to bring about its practical demise.

“There are ways, various ways of undoing it,” Netanyahu told Lesley Stahl during CBS’s 60 Minutes interview which was aired on Sunday. “I think what options we have are much more than you think. Many more. And I’ll talk about it with President Trump. I have about five things in my mind.”

Asked if he would share one option with the interviewer, Netanyahu quipped “Well, I’d like to talk to the president before I talk to the 60 Minutes.”

Throughout his presidential campaign, Donald Trump promised to rip up the Iran deal which he frequently referred to as the worst deal ever signed. The close associates with whom he appears to be surrounding himself do not bode well for the deal’s continued validity in its current form.

General James Mattis, Trump’s pick for Defense Secretary was one of the most vociferous opponents of the deal as it was being hammered out. Even he, however, has cautioned against abrogating the deal in its entirety.

Nevertheless, a number of officials have posited that there are several avenues through which the terms of the deal can be “improved”, particularly from Israel’s point of view.

For example, asking Congress to impose new sanctions. It is believed that the Trump administration is likely to use the bi-partisan opposition in Congress to initiate new legislation that would essentially remove the US as a party to the agreement.

Another option would be to use presidential decrees to make the deal’s continuation conditional upon the limitation of Iran’s missile program. Simultaneously, the US also possesses the power to freeze the billions of dollars slated to flow into Iran’s coffers but which currently remain in American hands.

Officials also point to the operational option to increase oversight and enforcement. For example, increasing the number of random inspections of military facilities and improving the collection of intelligence could serve to deter Iran from breaching the deal’s stipulated terms.

The threat of retribution in the event that evidence is exposed that Iran is in violation of the agreement is another deterrence mechanism being emphasized.

The option of taking the matter to the UN Security Council also remains should Iran fail to comply with the deal.

Overall however, the comprehensive termination of the deal is unlikely for two main reasons. Firstly, Iran has already declared that it will not agree to changes.

During the CBS interview, Netanyahu insisted that cancellation of the deal would not precipitate a nuclear arms race. “I think Iran didn’t rush to the bomb before there was a deal … because they were afraid of retribution.” he said.

However, not everything about the deal spelled doom and gloom for Netanyahu. “The only good thing I can say about the deal with Iran is that it brought the Arab states and Israel closer together."

Asked whether matters became personal between him and President Barack Obama, Netanyahu said no but added that ties with Washington would strengthen under Trump.

Finally, the issue of his controversial speech to Congress was raised as Lesley accused the prime minister of disrespecting the president in his attempt to rally Congress against the deal.

“It was not borne of any disrespect, because I have the greatest respect for him. I had then and I have now … I think it’s my responsibility, to speak up when something threatens our very future.”