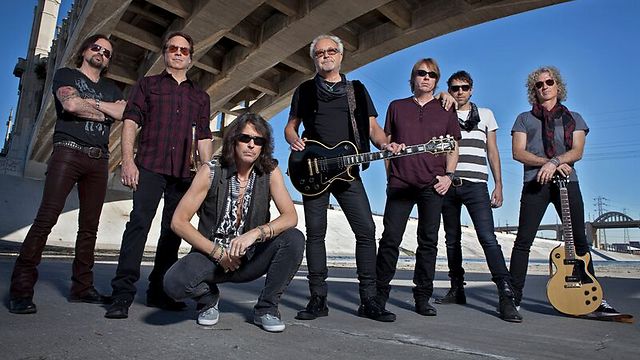 Foreigner not so foreign anymore

Foreigner is bringing the 80s back to Israel as they are set to perform on December 2 in Menora Mivtachim Arena. This will be their third performance in Israel.

The list of performances set for the year 2017 is expanding, and it appears this coming year will be one of the finer years for music enthusiasts.

Foreigner has recently celebrated 40 years together. The band was formed in 1976 by British musicians Mick Jones and Ian McDonald. They sold over 80 million copies of their albums across the globe.

Some of their greatest hits include "Waiting for a Girl like You," "I Want to Know What Love is," and "Cold as Ice." In 2012, the band members created new buzz when a number of their songs were included in the soundtracks of the movies Magic Mike and Pitch Perfect. This will be Foreigner's third time performing in Israel, after the sweeping success of their previous visits last year, when both performances were sold out. Ticket prices range from 229 to 699 shekels on Events website.