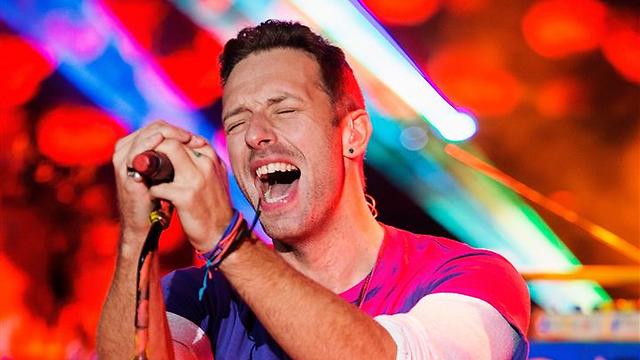 The Coldplay front man is again in Israel hoping to finalize deals for two performances—one in Israel and one in the PA—as part of a peace tour; this is the second visit he has made to Israel in three months.

Despite recently visiting last November, Coldplay's Chris Martin is set to land in Israel again on Thursday, if all goes according to plan.

Martin visited Israel to scout possible locations for a concert. He stayed for several days, but eventually returned to Britain without a concert deal.

In the months that followed, rumors abounded that a deal for a concert had been inked, but the band officially denied the rumors about a deal—but not that negotiations were underway.

The band is interested in performing two shows in the region, one in Israel and the other in the Palestinian Authority as part of a peace tour. However, in similar situations in the past, the Palestinian side has not agreed to "double" shows.

For example, a request by Leonard Cohen to perform in Ramallah was denied following a performance in Israel.

As such, it is currently unclear how the Palestinians will react or if Coldplay's idea is even feasible in terms of security. The possibility of Coldplay performing for Palestinians in Israel is also being examined.