Auschwitz. Every Israeli should visit that place to be able to appreciate what we have here
Photo: Reuters 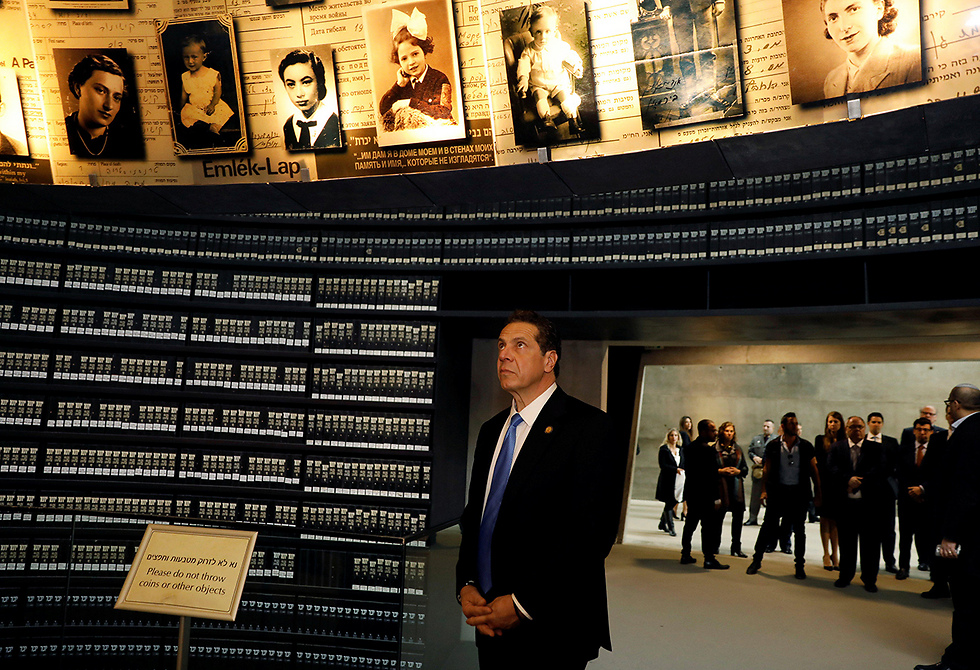 It’s time to recover from the Holocaust

Op-ed: After the state’s establishment, the new Israelis ignored the Holocaust. Then, suddenly, it was everywhere—in books, films, research, nightmares and curricula. The Holocaust became Iran and the Palestinians became Nazis. Once we heal from this huge shadow, we will finally be able to treat Jewish sovereignty as a done deal.

It’s time to recover from the Holocaust. First, we had Zionism, before my family came here. When Palestine was only favored by crazy young people from Europe. People stricken by dreams and ideals, stricken by stories about socialism, agriculture and an exemplary society. Few people had formed a national perspective before the Holocaust. The masses developed a herd mentality: The free people pursued the idea of integrating into their surroundings. Be a Jew in your home. And outside? Act like the gentiles. The religious pursued the belief that charity and prayer could make the evil go away. Any evil, any tyrant, any danger. Zionism was a minority, the Zionists were a handful, but both they and it were created before the Holocaust, when anti-Semitism and pogroms were still a bearable price—though an incomprehensible one—for most Jews. And then the Jewish state was established. The United Nations made a decision under the shadow of the Holocaust, the masses arrived under the shadow of the Holocaust, and the war of survival against the Arabs was waged under the shadow of history in general with the Holocaust as part of it.

New York Governor Andrew Cuomo at Yad Vashem, last month. A future-seeking state should change its visitors’ must-see site (Photo: Reuters)
At first, the new Israelis ignored it: The Sabra built homes and gave birth to a new type of Jews, from the sea and from the land. The horrors of the Holocaust were concealed. The history of the Diaspora disappeared, and Israel connected to the days of the Maccabees and Bar Kokhba, to Jewish force. Reparations from Germany were a bone of contention. Survivors were something to be ashamed of. The Holocaust was preserved for avengers who killed Nazis, for the Eichmann capturers from the Mossad and for people who came from “there” without saying where “there” is. And suddenly, the Holocaust burst forth and was everywhere—in books, films, research, children’s nightmares and kindergarten curricula. The Holocaust became Iran in the prime minister’s speeches, although Israel is a strong and sovereign state. The Palestinians became Nazis although we are a country with a strong army and they, fortunately, are Arabs with deep hatred and limited abilities. A country with an army that is capable of defeating Hamas in Gaza, if only it receives an accurate order rather than a vague one. Every European doormat who organized a Facebook page calling for Israel’s boycott became the Holocaust. Every left-wing provocateur used the word Nazism to describe the government or the state, and immediately rubbed his hands in glee at the sound of the astonished reactions. There were Nazis everywhere, in every national closet. Who knows, it may be part of a psychological phenomenon of a second-generation state that eats everything on its plate and is overly dramatic by default. Seven decades later, it’s time to heal. That’s what crosses my mind when I drive up to Jerusalem through Ein Kerem on the winding road reaching the height of israeliness. Mount Herzl, named after the pre-Holocaust Zionist visionary. The man of diplomacy and dreams. The mountain where the Holocaust museum and the cemetery of the nation’s great leaders are located. The Diaspora versus the nation state. Israel has turned Yad Vashem into an obligatory site for foreign visitors, the site which explains us, the site which binds us. That’s the biggest mistake of the products of Zionism. The Holocaust is a part of history, but it's not the most essential part of it. If a future-seeking country is looking for a must-see site for a visiting foreign minister, it must alter its memory. Israel’s heritage is the City of David. A must-see site for a foreign leader could be found at the museum of the history of Zionism yet to be established in Degania, Bar Giora or Kfar Etzion (way before a museum for the six million murdered Jews). The stories of Nitzana and the convoy of 35 Hagannah fighters. Homa U’Migdal (the Tower and Stockade settlement method in mandatory Palestine), Burma Road and Gei Oni (Valley of Strength). The State of Israel, which was known as the orange nation before becoming the high-tech nation. The hundreds of thousands of dunams of orchards planted in the country in only one decade of Zionism. The source of income of the Jewish and Arab pioneers who lived here before becoming Palestinians. The Weizmann Institute and Hebrew University, the high-tech and technological developments. The Holocaust is but a huge shadow. And when that happens and we recover from the Holocaust, we will finally be able to treat Jewish sovereignty as a done deal. To remove the Diaspora from the Jews, years after the Jews left the Diaspora. To impose law and order—for everyone, without communities and sectors. To care for the elderly—those who grew up in Morocco and in Yemen and who need help, as well as those who were Holocaust survivors as children. To define the Jewish people’s nation state in a constitution and not just through what was done to us in the Holocaust. One of the strongest experiences in my life was visiting the camps in Poland in uniform as part of a reservists’ company commanders course after the Second Lebanon War. It turns your stomach. Comparing my family’s life then to my family today creates a solid foundation of faith in Zionism. Every Israeli should visit that place to be able to appreciate what we have here. Visit, fly, see, smell, weep and return—rather than keep living here throuigh what had happened there.