Netanyahu. The word 'leftist' is both an indictment and a conclusive conviction
Photo: Alex Kolomoisky 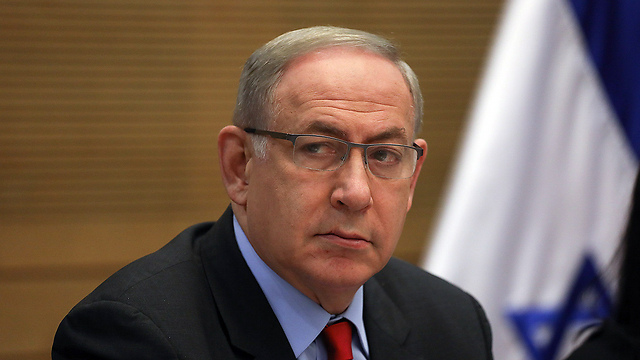 Op-ed: One of Prime Minister Netanyahu’s great ‘contributions’ to the Israeli discourse is turning the definition of ‘left’ into a curse, an accusation and a condemnation and turning any legitimate argument into an identity conflict.

In a video released last week, Knesset Member Erel Margalit (Zionist Union) proudly declares himself a leftist. “Since Rabin’s murder,” he says, “we have hung our head. We are leftists, and we love Israel just as much as anyone else. It’s our country. It belongs to all of us.”

Margalit is running for chairman of the Labor Party, and his chances, according to observers in the party, are not particularly high in light of the current composition of party members. But his video is actually important, and it’s important because it reflects an internalization of a basic problem that the Israeli Left is dealing with—the delegitimization of its actual existence.

Yesh Atid leader Yair Lapid often says that there are more people in the State of Israel who define themselves as vegetarians than people who define themselves as leftists, and he is probably right. One of Prime Minister Benjamin Netanyahu’s great “contributions” to the Israeli discourse is turning the definition of “left” into a curse, an accusation and a condemnation. He took this labeling straight from the American reality, which he is so fond of: There, in the conservative circles, the word “liberal” is uttered as if it were a disease. In Israel, the success was much greater. From “the leftists have forgotten the meaning of being Jewish” to this very day, Netanyahu is busy turning any legitimate argument into an identity conflict. In this conflict, the word “leftist” is both an indictment and a conclusive conviction.

Prime Minister Netanyahu. The Israeli discourse has been drowning in a toxic ocean of labels (Photo: Ohad Zwigenberg)
“Make it political,” Netanyahu used to tell his people repeatedly every time they faced the opposition’s arguments, and that’s what they did. Since then, the Israeli discourse has been drowning in a toxic ocean of labels, the most powerful and fatal one being “leftist,” and it has been joined by “Haredi,” “settler,” “Ashkenazi” and more, as far as the bubbling hatred can reach. Now, there is some pathetic attempt to create an opposite poisonous labeling: Those swear with “leftist,” and those curse with “national-religious, worse than Hezbollah.” Both sides are forgetting that, in the end, we all live here together. That’s not just a saccharine slogan—it’s a fact which requires a certain behavior. There are those who accuse the Left of bringing about its own collapse and poisonous labeling through its mistakes, but these people usually forget that Netanyahu began the delegitimization project in the 1990s—way before Camp David, Ehud Barak, the second intifada or some imaginary “radicalization” of the camp’s margins. The truth is much simpler and much more depressing: Netanyahu is willing to eliminate the legitimate Israeli discourse, because it’s easier to unite “the base” that way. A normal political system cannot exist without some kind of balance between right and left. When was the last time you heard Netanyahu or his sycophants talk about the legitimacy of a political discourse in Israel or say that people should listen to opposing views, and listen to them respectfully? Alexander Hamilton, one of the founding fathers of the United States, is said to have physically prevented a lynching at the beginning of the American Revolution. An angry mob arrived at the home of a loyalist who supported the abominable British rule, but then Hamilton showed up and told them that a revolution was not enough—it had to be “respectable.” He managed to save his rival’s life. The Israeli discourse lacks any mutual respect. It regularly invalidates the rival’s arguments by using his identity. That’s low, and most importantly, it neutralizes the option of logically considering the issue.

The government—any government—should know that the public is not a mechanized puppet which is activated through a poisonous magic slogan. Israel is the only state in the world which was founded by left-wing parties, with a clear socialist agenda. They didn’t rise to power in elections or through a revolution. They actually founded and ran the state. The Zionist project was run by them continuously from the 1930s to 1977. One cannot erase this heritage, even if one opposes it. We need renewed legitimization for the word “left.” And by “we,” I mean the Israelis.