Most Muslims were not part of the culture clash, but they failed to prevent it
Photo: Reuters 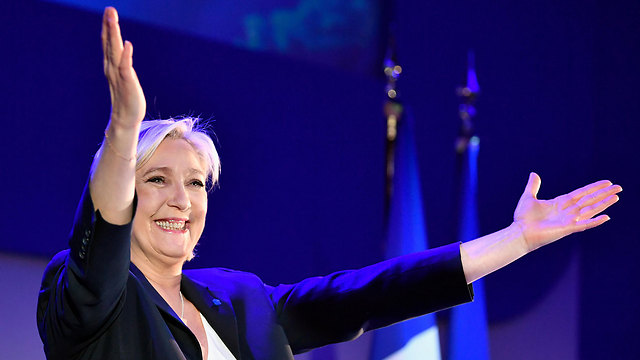 Op-ed: European states have been reshaped following the massive waves of immigration from Muslim countries, bringing suspicion and hatred back to the continent. All polls reveal that liberal Western Europe is more afraid of Muslims than of anything else, regardless of their real number in the population.

In the history book of this region, it will be written that Turkey was Islam’s last attempt to establish a democratic state. Once it became a dictatorship, with a sultan named Erdogan, there were no free Muslim nations left in the Middle East. A family’s wealth and class became the only criteria that provided Muslims with freedom.

Most were unlucky: Families of poor peasants, with no education and no promotion options. A middle class making a few dollars a month and a handful of rich. The leaders cared for themselves and for their families. There wasn’t a single leader of a Muslim state with a modest bank account. Hundreds of millions of dollars lay in European accounts. Erdogan had palaces with hundreds of rooms, and even the Palestinians' leaders had something to retire with on a rainy day.

The dark era which Europe experienced in the Middle Ages surrounded the Muslim nations in the Middle East. The Golden Age, the education, the philosophy and the innovation of the past faded away in modern Islam. No scientific achievements, no Nobel Prizes, no progress and rights for women, children and poor people.

French presidential candidate Marine Le Pen. An unprecedented achievement caused by Islam (Photo: Getty Images)
There is only one area in which Middle Eastern Islam prospered and had an influence—Western politics. European states were reshaped thanks to or because of Islam. Massive waves of immigration from countries where Islam became a religion and a state crashed onto the continent’s shores. Many wanted to integrate, but those who didn’t set the tone. The wealthy Saudis’ money funded madrasas and incubators of religious radicalization in Europe. The radicalization created terror, in small numbers, tactical blows with a strategic effect. From American, which suffered the 9/11 attacks, to Europe—the street consciousness was self-defense. Europe—which massacred and murdered six million Jews, and which expelled an intellectual and scientific elite and many religious Jews, farmers and merchants, during the Holocaust—received tens of millions of Muslims in the following century. Representatives of the third, failed world. Representatives of the region where Muslims massacre Muslims, and where there is no ability to deal with human rights or progress. A region where calm is the result of dictatorship, use of force and oppression of the masses. All the polls revealed that liberal Western Europe was more afraid of Muslims than of anything else, regardless of their real number in the population. The desirable situation faced reality: Political correctness versus primeval fears, the slogans about emigration and integration versus the Muslims who brought their home to European, the Sharia laws versus freedom of religion, short dresses and bikini versus the burka, which reflected the woman’s oppression. Most Muslims were not part of the culture clash, but they failed to prevent it. The syndrome of the scared and quiet crowd immigrated to Europe with therm. The religious radicals, the imams in the mosques and the videos which attracted young people to the Islamic state determined their future, as well as the future of all of Europe. It took time before they managed to say it out loud. It’s not easy to create a link between religion and culture and a sociological failure. A person is a person regardless of his or her religion, race and sex, but no one managed to explain in nicer words why there is not a single Muslim democracy in the Middle East, why there is no ability to create freedom of press and minority rights, and why the only place where people managed to create liberal and democratic values, along with economic prosperity, was a Jewish state with Muslim residents too, rather than a Muslim state with Jewish and Christians resident too. How could one explain this in Europe without being suspected of racism, Islamophobia, xenophobia or fascism? And all this on the backdrop of the darkest period in the history of Europe—the Holocaust. All these questions remain outside the fence, forbidden and dangerous. Questions which opened a new era in the European continent. Now, put down the history book and look around.

Marine Le Pen’s unprecedented achievement in France; the development of extreme right-wing parties in Germany, Hungary, Poland, Austria and Holland; US President Donald Trump and his anti-Muslim campaign. The Western world is changing, and this change was caused by Islam. It is bringing back the suspicious and hating Europe. This is not just an internal matter of emigration and a clash of civilizations. In what is still considered the margins of the Right and Left in Europe, it is accompanied by Holocaust denial and hatred of Jews—only this time, the Jews have a state. They have written their own book. In the European book, however, this chapter is being written as we speak.