Minister Gilad Erdan, who is in charge of the battle against the boycott movement
Photo: Ohad Zwigenberg 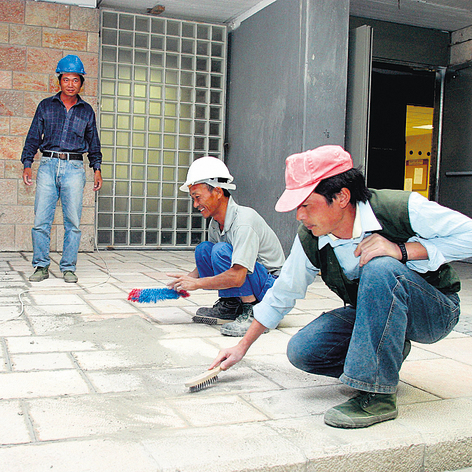 Op-ed: By signing the agreement to bring 20,000 Chinese construction workers to Israel and accepting China’s demand that they would not be employed in the territories, the government gave up the battle against the BDS movement.

It’s hard to find an issue that the government’s ministers are dealing with more intensively than the battle against the BDS movement. Gilad Erdan, the minister of public security and strategic affairs, is also in charge of the battle against the boycott movement. Israel’s embassies and attachés around the world are preoccupied with the issue and allotting significant resources to the battle.

The “boycott law” states that any individual calling for a boycott of Israel or of communities in the territories may be sued for damages. Some ministers and Knesset members are persistently persecuting activists and organizations calling for such a boycott. Indeed, it is an mammoth patriotic battle.

Earlier this week, however, the Israeli government itself gave in to the anti-settlement boycott, by approving an agreement with China to bring in 20,000 Chinese construction workers to Israel after the talks leading to the deal had been stalled for years, mainly because of China’s demand to receive a governmental guarantee that the workers would not be employed in construction sites in the settlements.

In the agreement signed this week, the Israeli government accepted the demand and signed a clause stating that the workers would work in areas agreed upon by both parties. In other words, Chinese workers will not be employed in settlements. There is apparently no problem giving up national pride and the battle against the boycott movement in favor of a chance to reduce housing prices.

Let’s put the ministers’ hypocrisy aside and consider the meaning of the decision to bring 20,000 work migrants to Israel. It’s clear why the building contractors and manpower organizations are interested in foreign workers—they are obedient, they are willing to work an almost unlimited number of hours, and they won’t complain or sue their employer when the labor laws which concern them are violated. In addition, some of these bodies charge thousands of dollars in commissions from the workers for the right to work in Israel, turning their work into debt bondage.

Those who stand to lose from the import of work migrants, on the other hand, are the Israeli workers—mainly poor people without an education, many of whom are Israeli Arabs. The importing of foreign workers is creating unfair competition based on the violation of labor laws and pay cuts. It’s no coincidence that foreign workers are imported in industries like construction, agriculture and nursing, where the employees belong to weakened groups. It’s hard to imagine a similar import of thousands of engineers to the high-tech industry.

It’s quite puzzling that we have not heard any protest from the Histadrut labor federation, which is supposed to represent the construction workers’ interests, as many of them pay membership fees and professional negotiation fees.

Palestinian construction workers stand to lose from the agreement signed with China as well. The Israeli government, which includes some ministers who support an “Economic peace” —peace that does not involve giving up on lands but only improving the economic situation of the territories’ residents—could have, instead of bringing in construction workers, provided a proper livelihood to thousands of unemployed Palestinian workers who are living in economic distress.

As noted by Hanna Zohar of the Worker’s Hotline, the Israeli construction industry employs some 20,000 asylum seekers who may also suffer from the import of foreign workers. And finally, different studies conducted throughout the years indicate that Israel’s construction industry is technologically lagging behind and is stuck in the 1960s, as a result of the import of work migrants. Importing cheap labor hinders technological progress and leads to an almost complete absence of professional training for the industry’s workers.